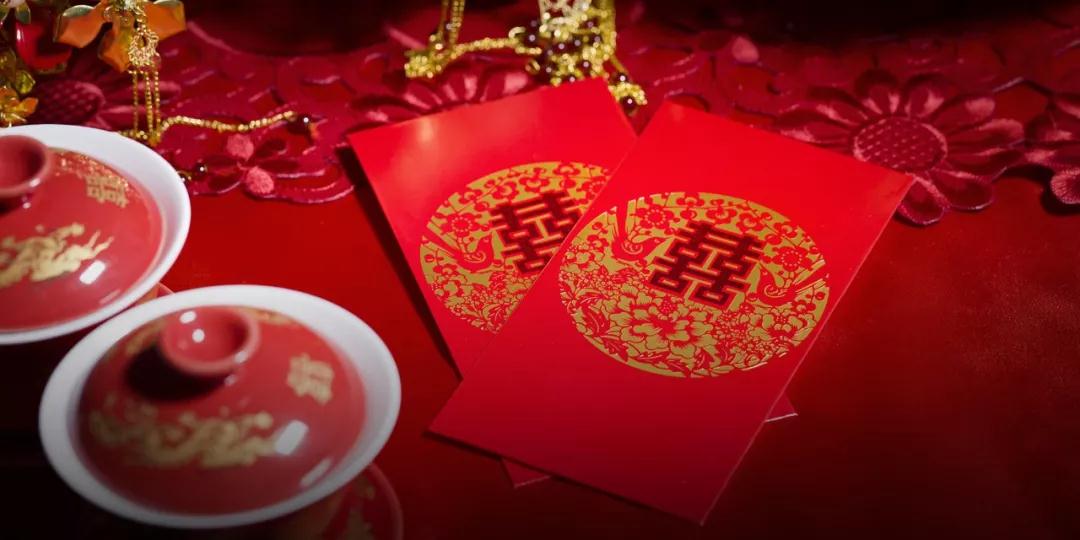 As a young person of marriageable age in China, my bank balance is regularly hit hard by the custom of giving fenziqian, or gift money. Chinese tradition dictates that friends and family gather together during life’s most significant events, showering loved ones with cash at weddings, births, New Year celebrations, and funerals.

These days, more and more of my friends are getting married. Like many of my peers, whenever I receive a wedding invitation, I feel both joy and despair: joy because it warms my heart to see my friends happy, and despair because I have to fork out more money as a gift. During the wedding season — in China, between May and October — this custom really puts a strain on my finances: My friends even refer to the crimson wedding invitations as “red bombs,” thanks to their unnerving ability to annihilate our savings.

In China, we give different amounts of gift money depending on where you come from and your relationship to the recipient. Recently, a viral post on the Chinese microblogging website Weibo told the story of an unfortunate wedding attendee in Ningbo, a port city in eastern China’s Zhejiang province. The man neither hailed from Ningbo nor knew the bride and groom particularly well, so he brought a symbolic gift of 100 yuan ($15). But when he got to the wedding, he was treated to a lavish banquet of sea crab, clams, and lobster. As he departed, the newlyweds even gave him an elaborately decorated box of cookies. Feeling somewhat chastened, the man recounted his experience online, only to find that netizens from southern China’s Guangdong province were the only ones thrifty enough to empathize with his plight. The majority of people said he should’ve given the couple at least 1,000 yuan.

China was traditionally an agrarian society, one in which people formed close-knit social networks and leaned on each other for support. In times of need, gift money worked like modern crowdfunding: Everyone would contribute a little bit of money to help other families pay for their special occasion.

The giving of gift money grew more popular during the late Ming and early Qing dynasties, when it came to be viewed as a symbol of social status. Many people saw a direct correlation between the amount of money you received in gifts and the esteem in which others held you in the community. The act of giving money took on a markedly competitive edge as people strove to stuffing red envelopes with thick wads of banknotes — a form of showing respect to the recipient — in the hope that they, in turn, would receive a healthy windfall in the future.

However, the tradition fell into decline during a series of campaigns spearheaded by the Communist government after reuniting China in 1949. The government decried gift money as an excessive habit of a feudal era at a time when it intended to wipe out social divisions based on monetary wealth — at one stage even going so far as to abolish paper money and replace it with a system of work points. While gifts were still given on special occasions, they were often items of political value, such as compendia of Mao Zedong’s works.

As the state receded from people’s lives in the 1970s and 1980s and China began to develop its market economy, gift money gradually regained its status as an acceptable wedding custom. Yet during those two decades, living standards in China were low, and people favored giving material gifts instead of money. These gifts were usually goods of practical value, like bedding, washbasins, or blankets.

While China’s economy grew rapidly in the 1990s and most people became wealthier, gift money once again became a common way of expressing well-wishes. People once again stuffed money into hongbao, or decorative red envelopes designed to signal the sender’s generosity. In poorer and more remote areas of China, however, gift money retained its original role as a way of pooling cash within the community in order to provide a family with financial support.

But China’s relentless drive toward urbanization has ruptured many of the ties that traditionally bound together rural communities. This has largely sidelined the use of gift money as a crowdfunding exercise, meaning that it now exists primarily as a way to maintain relationships and show respect to others. Broadly speaking, middle-aged and elderly people remind the younger generation to give generously on special occasions, even though more and more youngsters are liberating themselves from the social structures in which gift-giving emerged as an important custom.

Symbolic gestures, like the 100-yuan note given by the abovementioned wedding guest, are quite rare; nowadays, it is only common among communities in Guangdong and other areas of southern China, where people have historically valued practicality over excessively lavish shows of wealth. Even today, many southerners who receive gift money will simply fold a corner of the bill and give it back to the sender at the end of the ceremony, signifying that the gift was received and that they are thankful for the gesture.

But in most Chinese cities, numerous people still give significant amount of cash to avoid social embarrassment. As a rule of thumb, it’s normal to give between 500 to 800 yuan to colleagues or friends when they get married. Close friends should give at least 1,000 yuan, but wealthier (or excessively munificent) people sometimes give five-figure hongbao. This trend persists in spite of the fact that China’s annual per-capita disposable income amounted to less than 24,000 yuan in 2016 — meaning that, if five or six friends get married in the same year, the average person might have to part with a quarter of their spending money.

As a result, people in certain less developed regions attempt to “earn back” their gift money or even “win back” more than what they originally gave. In most cases, they do this by hosting all sorts of lavish events at the drop of a hat, knowing that many guests will be duty-bound to bring gift money. Birthdays, homecomings, and graduations all become excuses to hold a party; and so, vast sums of money change hands several times during the year. Last year, state media agency Xinhua reported that residents in a rural district of Chongqing, a megacity in central China, attended an average of 200 feasts per year, each giving a total of 40,000 to 50,000 yuan in gift money. For villagers who with low incomes, wedding season could push them to the brink of bankruptcy.

The growing number of young people in urban centers who feel disillusioned with gift money and the social pressure it entails speaks to China’s changing social values. The country’s urbanization drive is creating a society of strangers; instead of relying on interpersonal ties, people now have more functional or contractual relationships that emphasize individualism over the collective good and do not need to be formalized through monetary compensation. More and more young people see gift money as a pointless way of commodifying genuine friendships at unnecessary personal expense.

Four decades of urbanization has still not completely obliterated China’s historically relationship-oriented society: Even today, some villages have their own regulations governing how much gift money is sensible to give to others, in an effort to crack down on ostentatious — and often ruinous — displays of wealth. Yet in the cities, youngsters are eschewing gift money in favor of giving a carefully selected gift, a trend that allows gift-giving to regain a measure of its original purpose: the simple expression of goodwill.