How China’s solution to poverty can be applied to Africa 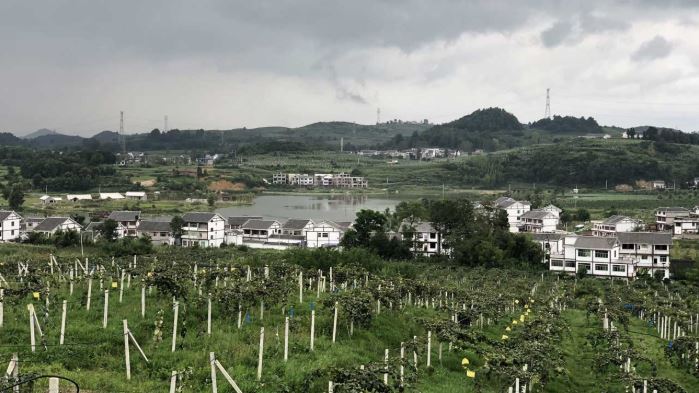 China has just hosted a field trip for delegates from African countries attending the China-Africa Poverty Reduction and Development Conference from Aug. 15 to 17. The trip took them to what was previously an impoverished region in the country.

Nestled deep in Wumeng Mountain of southwest China’s Guizhou Province, Bijie used to be one of the poorest regions in China. Thirty years ago, many farmers in far off mountain villages only made a few hundred yuan a year, often worrying about their next meal.

But life for farmers such as Zhou Xiaojun has gone through a complete overhaul through China's massive poverty alleviation campaign.

"My family used to only make a few thousand yuan a year. We used to live in a house built with asbestos. The village had no plumbing or paved road. When it rained, the house leaked, and the road would get so muddy that I had to wear water boots," Zhou told CGTN.

Then Zhou got the opportunity to move to a new house in Xingfu Second Village, a new village built by Evergrande Group, a major real estate company in China. The company also built greenhouses, factories, and even a breeding farm for purebred Angus cattle.

Now Zhou works in the greenhouses at a five-minute walk from his home, and enjoys all the public services he needs. One of the walls in his house is even filled with commendations for his daughter's work at school.

The scheme in Bijie isn’t very complicated and is applied widely to other parts of China: first, a major enterprise builds the houses for the impoverished to be relocated to, as well as farms and factories to provide them with employment, so the villagers can live in their new homes sustainably. Then more companies come in to run the farms and factories. The local government works as a middleman, distributing houses and jobs, and mediating any conflicts that arise.

This is China's solution to poverty, but delegates from Africa touring the projects believe that the country’s experience is transferable to the continent.

"What is important is the adaptation of concept and model," said Nonofo Ezekiel Molephi, a minister from Botswana. "Every country can identify and find their own programs to deal with poverty at the level of their own communities. For me, all the experiences in China are adaptable and can be used across the globe."

Chuanyan Cun was another village that used to suffer from poverty and natural disasters, such as mudslides due to overexploitation of the land. Guizhou is the only province in China without arable flatland, so locals had previously tried to claim forest in the mountains and turn them into farms.

Local government attempted a more sustainable and profitable way of development, turning the farms back into forest and cultivating "under-the-forest" agriculture, that is, intercropping traditional Chinese medicine and edible fungus in the forest. The average income of local villagers increased by a factor of 45 from 1987, to 9280 yuan a year.

Kwati Candith Mashego-Dlamini, South Africa’s deputy minister of rural development, believes that her country and China share many similarities in terms of natural resources and environment, so what works for Chuanyan Cun might also work for South Africa.

"What we are seeing here is that there is forest, but there are also activities happening under the forest. There are agriculture and tea planting," said Mashego-Dlamini. "I think intercropping is working very well here. I really feel we can take this idea and take it home to South Africa."

However, many issues still impede African countries from lifting its people out of poverty, such as insufficient technological development.

In an interview with CGTN, Emmanuel Freddie Mugunda, Uganda’s deputy minister of science and technological innovation, told us that "Uganda is a very large producer of banana, but we lack the proper technology for post-harvest handling."

He added, "All we do is cut the banana and it falls to the ground and gets patches. When we export it, it won't get a good price. So, you need to produce it at a large scale, but you also need the technology to manage the post-harvest handling."