BEIJING, Feb. 19 (Xinhua) -- China's economy continued to gather steam during the Spring Festival period, although millions of people have stayed put for the weeklong holiday starting on Feb. 11, which usually sees mass migration across the country. 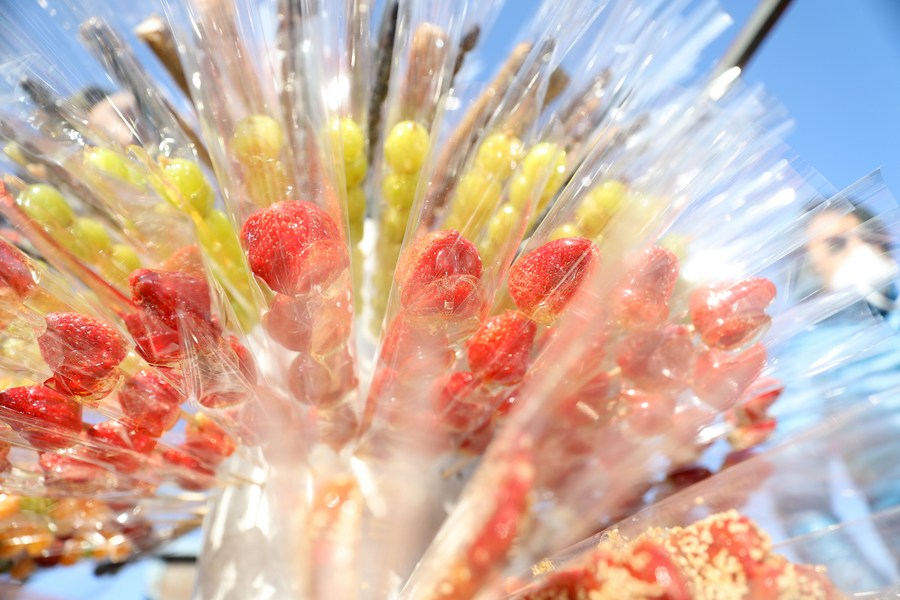 Check out how Chinese people contribute to the Spring Festival economic boom under "stay put" policy.

Consumer spending during the Spring Festival golden week surged noticeably, with the combined sales of retail and catering enterprises rising 28.7 percent year on year to 821 billion yuan (about 127 billion U.S. dollars), according to the latest statistics from the Ministry of Commerce. 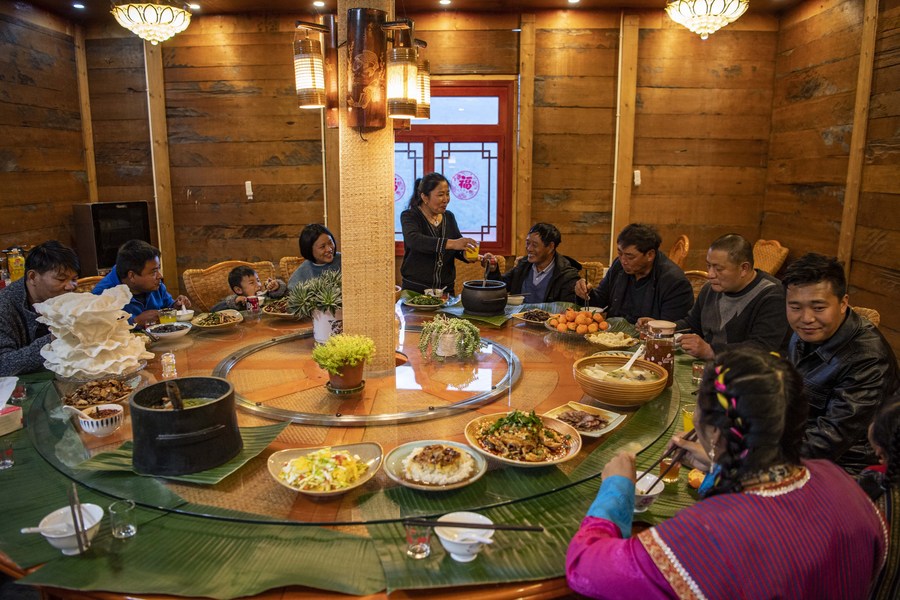 Zhang Chunhuan and his family members have dinner on the eve of the Chinese Lunar New Year in Medog, Southwest China's Tibet Autonomous Region, Feb. 11, 2021. 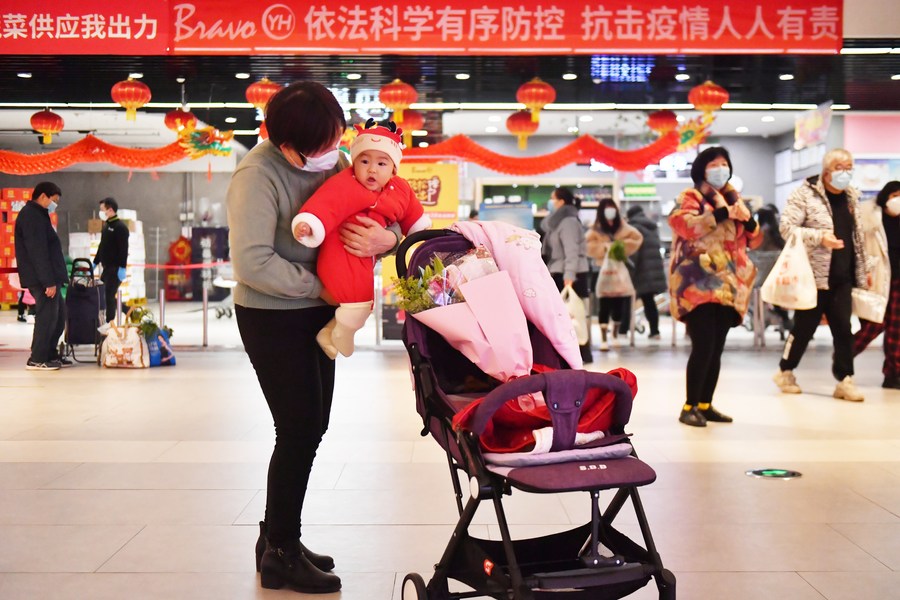 People shop at a shopping mall in Daxing District of Beijing, capital of China, Feb. 10, 2021.

From Feb. 11 to 16, online payments through the China UnionPay network, the country's largest bank card payment processor, reached 1.18 trillion yuan, up 3.9 percent year on year and hitting a record high.

The collection volume was close to three times that of the same period last year, and the delivery volume was three to four times greater. 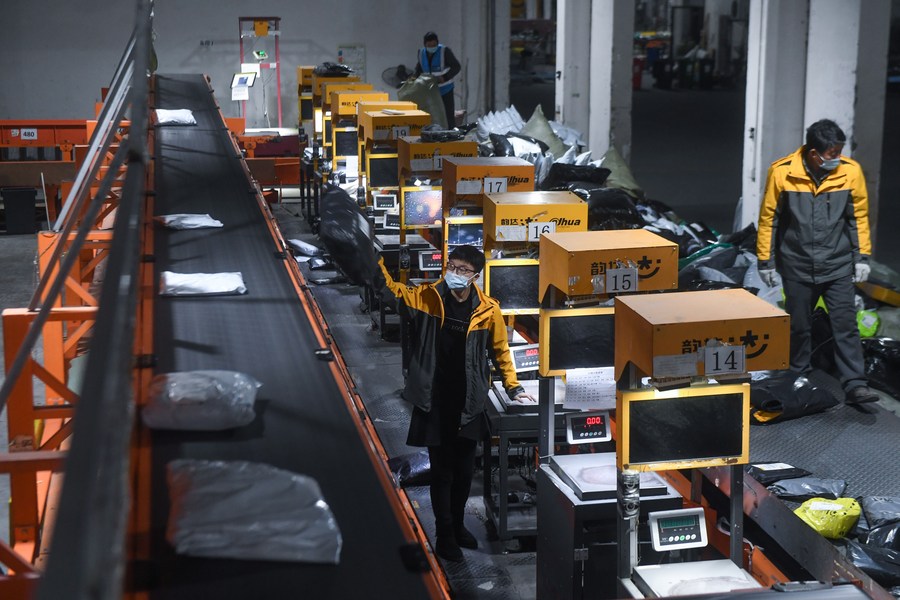 The country has encouraged people to stay put over the holiday to reduce the risk of infections during the travel rush. Unable to attend family gatherings, holiday parties and get-togethers, many chose to send gift parcels or make purchases online for their families and friends across the country, pushing up logistics demand.

The Spring Festival box office during the weeklong holiday reached 7.82 billion yuan, beating 2019's record of 5.9 billion yuan and setting many world records such as the highest single-day box office and weekend box office in a single market. 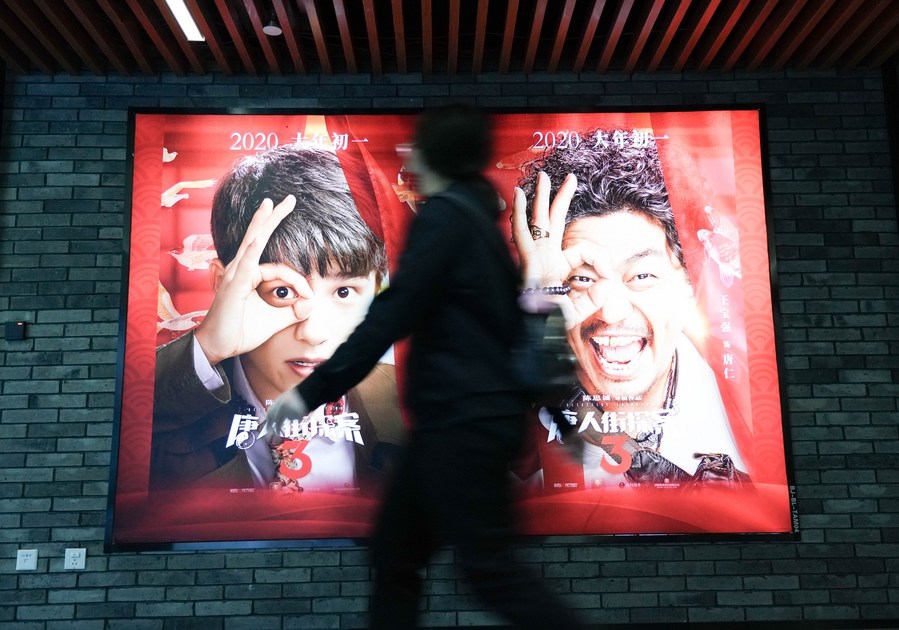 A pedestrian walks by a poster of movie "Detective Chinatown 3" in Beijing, capital of China, Feb. 17, 2021.

The jump-start in China's Spring Festival box office came after the COVID-19 outbreak forced the unprecedented cancellation or postponement of movie releases during the same movie season in early 2020, and moviegoing has become an increasingly prominent pastime for Chinese people during this holiday. 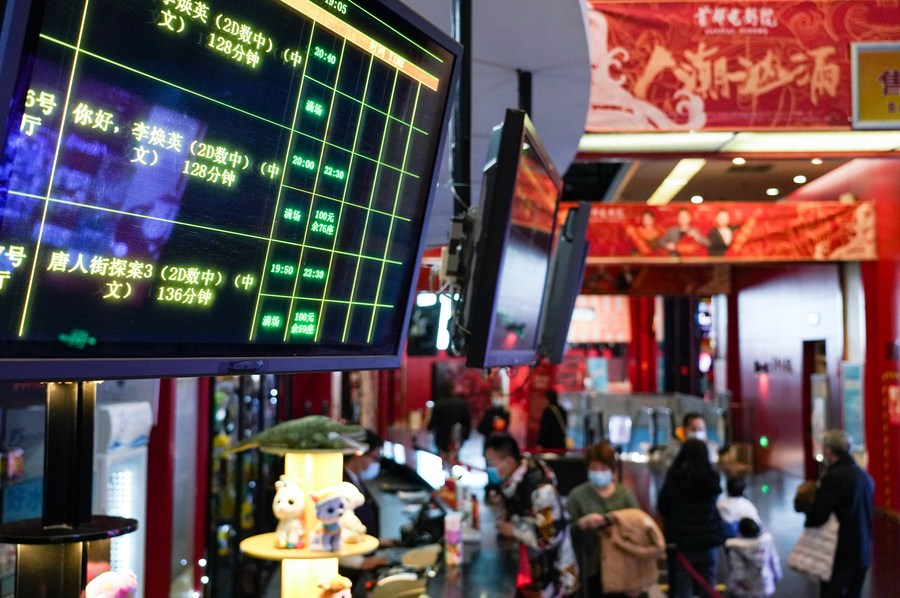 From Feb. 12 to 15, although the number of travelers increased by 162 percent year on year, the per capita navigation mileage decreased by 30 percent, indicating that more people opted for short-distance travel, according to Gaode Map.

The holiday witnessed growth in "hotel vacations" involving hot springs, parks, and family and romantic getaways, while local ticket-booking orders increased by over 300 percent compared with the Spring Festival in 2019, data from online travel agency the Trip.com Group showed.

Meanwhile, the accommodation consumption in the suburbs of Beijing including Yanqing, Miyun and Huairou tripled year on year, while that in the suburbs of Shanghai such as Chongming, Qingpu and Jiading almost doubled, industry data showed. 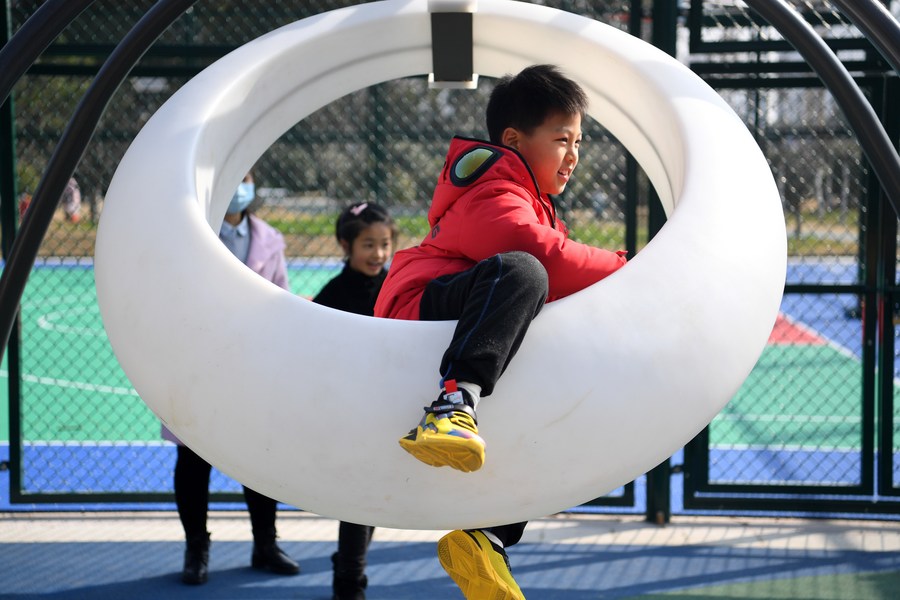