How expressway network joins up China

The first Chinese mainland expressway opened to traffic in 1988. Construction has advanced in leaps and bounds since then to link virtually each city with a population of over 200,000 in China. Today's China has 160,000 kilometers of expressway, first in the world for nine consecutive years. 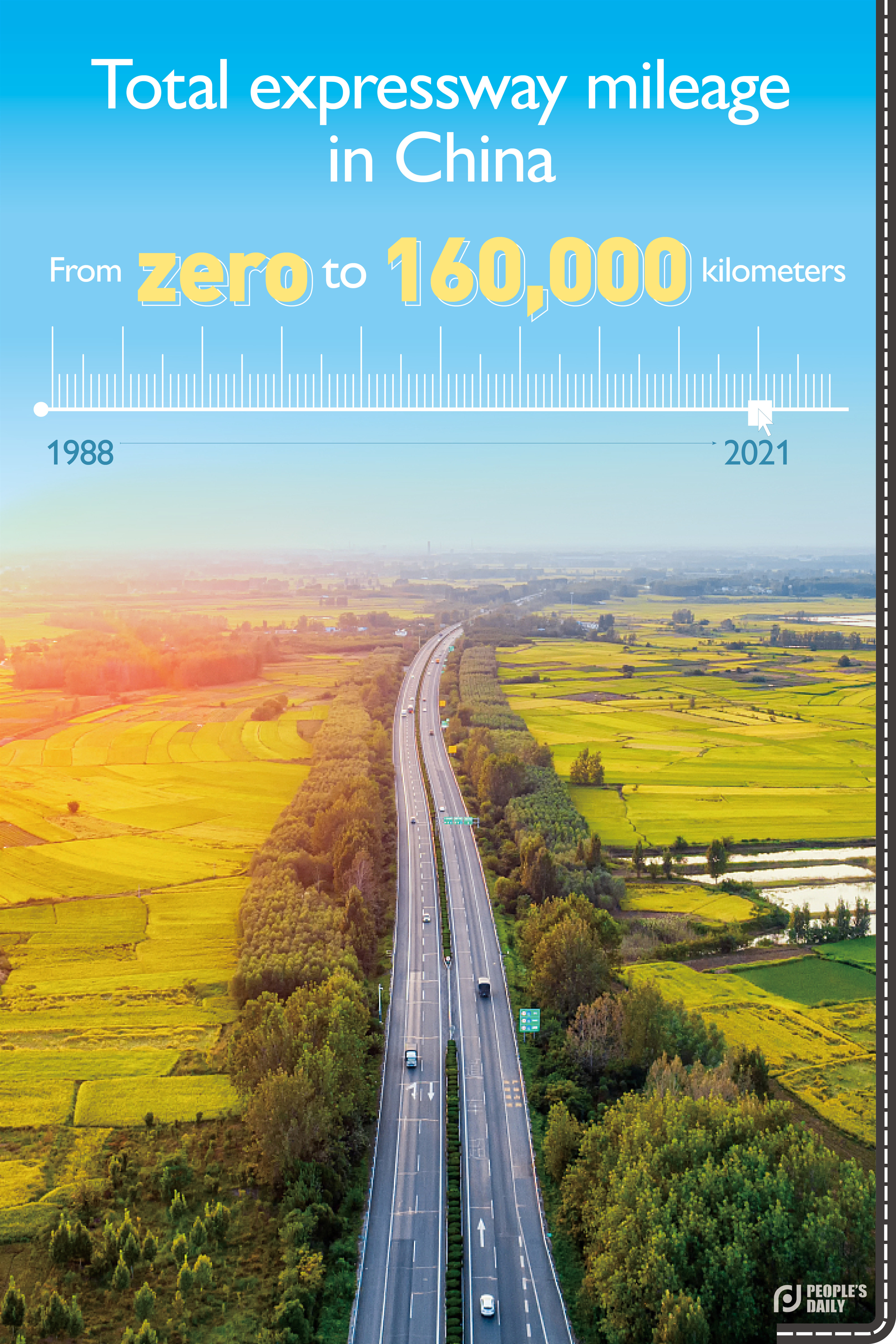 Poster designed by He Shan

This network of expressways hooks China up by facilitating the movement of goods and people. The Chinese people can see for themselves the country's splendid scenery and feel the vitality of a booming country. 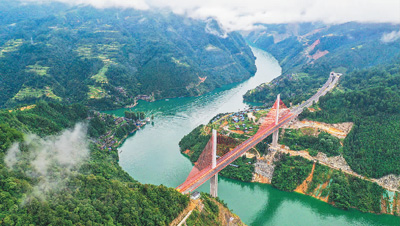 Traffic is busy on the Shanghai-Tongxi Expressway and the Shanghai-Suzhou-Nantong Yangtze River Bridge. The world's first highway-railway dual-use cable-stayed bridge has been open for a year, connecting and integrating the coastal area of the Yangtze River Delta. (Photo: visual.people.cn) 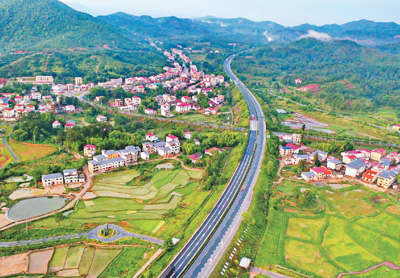 There are Hakka houses and verdant countryside on both sides of the Huichang section of the Xiarong Expressway in Ganzhou city, Jiangxi Province. The "expressway + characteristic industry" and "expressway + rural tourism" development models expedite rural revitalization and prosperity. (Photo: visual.people.cn) 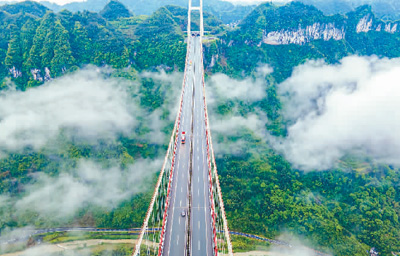 The world’s longest bridge, the Aizhai Suspension Bridge on the Baotou-Maoming Expressway is shrouded by clouds in the Xiangxi Tujia and Miao autonomous prefecture, Central China’s Hunan Province. (Photo: visual.people.cn) 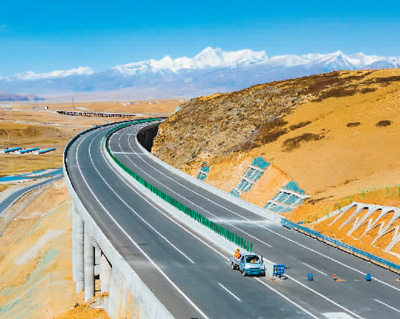 This section of the Beijing-Tibet Expressway from Naqu to Yangbajing in the Tibet Autonomous Region is about to open to traffic and so improve the overall Tibetan road network. (Photo: People's Daily)