CHINA How important is Chinese market to multinationals: Analysis

How important is Chinese market to multinationals: Analysis 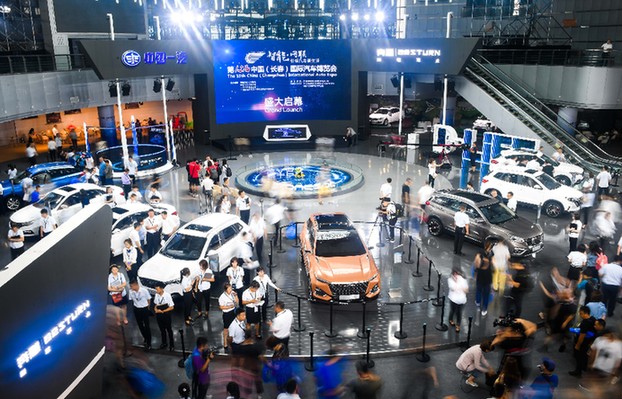 The surprise warning of lower sales revenues in the fourth quarter of 2018 by top US smartphone maker Apple Inc. sends stock markets into deep fall on Thursday, leading to the question of "how important is the Chinese market to multinationals?"

Apple CEO Timothy Cook announced on Wednesday night that Apple revised lower its forecast of revenue to $84 billion with a gross margin of about 38 percent for the first quarter of fiscal year 2019, which ended on Dec. 29. It was its first forecast slash in more than 15 years.

Cook put the blame on weaker economic growth in China. Although the specific reason is highly arguable, he is right at least on one point: the Chinese market is critically important to Apple.

"While we anticipated some challenges in key emerging markets, we did not foresee the magnitude of the economic deceleration, particularly in Greater China," said Cook in a letter to investors later Wednesday.

Greater China is an informal term usually used by multinational companies to refer to their business operation area that encompasses the Chinese mainland, Taiwan, Hong Kong and Macau.

"In fact, most of our revenue shortfall to our guidance, and over 100 percent of our year-over-year worldwide revenue decline, occurred in Greater China across iPhone, Mac and iPad," said Cook.

Cook's saying may not be agreed by many, considering that Apple's pricing policy has been widely criticized and China's local brands such as Huawei and Xiaomi have been encroaching on Apple's market share. It's the result of market competition, rather than economic deceleration.

A report published by International Data Corporation in mid-2018 indicates that Apple lost to Huawei as a smartphone maker in terms of global market share.

Statistics show that in the first 11 months of 2018, Apple's shipment of smartphones fell by 1 percent, in sharp contrast to Huawei and Xiaomi's increase of 28 percent and 9 percent, respectively.

Tech stocks in general have already been on the ropes before the latest announcement by Apple Inc. and stock prices of Apple Inc. dropped to less than $160 per share from some $232 in October 2018, noted Barbara Rockefeller, founder and president of Rockefeller Treasury Services Inc., on Thursday.

"A more important point might be that US multinationals get about 40 percent of total revenue from foreign markets," Rockefeller said, explaining how a giant shortfall in the single product iPhone from the Greater China region wiped out Apple's double-digit growth elsewhere.

While it's too early for Cook to blame economic deceleration for Apple's market setback, a global economic deceleration is highly possible, given the break-ups of world trade order, increased trade barriers and market restrictions targeting specific companies in 2018. Some pessimistic economists have even projected an imminent global recession.

If that happens, it would be much more than 1 percent drop in shipment for Apple products.

Cook's announcement triggered widespread concerns on a slowdown of global economic growth and partially resulted in a more than 2 percent drop of US stock markets, material weakening of the dollar and a dive of yield rate with Treasury bonds on Thursday.

Apple's stocks have turned bearish since Nov. 20, 2018 and now are 37.68 percent lower than its historical high of $232.07 per share set on Oct. 3, 2018, despite over 1.7 percent of rebound in the early morning session on Friday amid an overall rise of US stock markets.

The Greater China region has contributed around 20 percent of sales revenues to Apple's total in the last three years. It generated 51.94 billion dollars of revenues for Apple Inc. in the fiscal year ending Sept. 30, 2018 with a year-on-year growth of 16 percent.

"China's economy began to slow in the second half of 2018. We believe the economic environment in China has been further impacted by rising trade tensions with the United States," Cook said.

The earnings of S&P 500 companies would drop 15 percent if an all-out trade war takes place between China and the United States, according to a forecast by Goldman Sachs in July 2018.

It's a natural progress for Apple Inc. to see a drop of demand from emerging markets as markets get saturated and a trade war looks like a background factor, said Rockefeller.

Apple's case is telling a true story of how important the Chinese market is to multinational companies, including those of the United States.

On Thursday, the shares of US companies with heavy Chinese presence like Boeing, Caterpillar, GM and Qualcomm shed 3.99 percent, 3.92 percent, 4.16 percent and 2.96 percent, respectively.

US aircraft manufacturer Boeing generated $93.392 billion of revenues in 2017 with the Chinese market accounting for 12.75 percent of the total.

With over 20 factories, multiple research and development centers as well as logistics and parts centers, heavy equipment maker Caterpillar employs over 10,000 people in China, accounting for over 10 percent of its total employment.

In 2017, Caterpillar's sales in the Asia-Pacific region increased 23 percent primarily due to an increase in construction equipment sales, mostly in China, according to the company.