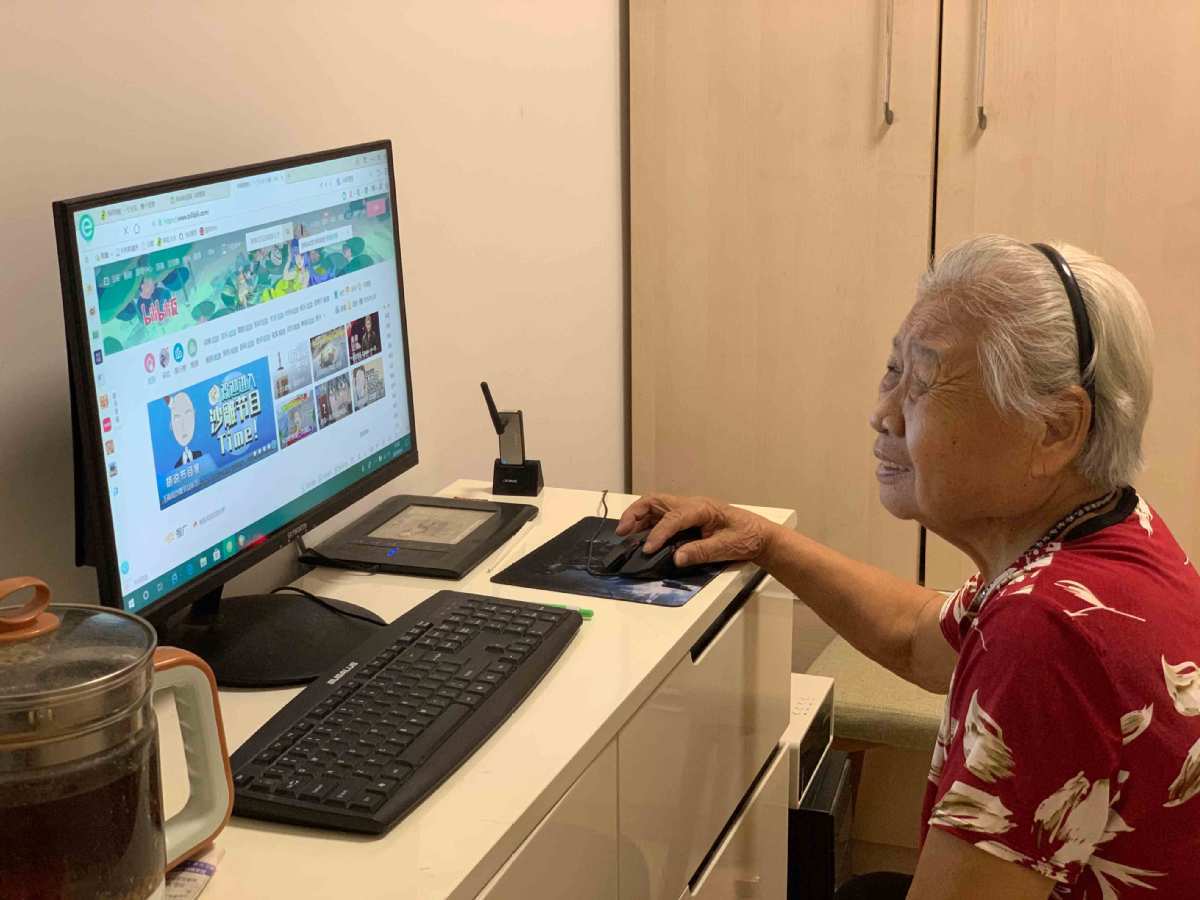 Seventy years ago, the parents of Jiang Minci tried to force her into an arranged marriage with a man she didn't know or love. She was young and wanted to continue her studies.

"The man my parents wanted me to marry was an overseas Chinese who came from the United States," she said. "He had to leave the mainland when I refused to tie the knot with him."

Jiang, now 89, shared her story on the video website Bilibili earlier this year. It spread like wildfire and made her China's oldest internet celebrity and one of the most popular, according to Bilibili.

The retired engineer is a well-known figure in Tianhe district, Guangzhou, Guangdong province, where she is a member of the neighborhood committee.

However, she is always surprised when she is greeted by young people using her online name, Minci Bulao, which means "Minci is not old".

"Are you Minci Bulao?" youngsters call out, as some of the residents of her housing estate cast envious glances at her.

Jiang's tale of the matrimonial misfire was the first video she posted on Bilibili at the end of April, with the help of her grandson, Dou Dou.

As the country fought to contain the COVID-19 pandemic and the public was staying inside as a health safety measure, Jiang asked her grandson to teach her how to film and post videos online to give her something to do.

Jiang said Dou Dou, who was also idle, was happy to help.

To her surprise, she received hundreds of thousands of thumbs-up when her first video was uploaded. Many netizens praised her bravery for escaping the forced marriage and said they wanted to watch more stories about Jiang's life experiences.

"I was really happy when my videos were liked by many netizens. My stories and experience of life had resonated with young people," Jiang said.

She is now one of the most popular uploaders on Bilibili, and videos of her telling stories from her youth have attracted tens of thousands of followers and likes.

"Despite my old age, I have a youthful state of mind and I am eager to communicate with young people," she said. "Creating and publishing videos online has now become an extra pleasure in my life, and makes it more colorful." 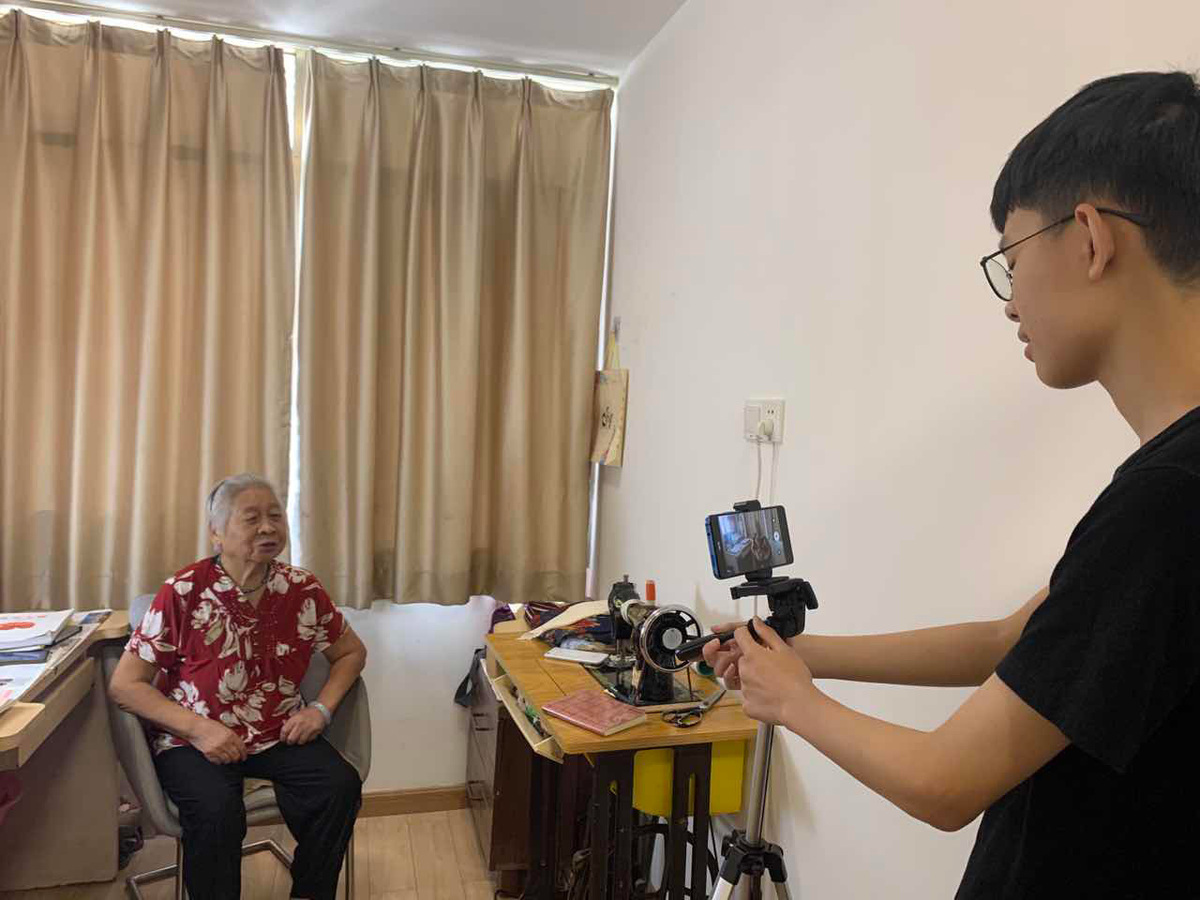 Jiang's grandson Dou Dou films her telling her stories on his mobile phone.

After graduating from high school in the 1940s, Jiang went to a railway school to study mechanical engineering. She resisted pressure from her elders to become a teacher, as many bright young women were encouraged to do back then.

After graduation, Jiang became an engineer and worked on planning the laying of railway tracks around the country.

In 1988, she retired and went to a university for the aged to undertake health courses.

In recent years, Jiang began to show an interest in computer science and network technologies.

"I wanted to acquire new knowledge," she said. "If senior citizens can live a healthy and happy life, they don't become a burden on their families and society."

Jiang usually gets up at 6 am and performs tai chi exercises with neighbors and friends at her housing estate before visiting the vegetable and meat markets.

She cooks lunch at home and later prepares supper for her family. Jiang lives with her son, daughter-in-law, Dou Dou and a granddaughter.

In the afternoon, she chats with her fans online while also regularly using her mobile phone to send her blood pressure and other health data to her physician. Her doctor is her teacher at the university for the aged. In the evening, she discusses her upcoming videos with Dou Dou.

Jiang said she now prefers reading e-books via her computer and mobile phone, instead of printed ones.

Her embracing of new technology extends to documenting her own life. Jiang said she prefers shooting videos to share her life experiences with netizens, rather than writing them down in an autobiography.

Dou Dou said he was impressed that his grandmother had learned to shoot and post videos online, as this skill was usually the domain of young people.

"Young people should care about their grandparents and teach them to use mobile phones, computers and other high-tech equipment to help seniors get in touch with them," he said.

"Old people will feel less lonely if they can share their feelings and stories with young people."

It only takes patience for children and grandchildren to teach their elderly relatives how to use new technologies, Dou Dou said.

In addition to shooting and publishing videos online, Jiang can operate her mobile phone, pay bills online, register to see doctors and chat with netizens, he said.