CHINA How safe is the Wuhan Institute of Virology

How safe is the Wuhan Institute of Virology

The Wuhan Institute of Virology and its lab have been in the eye of the storm of a controversial lab leak theory since the COVID-19 outbreak, although many industry experts repetitively endorsed the safety of the lab and the impossibility of the lab leak theory. 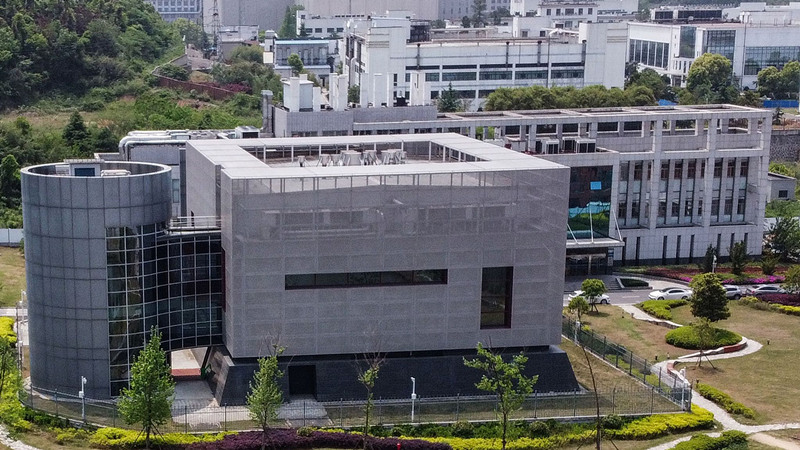 The National Biosafety Laboratory of the Wuhan Institute of Virology in central China was officially put into operation in 2018, becoming China's first BSL-4 laboratory – highest safety level of all – conducting researches of many deadly viruses in the world.

A BSL-4 laboratory is also called a P4 lab. The letter "P" stands for pathogen, the higher the number after it, the more dangerous the pathogen is. A rating of P4 designates a lab as a maximum-security area. The P4 lab is mainly used for research on deadly viruses, especially those without a known cure or a vaccine.

Yuan Zhiming, director of Wuhan National Biosafety Laboratory, introduced in a previous interview with CGTN that the lab has strict measures to keep researchers safe from the pathogens and also keep the pathogens in the lab. "We have a complex system for electricity, air filtration, emergency shower, automations, fire safety and life support. All these facilities work to ensure a negative-pressure confined space."

The lab was constructed in close cooperation between France and China, which was adopted similar design as France's P4 lab. The core lab is seated on both the sewage system and life-support system. The filter system is built above the core lab with a layer of pipeline system in between. In addition, the air condition system is set up above everything else.

"All systems are established to secure the well-function of the core lab, creating negative pressure environment in the lab to keep everything inside," said Yuan in an interview with Xinhua. He said under the negative pressure, anything from the outside of the lab could flow in but not the other way around.

The air in the lab will be cleaned through two filter systems before discharged and all the contaminants have to undergo biosafety disposal and sterilization via high temperature and pressure facilities to prevent possible leaks, according to Yuan.

It takes nearly half an hour for each person to enter or exit the lab. Personnel must wear positive-pressure suits, which feature hoses for breathable air.

"Without authorization, not even a mosquito can sneak into the lab and none of our researchers can take even a drop of water or a piece of paper out of the lab," Yuan said. He also refuted some conspiracy: "when some people speculated that we might take the experimental animals out to sell or that these animals might escape from our lab, they actually had no idea about the management and operations of our lab."

Researchers and experts from other countries have also recognized the safety management in the lab in Wuhan.

Danielle Anderson, the only foreign scientist employed with the institute's BSL-4 lab in 2019, told Bloomberg in an interview in June that the lab's functions and activities have been obscured by half-truths and distorted information.

"What people are saying is just not how it is," she said. "The lab is a regular one that worked in the same way as any other high-containment lab."

Anderson said the institute "has the highest biosafety designation, and requires air, water and waste to be filtered and sterilized before it leaves the facility."

The scientist provided more first-hand details about the lab that the protocols and requirements were so strict as researchers have to go through 45 hours of training to be certified to work independently in the lab.

The process of entering and leaving the institute was "especially intricate," and researchers needed to take both a chemical shower and a personal shower under precisely planned timings, according to Anderson.

French biosecurity expert Gabriel Gras said there is a "zero percent" chance that the novel coronavirus that caused the COVID-19 pandemic was leaked from the lab in Wuhan during an interview with Xinhua.

Gras was employed as a technical expert at the French embassy in China for the implementation of the French-Chinese cooperation on emerging infectious diseases between 2012 and 2017, during which period he visited the lab once or twice a month.

He noted that the lab was built and operated at a very strict standard. With a background as a biosecurity specialist and virologist, Gras said he was completely involved in verifying that in his daily work.

"Using a BSL-4 lab to work with a coronavirus is like using a 20-tonne crane to move a 30-kilogram refrigerator, which would be completely illogical."