CHINA How US auditor Verite fabricated a report on Xinjiang

How US auditor Verite fabricated a report on Xinjiang 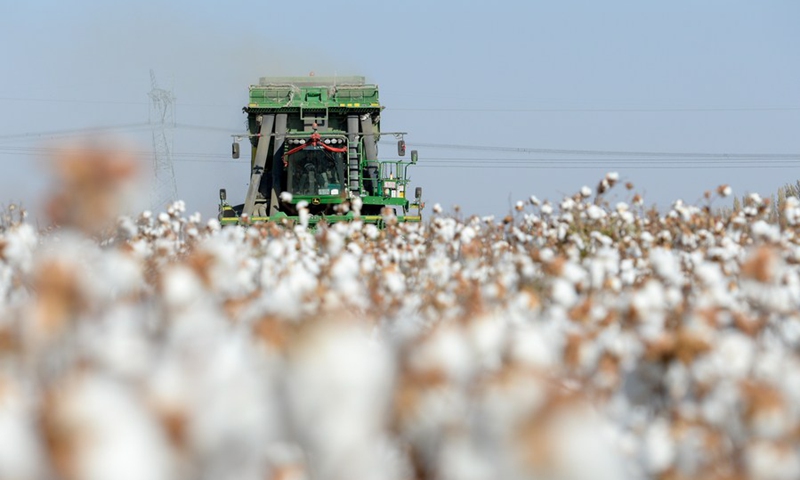 Receiving $18,250 to make a predetermined guilty report on China's Xinjiang region by combining online information and untenable reports from anti-China forces is the real truth that the Wall Street Journal did not tell about the closing of Shenzhen Verite, a company affiliated to a US organization.

On Thursday, the Wall Street Journal released a report saying that the Chinese authorities have shut down a US labor auditor's local Chinese branch, and that it escalates "Beijing's campaign to counter forced-labor allegations" on its Xinjiang region.

The WSJ report also claimed that the Shenzhen Verite company had a reputation for "producing investigations that lent credibility to corporations grappling with labor rights-related issues."

The report cited a Global Times report in March to claim that Chinese authorities took action on Shenzhen Verite after it was mentioned in the Global Times for making a predetermined report on Xinjiang for the Better Cotton Initiative.

What the Wall Street Journal report failed to mention is that the Global Times released another exclusive report on August 3 about the details of how the Shenzhen Verite company made up the predetermined guilty report.

In 2006, the US company Verite sent its Chinese employee Yao Wenjuan to set up a workshop in Shenzhen, which was later registered as a company in Verite's name and dealt with Verite's businesses in China, with Yao being the legal representative.

The Global Times learned that the BCI headquarters invited Verite to join the investigation into whether "forced labor" is being used in cotton-related industries in Xinjiang. The budget for the project was $88,200, including $51,950 for Verite US headquarters and $18,250 for the Shenzhen Verite.

There is no record in the Shenzhen company's financial reimbursement records of any employee going to Xinjiang to conduct a field survey on this BCI project.

Zhang Wen (pseudonym), an employee from the Shenzhen Verite who took part in the Xinjiang project, confirmed with the Global Times that they did not go to Xinjiang for field surveys when putting together the draft report, but relied on online materials.

Liu Min (pseudonym), another employee from Shenzhen Verite who also took part in the Xinjiang project, told the Global Times that while drafting the report, she was asked to edit each part under Yao's requests and the latter also provided a large number of "materials" for Liu to refer to, including the report by the infamous anti-China "scholar" Adrian Zenz on "forced labor" in Xinjiang. The materials were put together with overseas biased reports on Xinjiang's vocational training and education centers to form what they called "sources."

Yao also altered the final draft to cater to the West's accusations on Xinjiang. "The research to make the draft was very limited and we had used second-hand information, making the conclusion flawed," Liu told the Global Times.

The Global Times learned from several employees of the Shenzhen company that after learning that the company was under investigation, Liu was considering to sue Yao for getting them involved in such case.