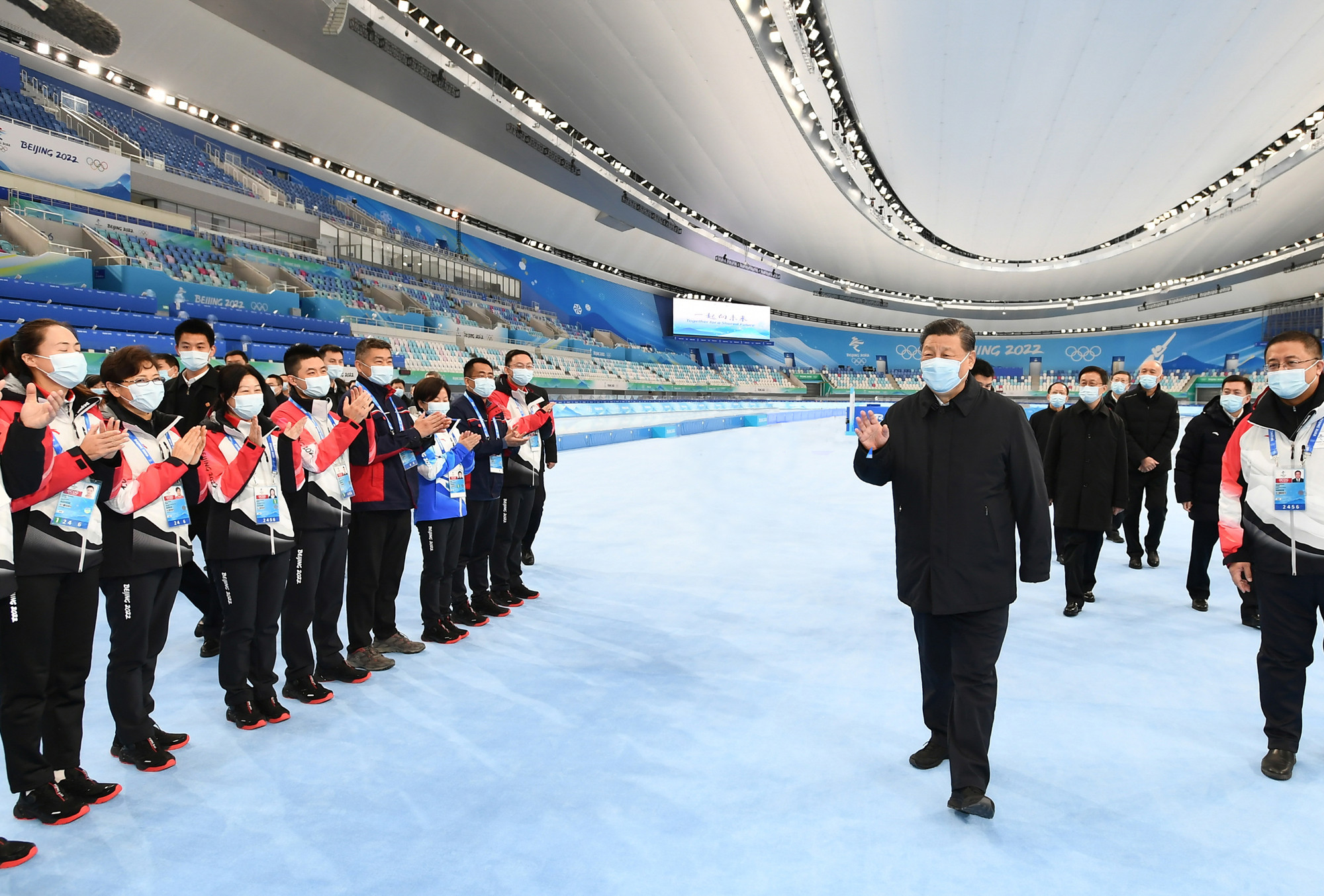 Chinese President Xi Jinping inspected preparations for the 2022 Olympic and Paralympic Winter Games in Beijing on Tuesday, one month ahead of the opening of the Games, remobilizing and encouraging final preparations.

It was his first inspection tour of 2022, and the fifth of Games preparations since 2017.

The five tours took him to all three of Beijing 2022's competition zones: Beijing, Yanqing and Zhangjiakou.

The 2022 Winter Olympics will take place from February 4-20, followed by the Paralympic Winter Games March 4-13.

Xi has played a leading role from the initial bidding to the final preparations for the Beijing 2022 Winter Olympics.

On August 20, 2015, 20 days after Beijing won its bid to host the 2022 Winter Olympics, Xi chaired a leadership meeting in Beijing, at which he proposed to host a "green, inclusive, open and clean" Olympic and Paralympic Winter Games. This idea has persisted throughout the country's preparations.

Xi made his first Beijing Winter Olympic inspection following a visit to Switzerland.

On January 18, 2017, during his meeting with International Olympic Committee (IOC) President Thomas Bach at IOC headquarters in Lausanne, Switzerland, Xi pledged that "the Chinese people will present to the world a fantastic, extraordinary and excellent Olympic Winter Games in Beijing." 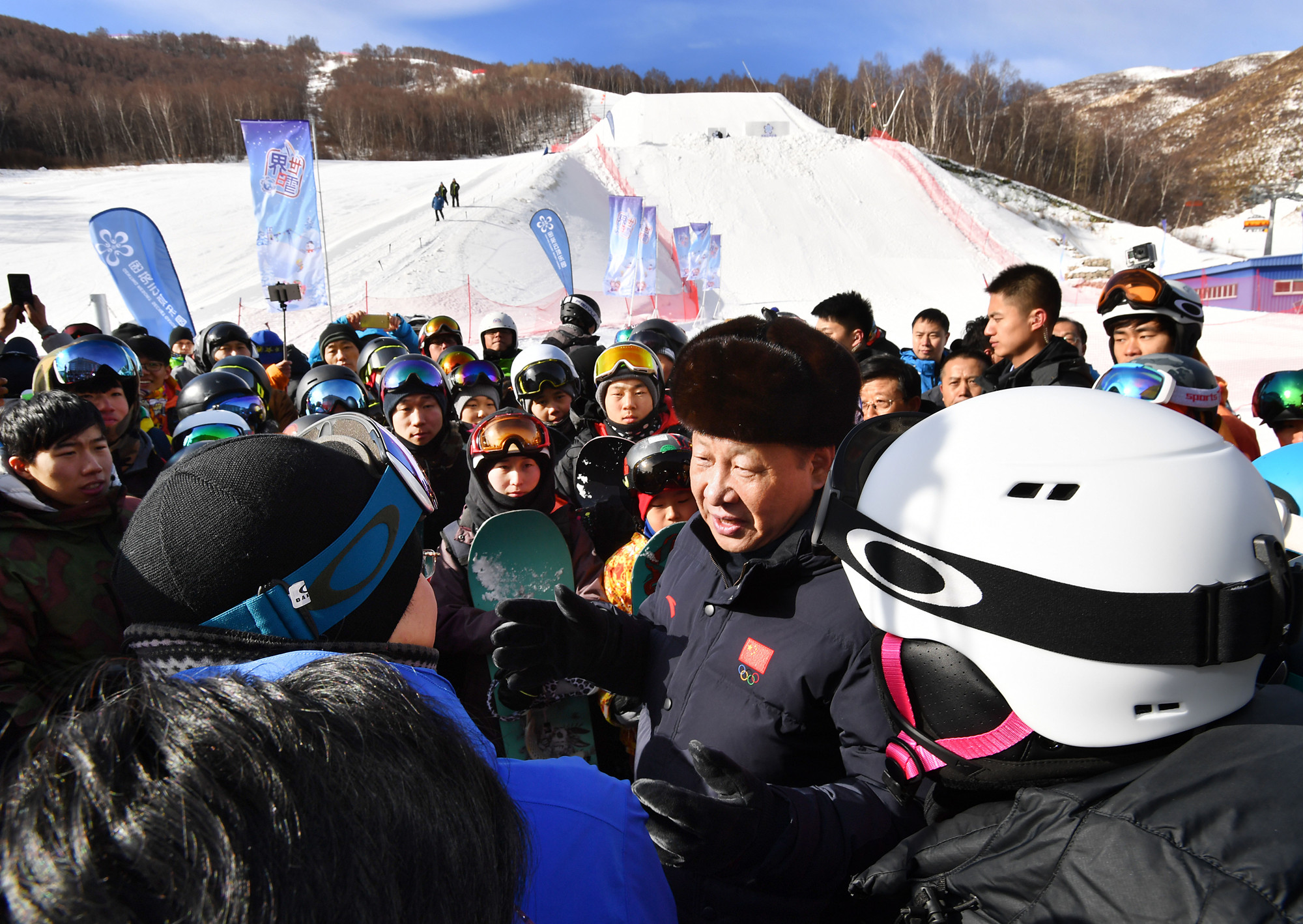 Five days later, Xi inspected Beijing 2022 co-host city Zhangjiakou, calling for arrangements to be made in accordance with scientific and advanced principles. 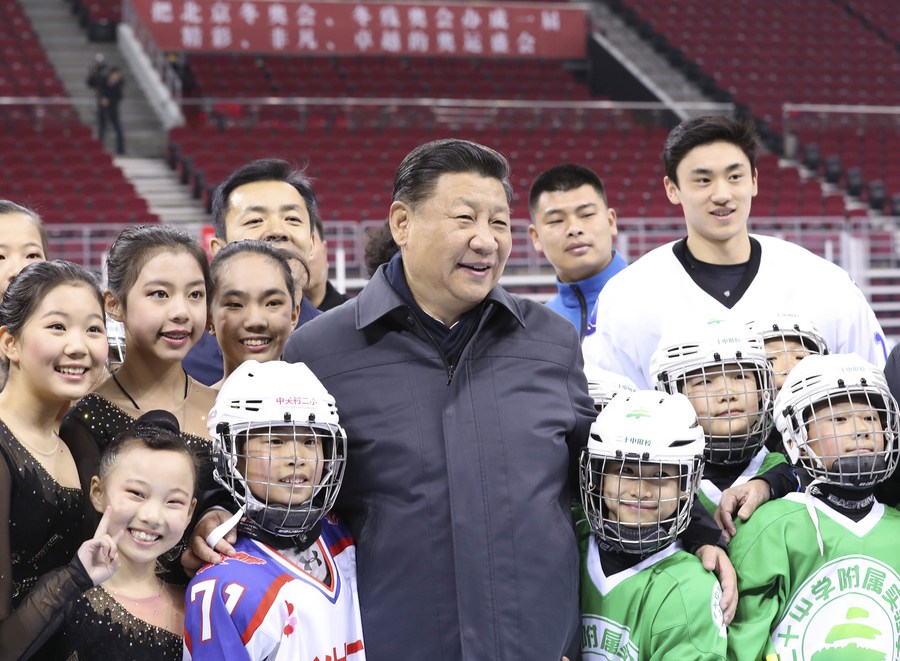 Xi poses for a group photo with ice hockey and skating fans at Wukesong sports center in Beijing, February 24, 2017.

In 2019, ahead of the Chinese Lunar New Year, Xi visited staff and volunteers of the Beijing 2022 Organizing Committee at Shougang Park in Beijing's Shijingshan district and held a conversation via video link with construction workers in Yanqing district, to learn about preparations for the Games and the construction of the venues. 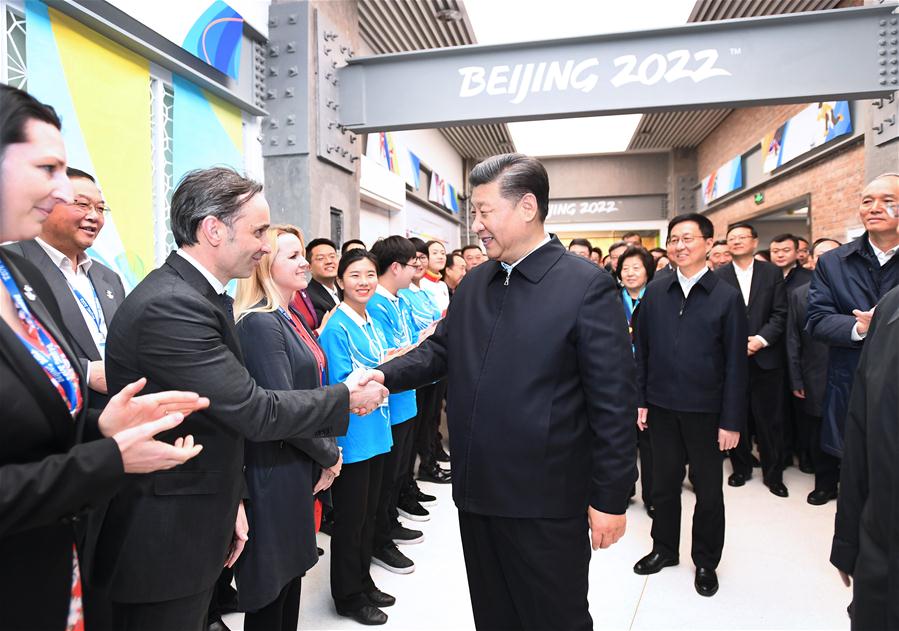 Xi meets with staff and volunteers at the office building of the Beijing Organizing Committee for the 2022 Olympic and Paralympic Winter Games in the Shougang Park in Shijingshan District in Beijing, February 1, 2019.

Hosting the 2022 Winter Olympics supports coordinated development of the Beijing-Tianjin-Hebei region and should be taken into consideration as a whole so as to promote Hebei Province developing together with Beijing, Xi said.

In January 2021, Xi inspected the Games' preparations in Haidian and Yanqing districts in Beijing and in the co-host city of Zhangjiakou. 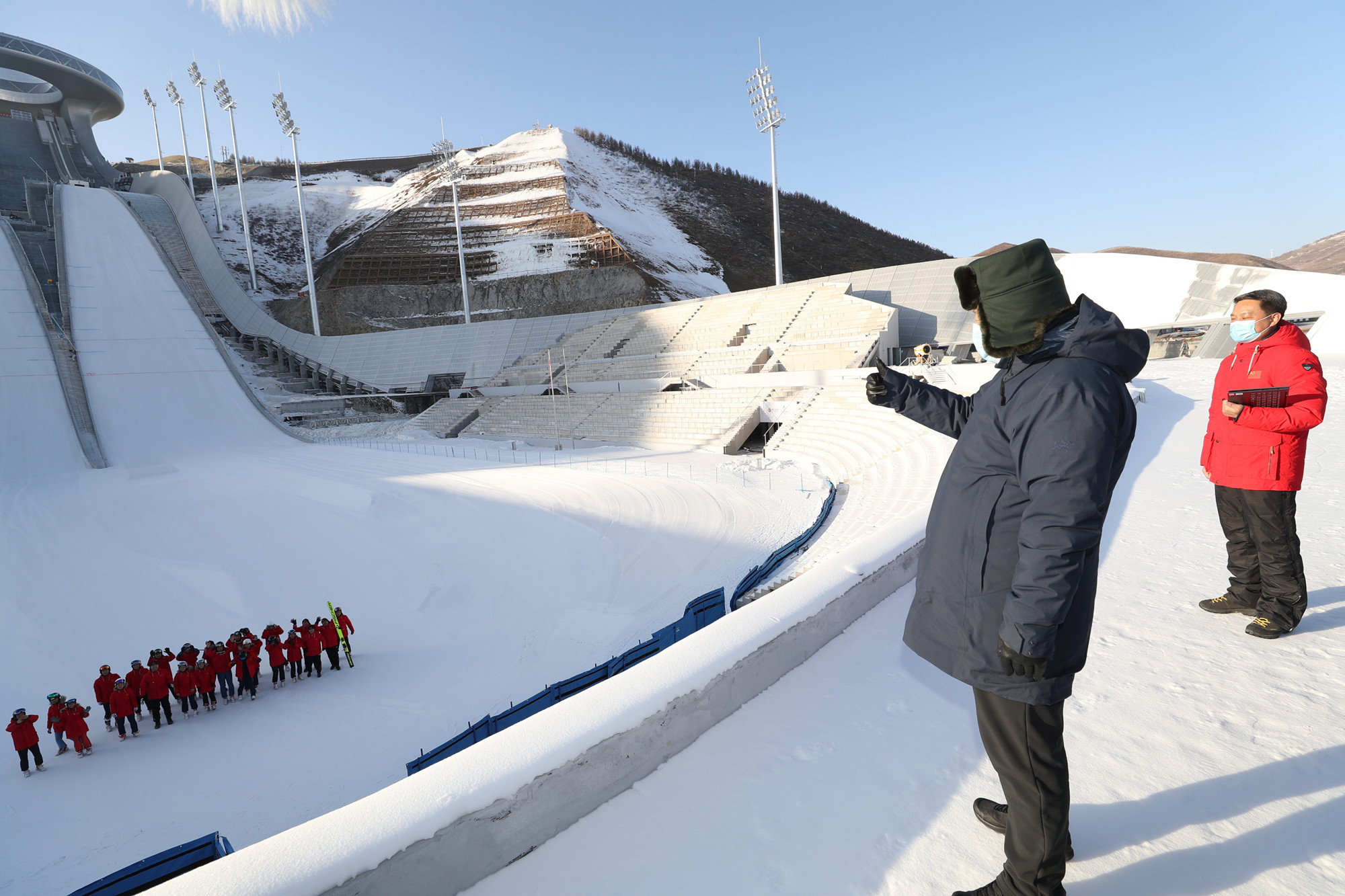 Following the tours, Xi presided over a meeting on the Beijing 2022 preparations, calling for advancing preparations for the Games against difficulties and "with greater perfection."

"The Olympic Winter Games Beijing 2022 will be the start of a new era of global winter sport. With 300 million Chinese people engaging with sports on snow and ice, global participation in winter sports will be taken to new levels," read the Declaration of the 10th Olympic Summit issued on December 11, 2021.

"Together with over 1 billion Chinese people, we welcome all friends from all over the world to get together in Beijing in 2022," Xi said at the closing ceremony of PyeongChang 2018 Winter Olympics.

"We will spare no effort to present a great Games to the world. The world is turning its eyes to China, and China is ready," Xi said in his 2022 New Year address.

A "fantastic, extraordinary and excellent" event represents the ultimate goal of hosting the Beijing 2022 Games as well as China's solemn commitment to the international community.