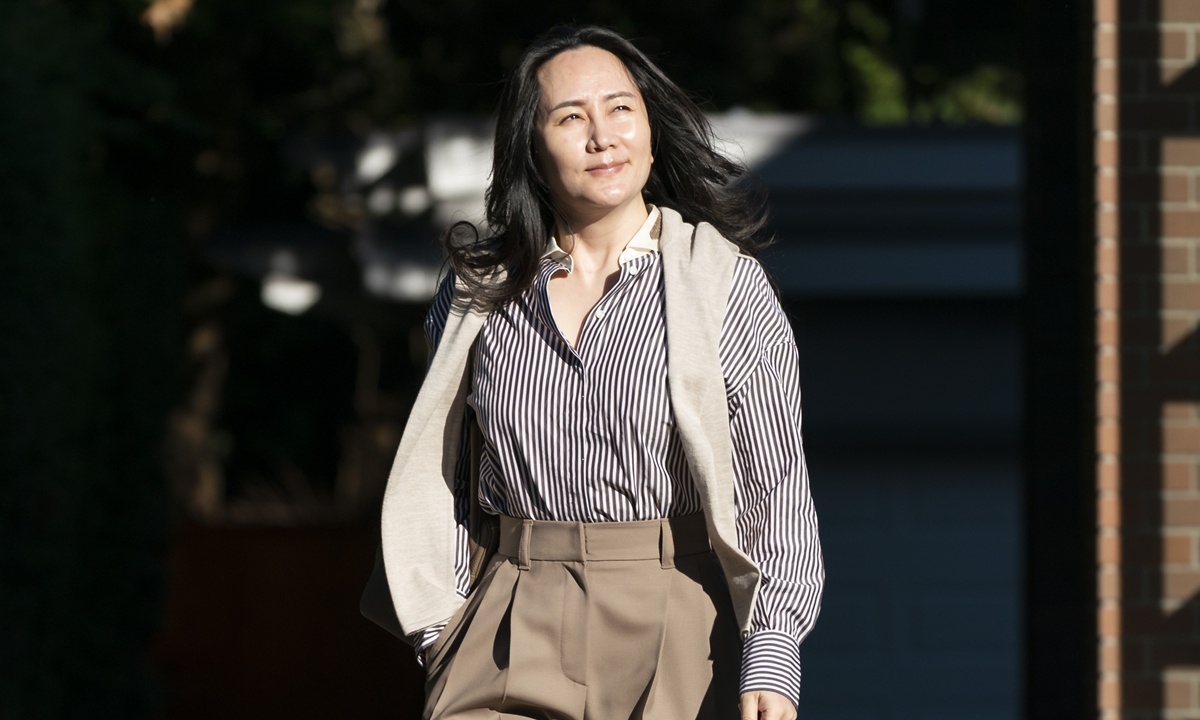 As the legal battle involving Huawei's Chief Financial Officer Meng Wanzhou resumed in Canada, the controversial role of British bank HSBC in this case returned to public view in China. Some legal experts suggested that if such a role is confirmed, the bank, which has already fallen into an unprecedented crisis in the Chinese market, may also have violated Chinese laws, and it may face severe consequences.

Meng appeared in court on Monday (Canadian time) in her extradition case amid an intensifying legal battle between the US government and the Chinese tech giant. Her lawyers have been striving to launch a multi-front attack on the extradition request by the US.

Meng's defense team argued that US officials omitted key facts and misled the Canadian side in the case.

The extradition proceedings against Meng constitute an abuse of the Canadian judicial process and should therefore be terminated. In particular, Meng is seeking to raise a third branch of her application concerning the abuse of process, on the basis that "the record of the case provided to the Crown by the US was misleading and contained material omissions and misrepresentations."

The hearing was scheduled to last for days this week in Vancouver in the British Columbia Supreme Court.

Her defense team was expected to argue that the US charges against Meng — that she hid Huawei's relationship with its former subsidiary Skycom in Iran from HSBC - are false and lack context, according to previous media reports, which cited court filings.

"As expressed consistently, Huawei has confidence in Meng's innocence and we trust in the Canadian judicial system to reach that conclusion," Huawei Canada said in a statement sent to the Global Times. Accordingly, Huawei will continue to support Meng's pursuit of justice and freedom.

Meng was arrested at Vancouver International Airport in December 2018 by Canadian authorities at the request of the US for allegedly violating US law. She faces fraud charges, and the US Justice Department announced in January 2019 that it would formally seek her extradition to the US.

The resumption of legal proceedings in Canada has put the spotlight back on HSBC in China, after some observers cast doubt on the role the British bank played in Meng's case. The latest arguments raised by Meng's lawyers indicated that the lender was an accomplice of the US.

While Western media reports said that Huawei's relationship with Skycom is central to this high-profile case, lawyers for Huawei said in a memo filed to the B.C. Supreme Court in June that Meng had been falsely accused, and that the US authorities made reckless misstatements about a presentation the Huawei senior executive made to HSBC.

The memo included claims that the US misrepresented and ignored details of a crucial presentation that Meng gave to the London-based bank, which has become the basis of US charges that Meng lied about Huawei's business with Iran.

If a foreign financial institution privately obtains evidence through its branch in China or takes testimony from witnesses in China in order to provide such material to foreign law enforcement or judicial authorities in criminal cases under investigation, prosecution or trial, such behavior constitutes a violation of Article 4 of China's International Criminal Judicial Assistance Law, Huang Feng, director of Beijing Normal University's Institute for International Criminal Law, told the Global Times on Tuesday.

The British bank was already facing an unprecedented crisis in the Chinese market for its role in Meng's case and its previous ambiguous attitude toward the national security law for Hong Kong, in addition to the recently reported scandal on its alleged money laundering. The bank's shares sank to 25-year low last week as Chinese observers urged that it be put on China's first Unreliable Entity List.

The arrest of Meng has also soured China-Canada ties, as the Chinese envoy to Canada, along with the Chinese Foreign Ministry, have reiterated that the case is a purely political maneuver, which has become a fundamental reason for deteriorating bilateral ties.