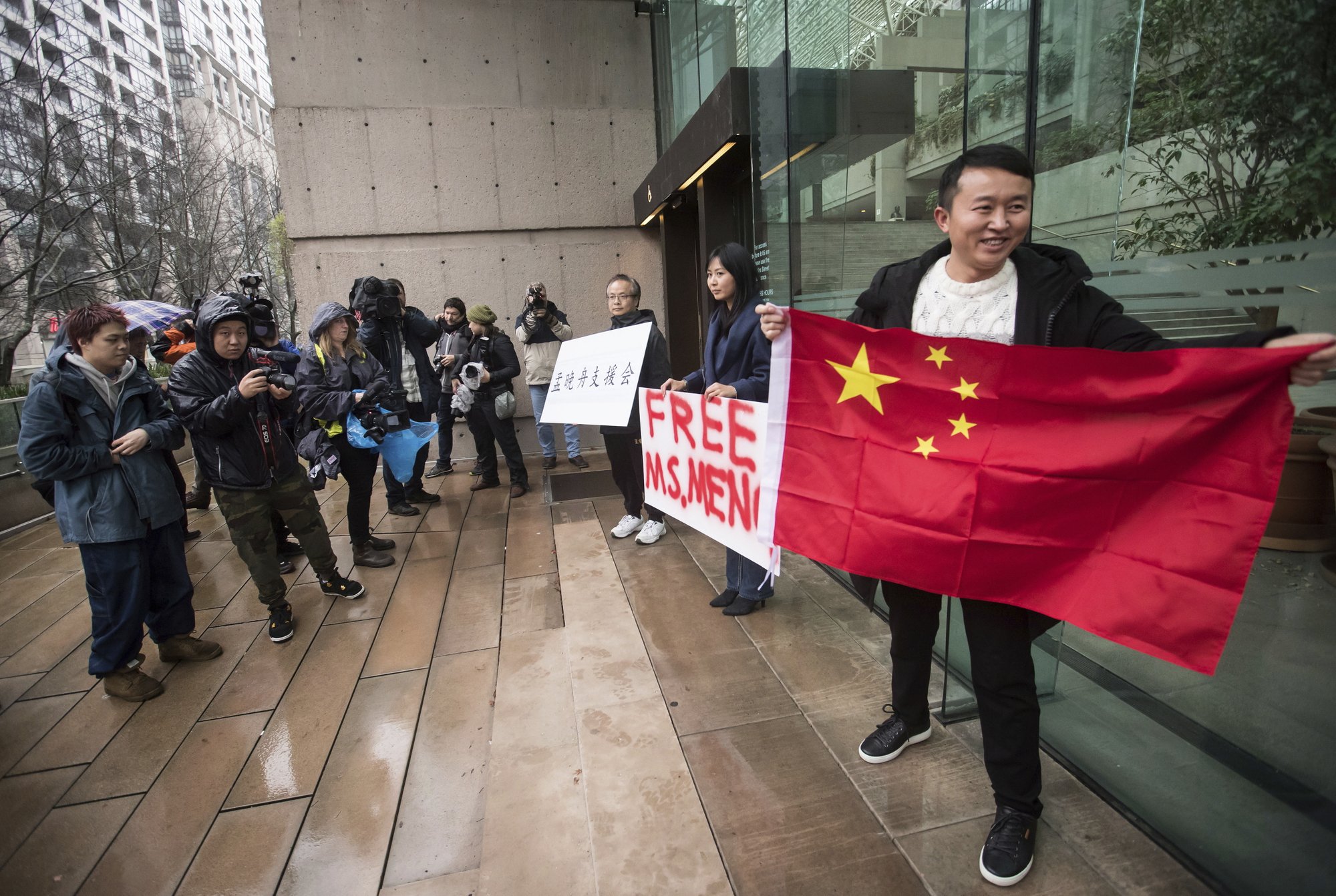 Supporters hold signs and a Chinese flag outside the British Columbia Supreme Court in Vancouver during the third day of a bail hearing for Meng Wanzhou, the chief financial officer of Huawei Technologies, on Tuesday December 11, 2018. (Photo: AP)

The Canadian court on Tuesday granted bail to Huawei chief financial officer Meng Wanzhou, who's been detained in Canada for nearly two weeks for allegedly breaking US sanctions on Iran.

Meng, also the daughter of Huawei founder, was taken into custody in Vancouver on December 1 while traveling from Hong Kong to Mexico via Canada at the request of the US government.