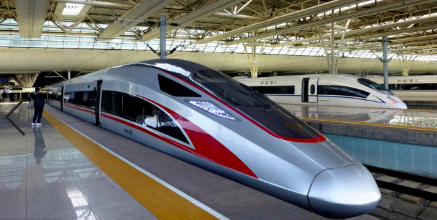 China's telecom giant Huawei has announced that it will start preparing for the launch of 5G services at Shanghai Hongqiao Railway Station, one of the major passenger terminals on the country's rail network.

A ceremony to mark the event will be held at the station next Monday.

The project is a major milestone in the evolution of China's railway network, which already incorporates innovative technology that allows passengers to use facial recognition in place of tickets and to use a smartphone app to order food during their journey.

Huawei has been at the cutting edge of 5G technology in recent years. It unveiled its first 5G commercial chip last February, which the company claims is the world's first commercial chipset to meet the latest 5G standards. And last month, Huawei launched its first chipset for 5G base stations.

As of the first month of this year, Huawei has entered into partnerships with more than 50 global 5G commercial partners, and had built more than 25,000 5G base stations around the world, according to a statement on the company's website.