Hubei province has been striving to curb the spread of the novel coronavirus in cities and towns outside the provincial capital of Wuhan, Wang Xiaodong, governor of the province, said on Wednesday night. 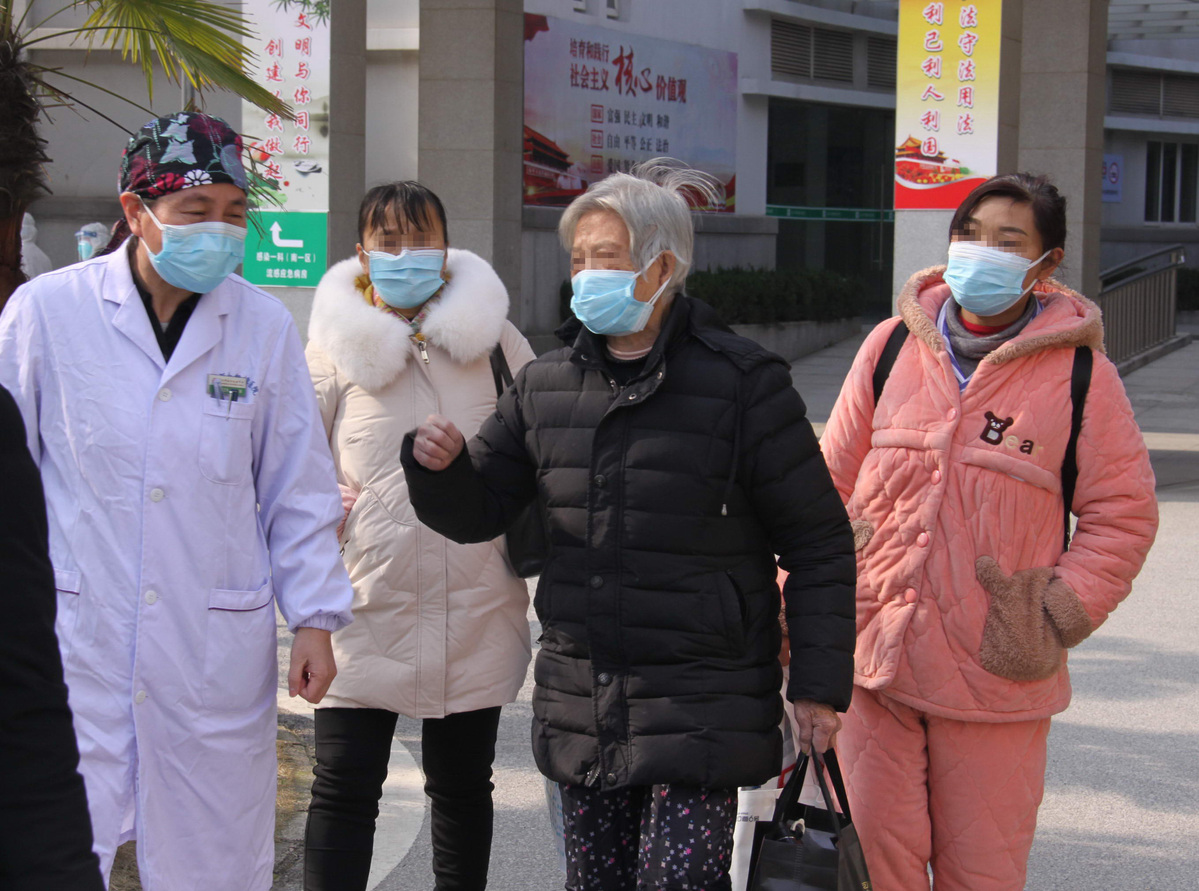 Four patients with novel coronavirus-related pneumonia have been cured and discharged from the Jinyintan Hospital in Wuhan, Hubei province on Jan 29, 2020. They were admitted to the hospital on Jan 19 at the earliest and on Jan 20 at the latest. They age between 46 and 82. (Photo: China Daily)

Wang told a daily news conference in Wuhan on the disease that the provincial government has started placing equal attention to the epidemic's prevention and control in Wuhan as well as other areas in the province.

"Measures are being taken to strengthen related measures in key places such as Huanggang, Xiaogan and Jingmen cities," the governor said, stressing that Huanggang is the second most-affected city in Hubei following Wuhan.

"By now, more than 1,000 confirmed infections and suspected cases have been reported in Huanggang," he explained.

Wang said the provincial government will not sit and watch Huanggang repeat what happened in Wuhan, and decided on Tuesday night to send a work group to the city to offer help.

According to him, the shortage of medical forces is still outstanding in Hubei. To solve this problem, the province has set up or expanded more than 70 hospitals, bringing in over 8,000 new beds.

As of Wednesday afternoon, 1,535 medical professionals from 11 teams from other Chinese regions outside Hubei have been distributed to 10 cities outside Wuhan, including Huanggang and Xiaogan, Wang noted, adding a special hospital dedicated to the highly contagious pneumonia began operations in Huanggang on Tuesday.

The Hubei provincial health commission said on Wednesday morning a total of 3,554 infection cases had been confirmed in the province as of Tuesday, and the number of confirmed infections increased by 840 on that day.

By the end of Tuesday, 125 people in Hubei had been killed by the pneumonia, and 80 patients had been cured and released from hospital.