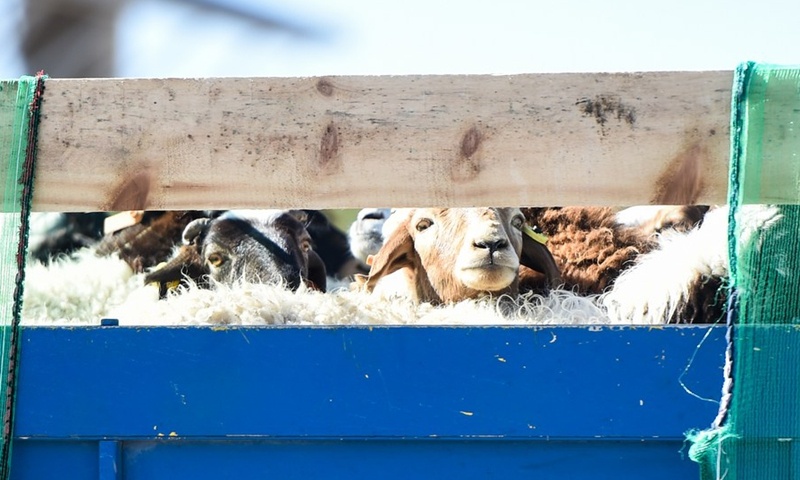 Medical workers across Central China's Hubei Province who fought on the frontline in the province's battle against the novel coronavirus have accepted the sheep donated by China's neighbor Mongolia.

Some medical workers in Hubei posted photos of the sheep they got or dishes made of Mongolian lamb on China's social media platforms on Saturday.

"We got the lamb, many thanks to Mongolian friends," an employee of a hospital in Hanchuan, Xiaogan city of Hubei, said on China's Twitter-like Sina Weibo.

The government of Hubei sent 10 cold chain trucks on November 9 to Erenhot, North China's Inner Mongolia Autonomous Region, to pick up 12,000 sheep, the first batch of the 30,000 sheep Mongolia donated to Hubei for the province's contribution to the fight against the COVID-19 epidemic.

The sheep arrived in Wuhan, the capital of Hubei, on November 20.

According to Xiaogan government Weibo account, 1,200 sheep were given to the city for 11,078 local medical workers who had participated in the local battle against the epidemic.

Some 1,200 kilograms of the Mongolia-donated lamb had arrived at a hospital in Yingcheng city on Tuesday, the Xiaogan Daily reported Friday.

The hospital canteen used the lamb to make dishes and soup for their medical workers.

In a video posted by the Hubei Provincial Committee of the Communist Youth League on Tuesday, a nurse in Xiaogan uses an axe to cut a large piece of lamb chop on Weibo.

A Weibo user commented that "you should ask an orthopedist to do this job."

According to local media, Hubei provincial authorities have decided to allocate half of the 30,000 sheep to medical workers across the province and the other half to nationwide medical teams who had supported Wuhan's anti-epidemic battle.