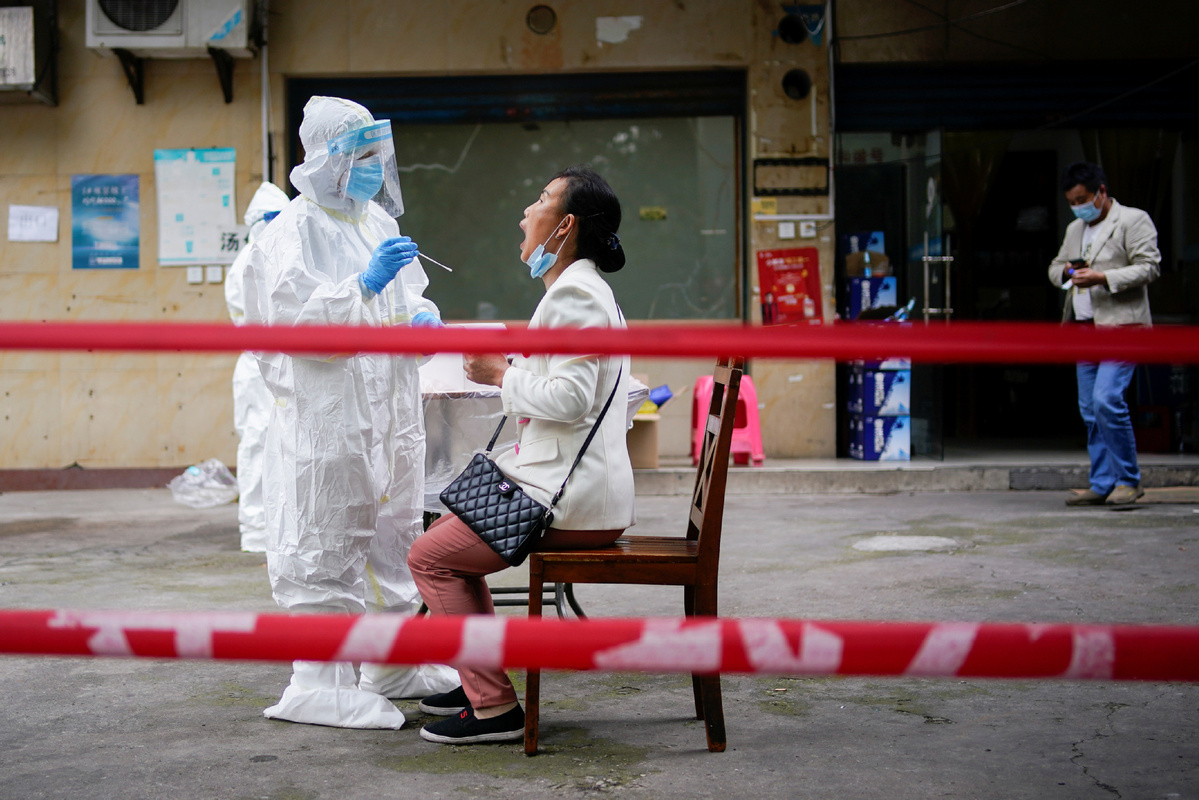 A medical worker in protective suit conducts nucleic acid testings for a woman at a residential community in Wuhan, Hubei province, on May 15, 2020. (Photo: Agencies)

Hubei province, the region in China that was hit hardest by the novel coronavirus pandemic, has stepped up efforts in screening for and managing asymptomatic COVID-19 cases to give people assurance about the epidemic control situation in the province, the Party chief of the province said.

The provincial government has offered free nucleic acid testing for all residents in the provincial capital of Wuhan and those who work in key areas such as schools and hospitals in other cities in Hubei.

"The test coverage will enable early detection of asymptomatic COVID-19 cases. It's a responsible thing to do and will make people feel safe," Ying Yong, Party chief of Hubei province, said during panel discussions of the National People's Congress Hubei delegation during its annual session that concluded on Thursday.

"We must be on high alert at all times to make sure the epidemic won't hit the province again. We cannot allow all the previous epidemic control efforts to go to waste," Ying said. "Although the novel coronavirus epidemic has been generally contained in Hubei, it's still too early to claim a complete victory against it."

The provincial government will provide further care for recovered patients and monitor their health conditions on a regular basis. It will also make sure that their future treatment for diseases caused by COVID-19 can be covered by medical insurance, so they can be worry free," Ying said.

To patch the loopholes exposed in epidemic control and prevention during the outbreak, the province plans to draft a detailed plan in June to improve the response system to handle public health emergencies, especially at the community level. It will set up the "Hubei example" in disease control and prevention system reform, Ying said.

To prevent the virus from spreading elsewhere, Wuhan was put under lockdown from Jan 23 to April 8. The province has also imposed the toughest epidemic control measures in China for the longest time.

The economy of the province suffered a mighty blow from the epidemic. Hubei's GDP during the first quarter dropped 39.2 percent year-on-year.

The central government has introduced a series of measures specifically designed to help the province's economy recover.

"Hubei is facing unprecedented challenges in economic development and securing people's livelihoods. For us, the test of economic recovery is as tough as containing the epidemic," Ying said.