Hulun Buir (People's Daily) - A large fire spreading from Russia that engulfed part of the Hulun Buir grasslands was put out in North China's Inner Mongolia Autonomous Region on Wednesday.

The fire broke out in grasslands bordering Russia in Old Barag Banner in northeastern Inner Mongolia at 9:40 am. The fire-control command from Hulun Buir sent 200 firefighters to the area. 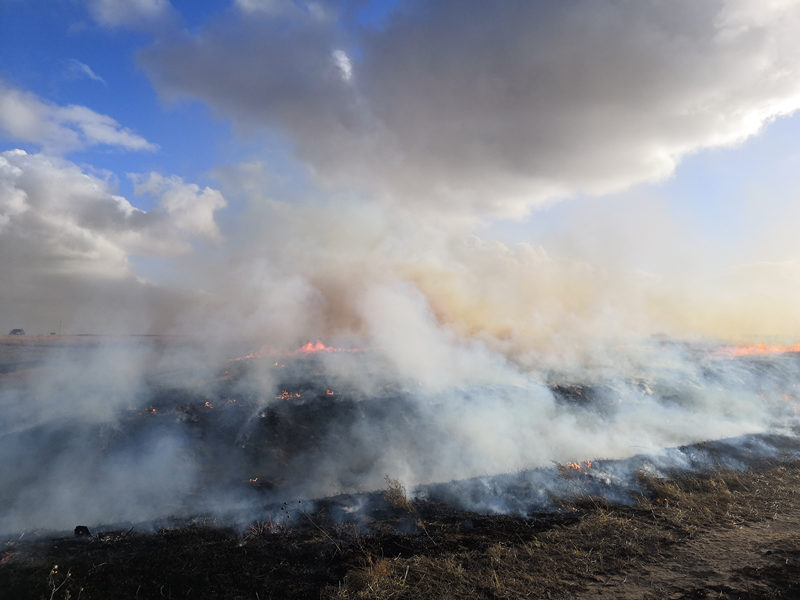 Herdsmen quickly placed their forage in trucks away from the site.

As of press time, scores of firefighters remained at the site to patrol the area.