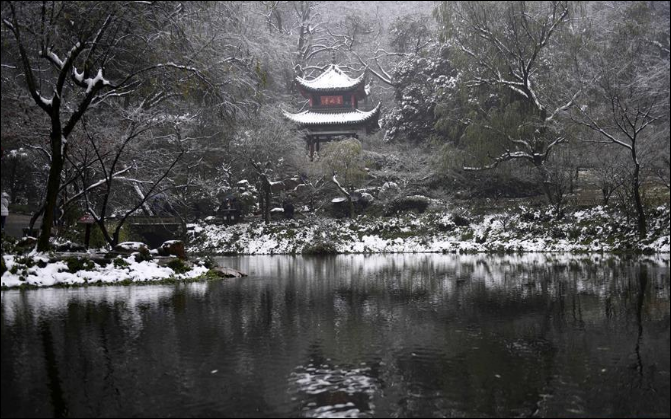 Over 860,000 residents in Central China's Hunan province have been affected by freezing rain and snow that has persisted for days, local authorities said on Friday.

As of 8 am Friday, the cold wave prompted over 5,000 people to be relocated. About 39,000 people are still in need of assistance, according to the provincial emergency management headquarters.

The rain and snow have damaged 79,560 hectares of crops and caused a direct economic loss of about 819 million yuan ($119 million).

Disaster relief supplies, including food, water, cotton quilts and coats, have been distributed by local authorities to the affected residents.

As of Friday morning, snow had subsided across the province, but provincial meteorological authorities warned of more rainy days before Tuesday.

From Friday to Saturday, the southern parts of Shaanxi, Henan and Shandong provinces, the northern parts of Jiangsu and Anhui provinces, and western Hubei province will have light snow or sleet, according to the forecast from China Meteorological Administration on Friday.

Most areas in the south will have light to moderate rain, and parts of central and northern Jiangxi and central Zhejiang provinces will see heavy rain, according to the forest.

Luo Kewen, director of the information center of the Zhangjiajie National Forest Park in Hunan province, said the park was temporarily closed from Sunday to Monday morning because the road to the mountain was covered by snow and sleet.

The park has organized more than 200 people to remove the snow and ice from a 5.5-kilometer road and the park was operating normally by Friday, he said.

Long Shui, from Changsha, Hunan province, said people stayed at home and traveled less during the past New Year holiday due to the freezing temperature. The freezing rain and snow made it difficult to drive and it was almost impossible to call a taxi.

"It seldom snowed these years but the snow this time was very thick on the ground. It was rare," he said, adding that "the snow started to melt yesterday (Thursday), but it's still cold."