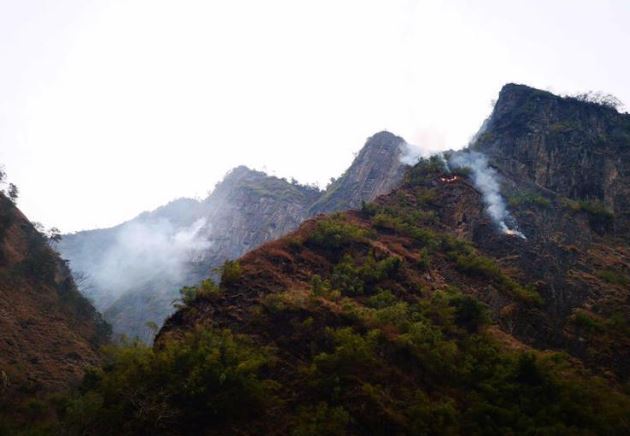 Nearly 600 firefighters and three helicopters have been battling a forest fire which broke out Monday in Sichuan province, local authorities said Tuesday.

The fire broke out in a forest area 2,100 to 3,000 meters above sea level in Ganzi Tibetan autonomous prefecture of this Southwest China province, forcing 32 residents to evacuate, said sources with the provincial emergency management department.

The fire has burned around 50 hectares of forest and grasslands as of Tuesday afternoon. No casualties have been reported.