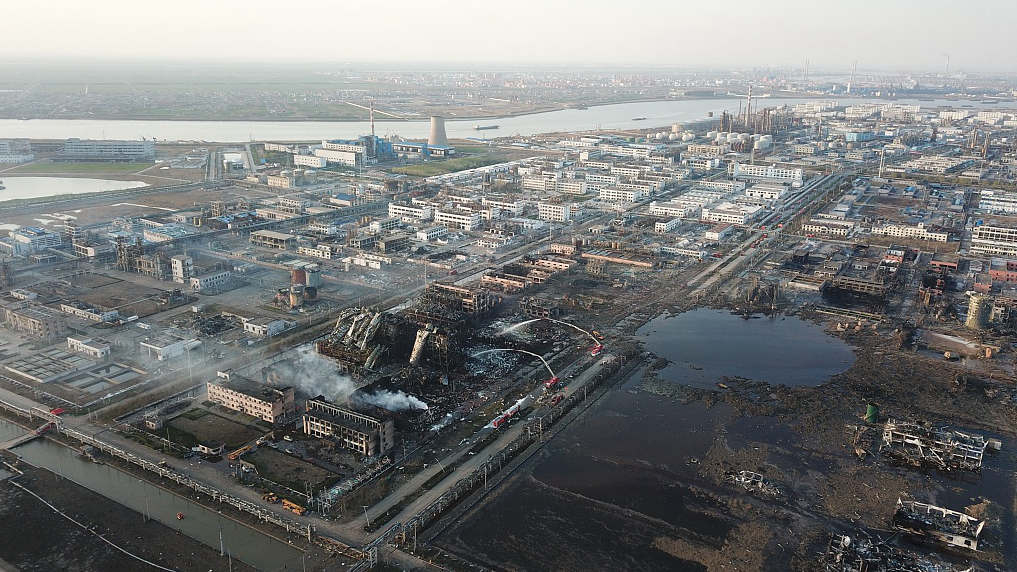 Sixteen local hospitals have received and treated 604 patients after Thursday's explosion in east China's Jiangsu Province, as of Sunday noon, said the authorities at a press conference.

Among the hospitalized people, 19 are in critical condition and 98 others are seriously injured. So far, 59 people have left hospitals after receiving treatment.

The blast occurred on Thursday at a chemical facility in Chenjiagang Industrial Park in the city of Yancheng.

Six rounds of rescue operations have been launched, according to Cao Lubao, mayor of Yancheng.

The rescue and search area has been expanded to two square kilometers, Cao told reporters.

The authorities are planning to orderly transfer chemical particulars to prevent secondary pollution.

The supervision of sewage disposal in this area has been strengthened, said Cao, adding that the monitored indicators are in the normal range so far.