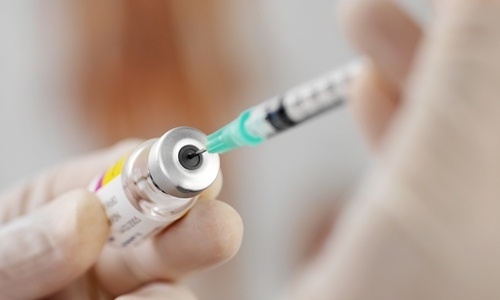 Chinese experts including Yuan Zhiming from the Wuhan Institute of Virology have debunked claims the coronavirus was created by a lab at the institute amid another round of intense conspiracy theory hyping from some US media and a Nobel laureate in France.

For political purposes, some forces have colluded to fan conspiracy theories slandering China's anti-virus efforts in order to deflect blame, which may complicate China's vaccine development at the current stage, experts said.

Yuan Zhiming, an expert from the Wuhan Institute of Virology, said in an interview with CGTN that it is absolutely impossible for the virus to have been leaked from the institute. "We have strict rules and ethical codes to guide scientific research and development. We have confidence in our management."

But there are people who constantly create narratives and fabricate conspiracy theories for political purposes but have no proof to support their claims. "We hope such conspiracy theories will not affect the joint work of our scientists to combat COVID-19", Yuan said.

Professor Luc Montagnier, who won the Nobel Prize for Medicine in 2008 for discovering HIV as the cause of the AIDS epidemic, said in a recent media interview, claiming SARS-CoV-2, responsible for the COVID-19 pandemic, "is a virus that was manipulated and accidentally released from a laboratory in Wuhan, China, in the last quarter of 2019." Montagnier said that Indian researchers have tried to publish the results of analyses that showed the coronavirus genome contained sequences from HIV virus.

The academic analysis by nine researchers from the India Institute of Technology was published on January 31 on website bioRxiv, titled "Uncanny similarity of unique inserts in the 2019-nCoV spike protein to HIV-1 gp120 and Gag."

However, the research article was withdrawn shortly after. BioRxiv wrote on its page that "these are preliminary reports that have not been peer-reviewed. They should not be regarded as conclusive, guide clinical practice/health-related behavior, or be reported in news media as established information."

Montagnier's remarks on the origin of the coronavirus have been criticized by medical experts worldwide, and many prominent scientists signed a joint letter published on The Lancet in February, debunking his narrative claiming the virus has an unnatural origin.

Rao Yi, president of the Capital Medical University in Beijing, said in a WeChat article on Saturday that as a top scientist on viruses, Montagnier's claim can cause broad controversy. But as a matter of fact, many medical scientists have expressed the novel coronavirus does not contain the HIV sequence at all.

Montagnier has been criticised in France and the global scientific circle for practicing pseudoscience, Rao said, noting that he once vetoed a Shanghai University attempt to introduce  Montagnier into China as a talent.

Le Parisien reported on Friday that these are not his "first baseless or even tinged words of conspiracy" by the Nobel laureate. Even before he received his award in 2008, Professor Montagnier supported the controversial theory of the "memory of water," which posits that water can hold the properties of substances it has been in contact with, and he recently even proposed autism could be treated with antibiotics.

The US's Fox News on Wednesday also released a report based on anonymous sources, claiming the novel coronavirus was made in a Wuhan lab.

However, an official at French President Emmanuel Macron's office said on Friday: "We would like to make it clear that there is to this day no factual evidence corroborating the information recently circulating in the United States press that establishes a link between the origins of COVID-19 and the work of the P4 laboratory of Wuhan, China."

As an expert from the Wuhan Institute of Virology, Yuan Zhiming said during his interview with CGTN that the theories being cooked by some foreigners may aspire to shift public focus and disturb the global unified battle against COVID-19.

Li Haidong, a professor at the Institute of International Relations of the China Foreign Affairs University, told the Global Times that the US and some people in Western countries are making claims not for scientific purposes but to gain political points.

"They are trying to slander China's anti-virus efforts and current achievements, hoping to make more excuses to badmouth China after the end of the pandemic, including forcing China to make 'compensations,'" said Li.

Hyping conspiracy theories could also help certain countries -- especially the US -- to shift people's focus from its failure in dealing with the pandemic to blaming China. And they are finding every possible scapegoat for that end, said Wang Hongwei, a professor at the Renmin University of China's School of Public Administration and Policy.

The novel coronavirus remains a mystery to the world. The international community should work together to battle the pathogen, while not hype conspiracies to distract scientists' efforts to tame it, Wang said.