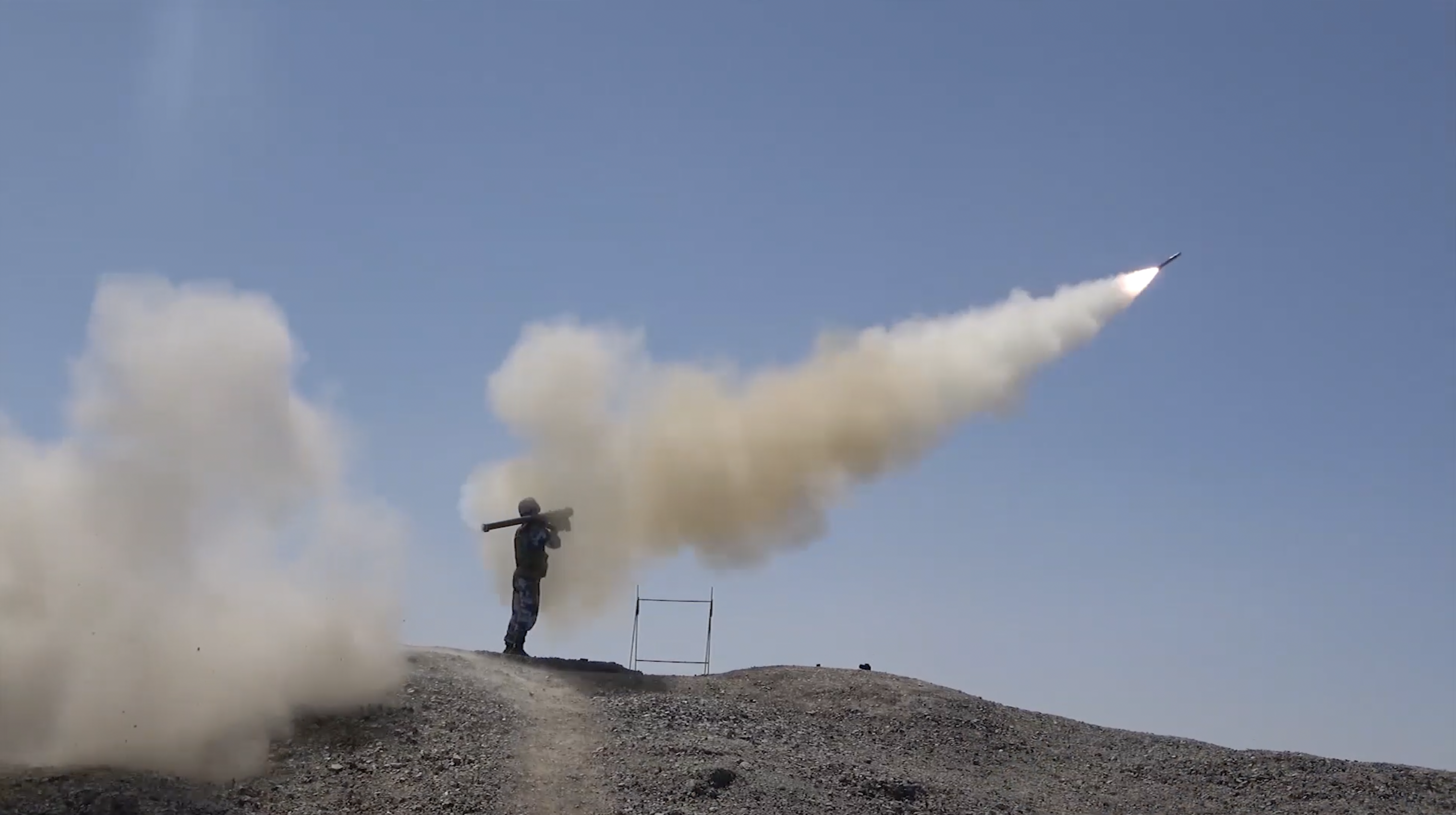 On Monday, the first day of the army games, teams from China, Russia, Belarus and Venezuela, competed in the individual race of the "Suvorov Attack." It's a race requiring contestants to evade obstacles while driving infantry fighting vehicles (IFVs).

Each team had three soldiers, maneuvering an IFV at its top speed of 75 kilometers per hour.

The Russian team used its home-developed BMP-3 model, while the three other teams used China-made Type 86A IFVs.

The vehicles ran along a 4.3-kilometer closed track. Each team had to complete two and a half laps and go through twelve obstacles.

Water obstacles, anti-tank barriers and an explosion site helped to simulate real combat situations along the track. The race is a test requiring keen observation, high-speed driving as well as rapid firing at targets.

"The first day of the race was safe and smooth, with all the teams performing well and showing good levels of training. Through attending the game and through the training, I think the participants will learn how to fight in real combat situations," Yang Chao, assistant chief referee in the "Suvorov Attack" contest, told CGTN.

China's crew finished the race in 15 minutes and 32.41 seconds, the fastest of all participants. The team destroyed all targets in the shooting competition, passing all obstacles.

At the site, Pei Deyi, coach of the Chinese team, told CGTN that "the event mainly tests the ability of a single crew to control the battle equipment. It requires close coordination between the driver, vehicle commander and gunner. We've organized more than 40 training programs, including specialized ones, in order to be well prepared."

The four countries will compete in two other individual races and one relay race during the two-week event. The army games will come to an end on September 4, when a closing ceremony where and the teams with the highest score to be awarded.