Laiyuan, a county deep in the Taihang Mountain in north China’s Hebei province, which used to depend heavily on coal mining, has transitioned toward a green economy after cutting outdated production capacity of coal and developing the ice and snow industry. 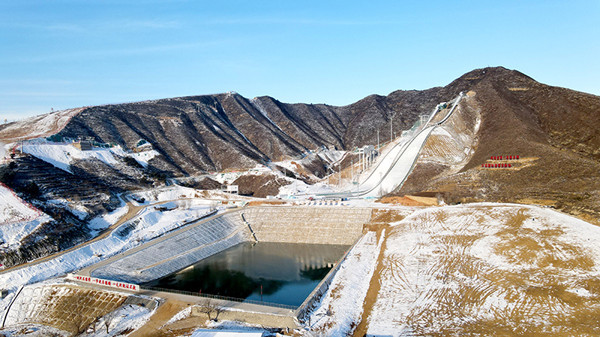 The jumping platform at the national alpine ski jumping training and scientific research base in Laiyuan, Hebei province, is covered with snow. (Photo: sasac.gov.cn)

Local resident Xin Yongfeng is a witness to all this. “Before I was 40, I worked as a coal miner. Then the mine I worked for was closed down and I found a job at a local ski resort,” he said.

Coal mining previously contributed more than 80 percent to Laiyuan’s revenues. As part of the tasks to shut down capacity initiated by Hebei province, Laiyuan closed down several hundred mine fields.

In 2017, a ski resort was opened in Laiyuan, providing jobs for nearly 200 locals who had previously worked as coal miners. That came to two-thirds of the total number of staff members at the ski resort, according to an official from Laiyuan. “The ice and snow industry boosted employment and consumption, and provided jobs for laid-off workers,” the official pointed out.

In 2019, construction of the national alpine ski jumping training and scientific research base, and its supporting facility, a high-tech wind tunnel for training, was started in Laiyuan. This significantly boosted the development of local ski resorts, scenic spots and agritainment.

In 2016, Xin Chenxu, a local farmer opened his agritainment business. But in the beginning, business was far from good.

“Summer and autumn were the busy season while winter was really a slack season, as there were hardly any visitors,” said Xin, adding that to reduce labor costs, he worked as the cook and his wife was a waitress.