CHINA Illegal Didi plug-in doubles the prices of your ride

Illegal Didi plug-in doubles the prices of your ride 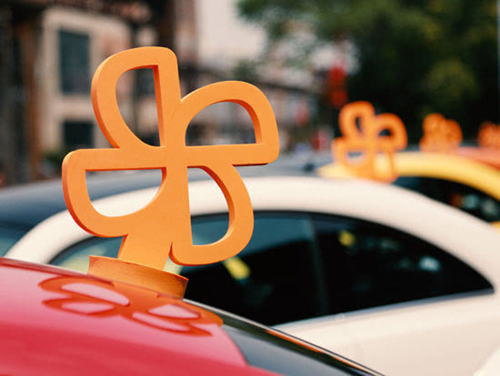 China's biggest car-hailing app Didi was caught in another plight when an illegal plug-in app was disclosed on August 11. When activated, the plugin doubles the cost of a car ride.

In response, Didi has announced it would block any accounts identified to be using the plug-in and penalize the driver.

On August 10, a Didi driver surnamed Wang in northwest China’s Shaanxi Province disclosed the cheating app to the Chinese Business News. An onsite test showed that the price of a Didi ride estimated to be eight yuan, showed up as 16.09 yuan, doubling the price.

According to Wang, he was selling cell phones when one of his customers, a Didi driver, told him he could make 20,000-30,000 yuan (2,900-4,300 US dollars) a month by driving with Didi. Surprised by the large figure, Wang discovered the plug-in. The customer showed him an order on his phone that displayed as 100 yuan, when the predicted charge was only 40 yuan.

Wang quit his job and copied the trick. According to him, he could earn about 700 to 800 yuan a day using the plug-in app. Without it, the figure was cut by more than 50 percent, shrinking to 300 yuan.

As mentioned by Wang, the price would be easily doubled, or even tripled in some cases. He guided the journalist through an order as an example. The destination was the Terracotta Army Museum, with an original estimate of 90 yuan. But later, that number surged to over 180 yuan.

Another one of the plug-in's "magical" functions allows Didi drivers to filter orders by specific departures or destinations, letting them target long-distance routes, easily giving the Didi driver an opportunity to double more expensive rides.

The app is a tightly-guarded secret among drivers, said Wang. It can't be found in any app store; it's only facilitated through a secret chat group, where referrers could buy phones with the plug-in app already pre-installed. No one was accepted into the group without being referred, and the app was set in English, so that it would be harder to detect by the surveillance system.

Cases of fraud on the platform have been reported before. But without evidence, the platform only punished drivers with minor penalties, often much less than the profits they were making.

Wang said he was tortured by his conscience even after quitting the app, and decided to make the secret known to the public.

The plug-in was originally detected by Didi in April. The platform reported it to the police and 105 individuals suspected of selling the plug-in were arrested in July in south China’s Guangdong Province.

Responding to the latest report, the company has announced its determination to crack down on the unforgivable behavior.

A new counter-measure system for detecting the app was released and drivers who are identified as users would be blacklisted and seriously fined.

Also, according to the police, drivers who made a profit of over 3,000 yuan (440 US dollars) through the app can be considered to have committed fraud by law and face the risk of jail time, reported the Chinese Business View on August 12.