HOHHOT, Feb. 26 (Xinhua) -- A preliminary investigation showed the vehicle involved in the mine accident that killed 22 people in northern China was illegally purchased online and was overloaded when the accident happened. 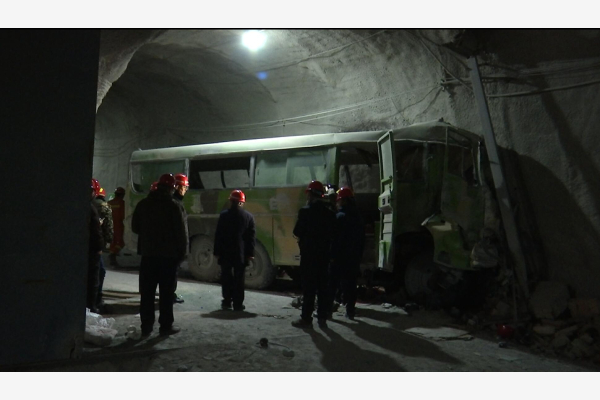 The accident occurred on Feb. 23 when a shuttle vehicle lost control and crashed into the side of a tunnel in a lead, zinc and silver mine under Yinman Mining Company in West Ujimqin Banner, Xilingol League, Inner Mongolia Autonomous Region.

The investigation team announced Tuesday that the company illegally bought the vehicle online, suggesting it did not undergo safety check, and the company used the vehicle, which was meant for ground transport, underground instead.

The vehicle was designed to carry 30 people at most, but it was overloaded with 50 onboard when the accident occurred.

The investigators said they would work to further make clear the exact cause of the accident, and those responsible for the accident would be held accountable. The investigation will be completed within 10 to 15 days.

Ten suspects have already been detained.

Inner Mongolia has sent 12 work teams to different mining companies across the region for safety checks.