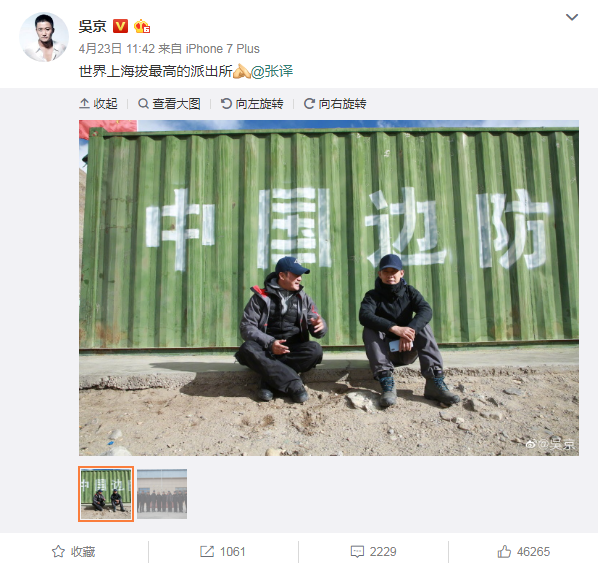 The post by Wu Jing saying he was at the world highest-altitude police station. (Photo: China Plus)

A photo of the "world's highest-altitude police station" posted by the Chinese actor-director Wu Jing on Weibo was corrected by the National Immigration Administration in a post that has gone viral on social media in China.

Wu Jing recently posted photos on Weibo of what he said was the highest-altitude police station. The post was noticed by the National Immigration Administration, which replied that the police station Wu Jing photographed, at an altitude of 4,800 meters, was not actually the world's highest. 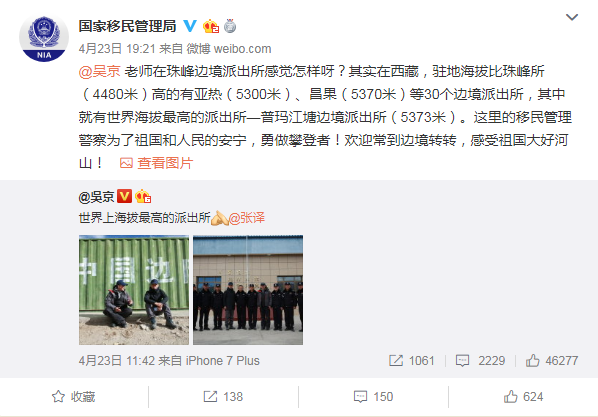 The reply by the National Immigration Administration's to Wu Jing's post.(Photo: China Plus)

According to the agency, there are more than 30 border police stations located at higher altitudes in Tibet. Of these, the record goes to a station that is 5,373 meters above sea level. The agency posted photos of the station on its Weibo account that showed the extreme environmental conditions in the region.