Impact of US tariff hikes on China's manufacturing sector controllable 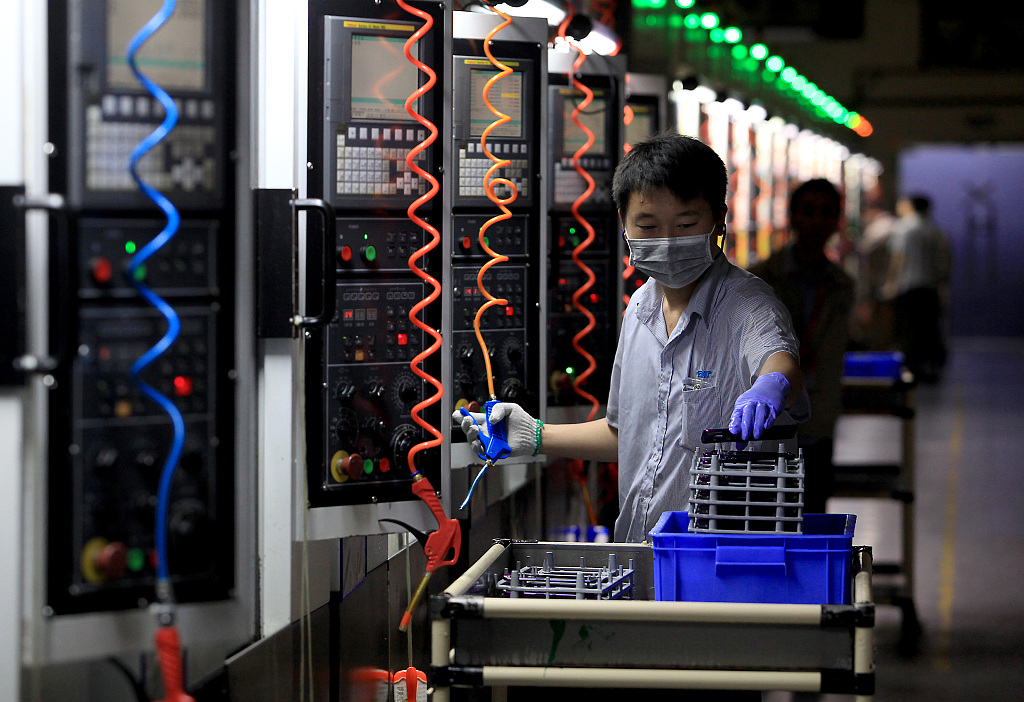 BEIJING, May 27 (Xinhua) -- Tariff hikes by the United States will to some extent result in an increase of enterprise operation costs, lower competitiveness and fewer orders, but their impact on China's manufacturing sector is generally controllable, a senior official told Xinhua in an interview.

The 200 billion US dollars worth of Chinese goods on which the United States imposed additional tariffs accounts for 41.8 percent of China's exports to the country, but only 8 percent of China's total exports, said Wang Zhijun, vice minister of industry and information technology.

Moreover, about half of the affected enterprises are foreign-funded enterprises, including many American companies, said Wang.

In other words, the tariff hikes hurt not only the interests of Chinese enterprises and consumers, but also US companies and consumers as well as the global supply chain, said Wang.

In addition, the purchasing managers' index for the manufacturing sector held steady at 50.1, remaining within the expansion range.

NBS statistics also showed that profits of China's major industrial firms fell 3.7 percent year-on-year in April, thanks to a higher base in April last year and an earlier unleash of the market demand in March as lower value-added tax rate was implemented on April 1.

Li Chao, an analyst with Huatai Research Institute, said that industrial profits would return to the positive territory, but how fast will depend on market demand, prices and the policy incentives of tax cuts and fee reductions.

"Trade frictions may amplify short-term fluctuations but will not impact the long-term trend of asset prices based on what happened during the U.S.-Japan and US-EU trade frictions," Li said.

As enterprises may continue to foreload their exports, the data will not worsen in the second quarter, he said.

Based on figures from April, China's manufacturing sector has seen improving structure and efficiency. Among the 41 sub-sectors, 27 saw higher profits and 14 reported lower earnings in April.

The structural change was in line with a shift in China's economic growth drivers from exports and investment to domestic consumption and high-end industries, analysts said.

For every 100 yuan of revenue they generated, the costs they bore fell by 1.1 yuan from a year earlier to 88.7 yuan in April.

Wang said that manufacturing firms' confidence had been enhanced thanks to the gradual unleashing of policy dividends as a result of the country's lower value-added tax rate.

In the long run, innovation will be the main engine to propel the expansion of China's manufacturing industry. To encourage corporate innovation, China unveiled various measures, including establishing a series of innovation centers and laboratories, increasing support for enterprises in key fields and optimizing innovation-oriented policies.

Wang said China will place greater emphasis on innovation in enterprises' development and urge them to increase research and development investment with more tax cuts and fund and loan issuances for innovation projects.

While enhancing resource sharing on various research platforms, the country will promote the application of scientific achievements, encourage domestic enterprises to carry out international innovation cooperation and intensify the protection of intellectual property.

Despite the disruptions from the increased tariffs imposed by the United States, Wang said the country's manufacturing industry has a bright prospect.