CHINA Implementation of national security law in HKSAR 'anchor' for Hong Kong to change from chaos to order: Carrie Lam

Implementation of national security law in HKSAR 'anchor' for Hong Kong to change from chaos to order: Carrie Lam 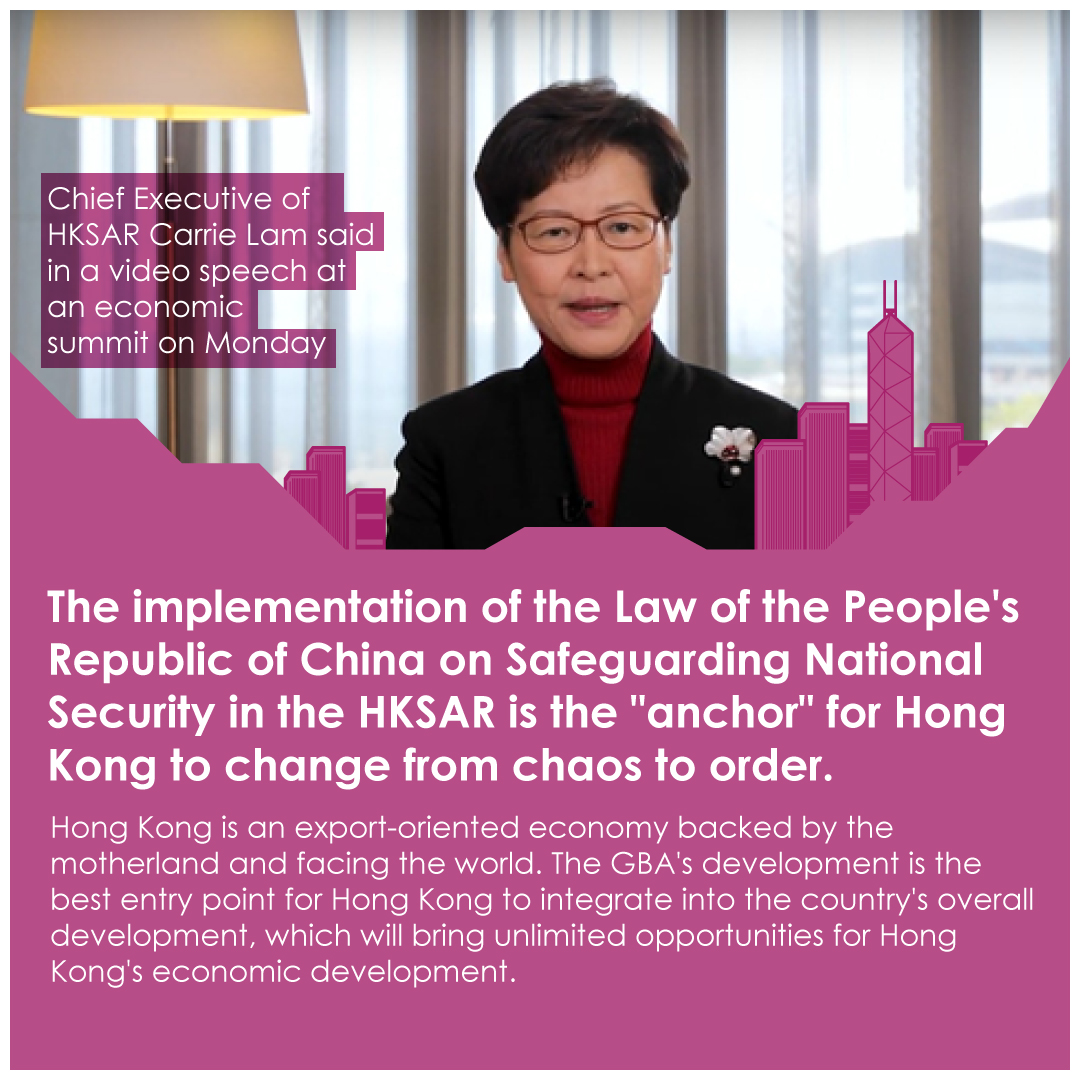 Chief Executive of the Hong Kong Special Administrative Region (HKSAR) Carrie Lam has said that the implementation of the Law of the People's Republic of China on Safeguarding National Security in the HKSAR is the "anchor" for Hong Kong to change from chaos to order.

Delivering a video speech at an economic summit on Monday, Lam said the National People's Congress and its Standing Committee have solved problems for Hong Kong from the constitutional level.

The implementation of the Constitution and the Basic Law of the HKSAR as well as the establishment of the legal system and the enforcement mechanisms for the HKSAR to safeguard national security have laid a solid foundation for Hong Kong to maintain long-term prosperity and stability, and promote economic growth.

Also in a video speech at the summit, Paul Chan, financial secretary of the HKSAR government, said that the United States had earlier suppressed Chinese enterprises listed there, prompting many enterprises to return to Hong Kong for listing, which in turn has driven the Hong Kong stock market to continue to boom last year.