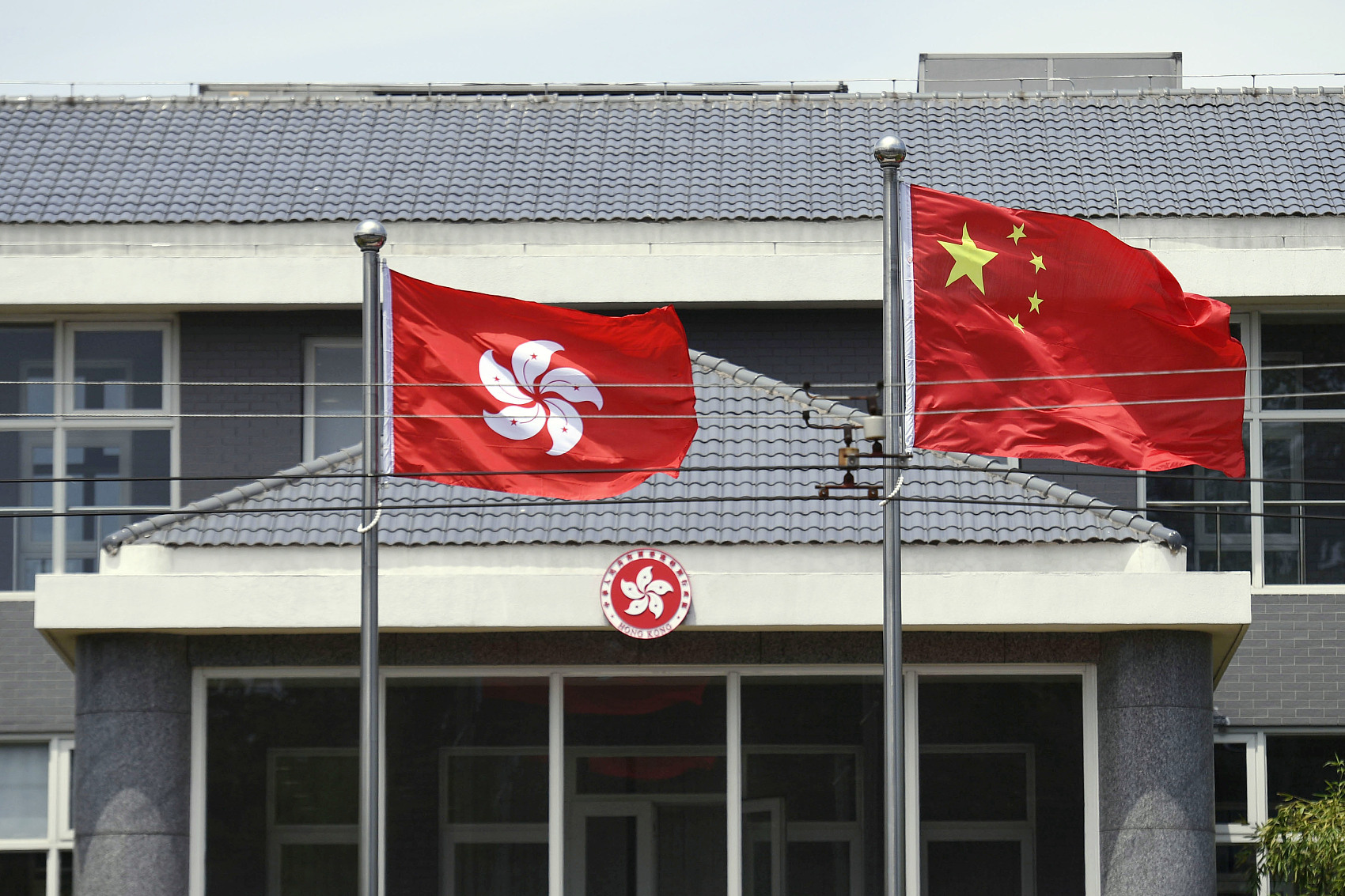 HONG KONG, July 7 (Xinhua) -- The Implementation Rules for Article 43 of the Law of the People's Republic of China on Safeguarding National Security in the Hong Kong Special Administrative Region (HKSAR) take effect on Tuesday, the HKSAR government said when the implementation rules were gazetted on Monday evening.

At the first meeting of the National Security Committee on Monday, the chief executive, in conjunction with the National Security Committee, exercised the power under Article 43 of the national security law to make relevant implementation rules for law enforcement agencies such as the department for safeguarding national security of the Hong Kong Police Force to implement the measures stipulated under Article 43, the HKSAR government said in a statement.

The implementation rules provide for rules that relevant officers should observe when carrying out the specific measures concerned to prevent, suppress and impose punishment for offences endangering national security, and relevant offences and penalties for the effective implementation of the measures, so as to improve the enforcement mechanisms for the HKSAR to safeguard national security.

An HKSAR government spokesman pointed out that the implementation rules, formulated for the exercise of various measures by relevant officers, clearly set out in detail the procedural requirements, circumstances that must be met and conditions for approval when implementing those measures.

The implementation rules include search of places for evidence by law enforcement officers and related agencies; restriction on persons under investigation from leaving Hong Kong; freezing, restraint, confiscation and forfeiture of property related to offences endangering national security; removal of messages endangering national security and request for assistance; requiring political organizations and agents of foreign countries and China's Taiwan to provide information on activities concerning Hong Kong; application on authorization for interception of communications and covert surveillance; requirement to furnish information and produce materials.

The HKSAR government representatives will brief members of the Legislative Council of the HKSAR on the content of the national security law and the implementation rules.