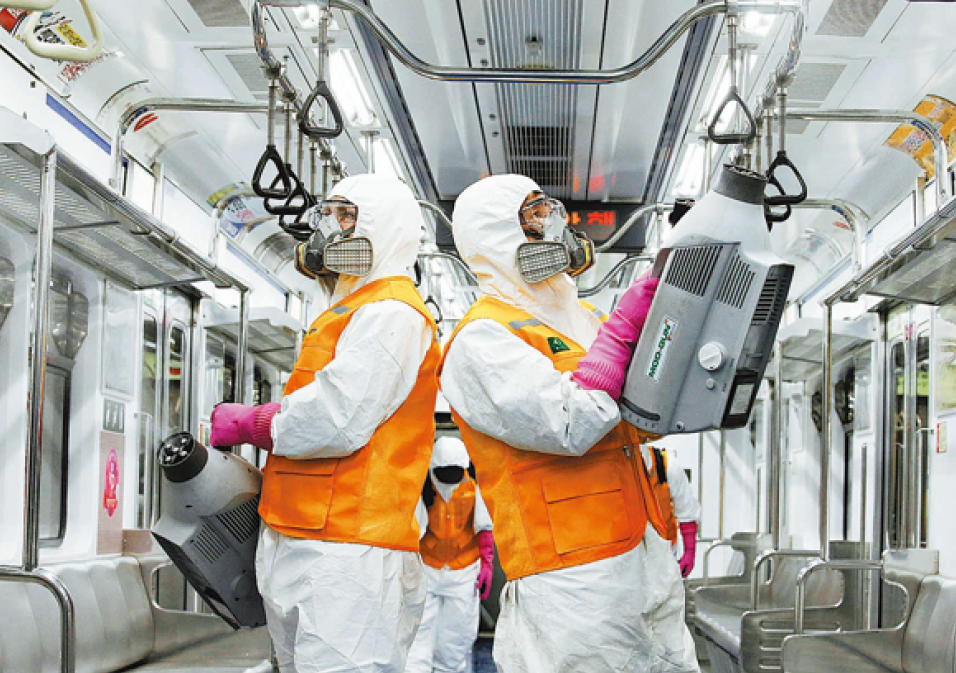 As the waning of the novel coronavirus epidemic continues in China, with the number of daily new cases dropping precipitously to double-digits and hospitals in Wuhan, the epicenter of the outbreak, either closed or opening up with empty beds, experts said the stakes are still high, especially along the country's intricate network of ports and airports.

Amid surging infections overseas, the number of imported cases nationwide rose by 10 to 79 as of Tuesday. After days of no new indigenous infections outside Hubei province, Heilongjiang province on Tuesday confirmed a new case in its Greater Hinggan Mountains area — another reminder of the virus's capability to reemerge in seemingly safe regions, according to the National Health Commission.

Now, customs authorities and transportation hubs such as Beijing and Guangdong province are tightening up screening and monitoring of inbound travelers, and Hubei has decided to maintain outbound travel restrictions — signs that China is not slackening and remains committed to battling the epidemic.

The unwavering vigilance is conveyed from the top down. During an inspection tour to Wuhan on Tuesday, President Xi Jinping said the spread of the novel coronavirus has been basically curbed and the overall situation is stabilizing in Hubei and Wuhan. However, he stressed that the tasks ahead remain arduous and heavy, and called for a consistently sensible and vigilant mindset and warned against any inclination to loosen up or become fatigued.

Wuhan added 13 new cases and six suspected cases on Tuesday, and the rest of Hubei had reported zero new infections for six consecutive days, according to the National Health Commission.

But there are still 15,671 confirmed patients hospitalized in Hubei, including 4,412 in severe condition, the commission said.

Li Lanjuan, a member of the commission's senior expert panel, said that with a large number of patients under treatment, it is hard to pinpoint the end of the epidemic.

By the standards of the World Health Organization, a viral epidemic can be declared eliminated in a region when two consecutive incubation periods — 28 days in total in the case of the novel coronavirus — pass with no new infection.

In addition to meeting the global criteria, China also would need to make sure it has found, hospitalized and quarantined all infections before determining that the epidemic has been wiped out, Li told People's Daily on Tuesday.

"In Wuhan, it is expected that daily new infections will hit zero by the end of March," she added.

However, Li said China should remain alert for a resurgence of the virus and the risk of imported cases from overseas.

Zhong Nanshan, a renowned epidemiologist based in Guangdong, said at a news conference this week that global outbreaks are estimated to be sustained until June at least.

"The focus of our control work will shift from preventing cases from flowing out to curbing imported cases," he said.

Beijing Capital International Airport has partitioned an area in its Terminal 3 to handle planes and passengers flying in from countries hit severely by the epidemic, the Beijing Municipal Health Commission said on Tuesday.

The capital also is requiring all inbound travelers to either self-isolate at home or undergo observation for 14 days.

Those arriving in Beijing for business trips should stay in designated hotels and submit to a nucleic acid test for the virus, according to the municipal government.