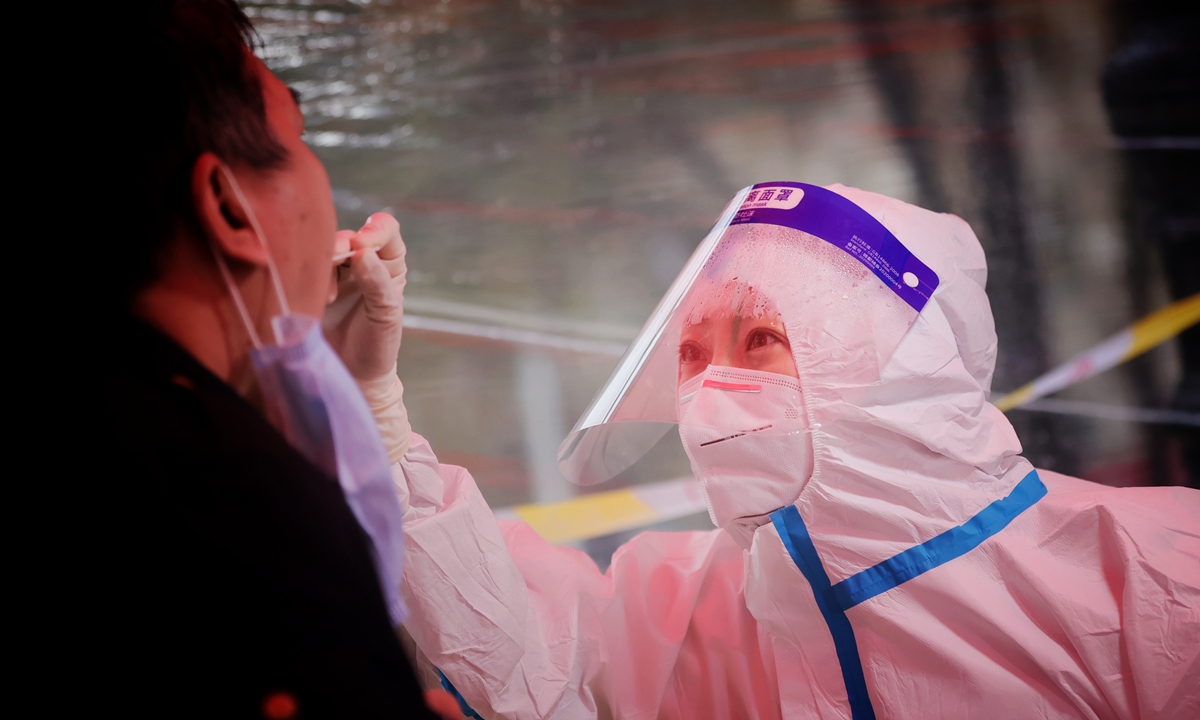 A community in Daoli district of Harbin, Northeast China's Heilongjiang Province, starts nucleic acid testing for all its residents on October 31, 2021 after Harbin reported one confirmed case and two positive cases on October 30. (Photo: VCG)

Imported delta variant has been confirmed as the cause of the latest COVID-19 flare-up in the China-Russia border city Heihe, Northeast China's Heilongjiang Province, the local disease prevention and control center disclosed on Monday.

According to Heihe Center of Disease Prevention and Control, most positive results from nucleic acid testing were detected at centralized quarantine sites, the China Central Television (CCTV) reported.

Most of the infections were identified as non-severe cases and they have been receiving treatment at designated hospitals.

The city launched the sixth wave of city-wide nucleic acid testing starting from Monday. As of Sunday, the city has a total of 79 confirmed infections of COVID-19.

Heilongjiang reported 27 new local infections on Sunday including 25 in Heihe and two in the capital city Harbin. All of them were spotted by proactive screening during centralized quarantine or home observation.

As of Sunday, the province had a total of 82 local cases and two imported cases.