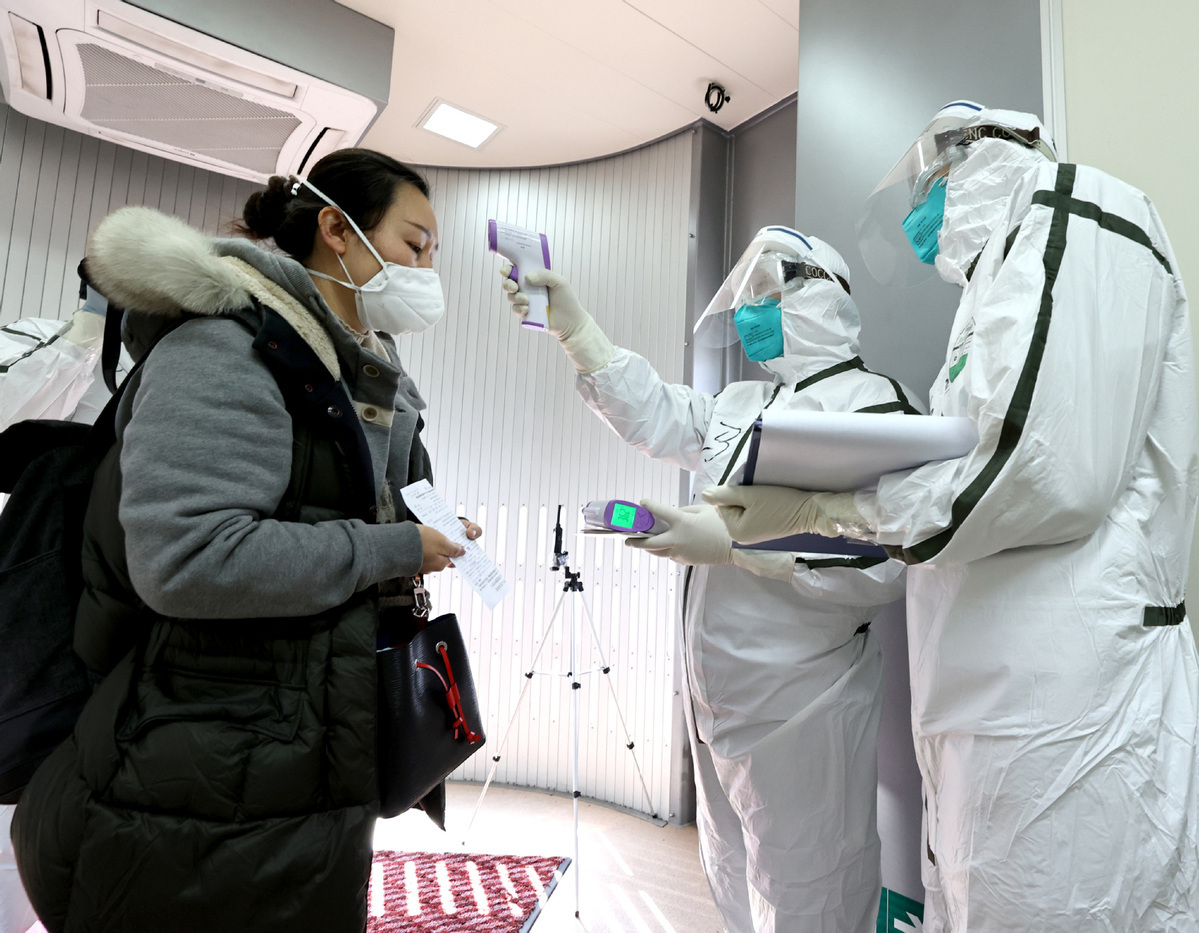 Staff members take the temperature of a passenger at the Terminal 2 of Beijing Capital International Airport in Beijing, March 7, 2020. [Photo/Xinhua]

Risks of infectious disease imported from overseas have been increasing, with the capital reporting 13 such cases since the beginning of the novel coronavirus outbreak in December through Saturday.

In a recent example, Beijing police are investigating people who arrived from Italy. Several infected patients had concealed their symptoms of fever and dry cough before boarding a flight to Beijing.

Beijing Public Security Bureau announced on Saturday evening that a woman surnamed Liao and her brother ran a business in Italy and that both took anti-pyretics to reduce their fevers before taking the flight.

Police found that some of Liao and her brother's family members filled out the health declaration cards for entry into China that misstated the real condition of their health, thus putting other passengers on the plane at risk of infection, the bureau said in a statement.

On Friday, the local public security bureau in Shunyi district launched an investigation of Liao and others involved on suspicion of obstructing prevention and treatment of infectious diseases.

The four travelers from Italy, including Liao and her brother, were confirmed on Thursday, the day after they arrived at Beijing Capital International Airport, to be ill with novel coronavirus. They have all been hospitalized in Beijing.

"As an international port of entry, Beijing faces surging risks of infection from overseas," Cai said. "At the moment, the airport is the battlefield, and its gateways serve as the front line. Stringent and strict preventive measures should be taken to guard the gates of our country, such as improving services for inbound travelers to build a more open and safe port."

He said that an epidemic prevention zone－an area to examine the health of inbound passengers－needs to be set up in the airport and multiple efforts in customs, immigration inspection, disease control and prevention should be strengthened.

Beijing first reported two imported novel coronavirus cases on Feb 29, both close contacts with a previously confirmed patient in the Ningxia Hui autonomous region. They were all travelers from Iran.