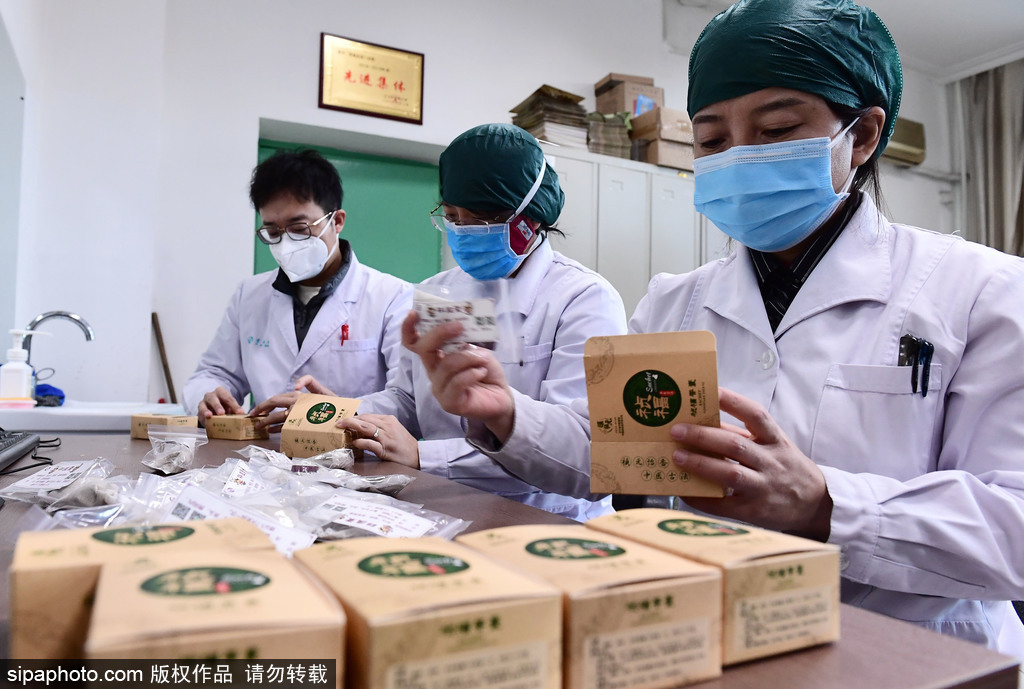 The top drug regulator in North China's Hebei province has started an express approval channel for local drug makers manufacturing medical products that can be used in the fight against the novel coronavirus. (Photo: Sipa)

China has imported about 1.2 billion yuan ($171 million) of medical supplies to assist with virus control since Jan 24, and it is also looking to ratchet up domestic production and speed up the transportation of these supplies to key regions plagued by the novel coronavirus outbreak.

Among the 377 million pieces of imported supplies, 23.5 percent are from donations, Jin Hai, a senior official with the General Administration of Customs, told a news conference on Wednesday. The donations consisted of 71.8 million masks, he added.

"The country on average has imported over 150 million yuan in medical supplies for virus control a day since Jan 30," he said.

The administration has designated special windows and green passages to facilitate the customs clearance of medical supplies, he noted.

As imports keep pouring in, the country's domestic mask producing capacity, which fell because of the Spring Festival Holiday, has gradually resumed.

The daily output of masks in 22 key provincial-level regions had reached 14.8 million as of Monday, up by 3.1 percent from the previous day, said Hao Qingfu, deputy director of National Development and Reform Commission's department of social development.

This means 67 percent of mask producing capacity in these regions has been in operation, he noted.

He also said the daily output of N95 masks, which are used for medical protective purposes, had reached 116,000, up 48 percent from a day earlier.

Hao also dismissed the worry of some medical supply companies that they will see a glut in production after China wins the battle against the virus.

"We reiterate that the excess will be purchased by the government after the outbreak comes to an end," he said. "As long as their products meet the standards, they can go full steam ahead to promote production."

He also called on the public to use other types of masks besides the N95 kind so that more of those masks can go to medical professionals working on the front line.

Cao Xuejun, deputy director of the consumer products industry department of the Ministry of Industry and Information Technology, said the government has also enhanced the distribution of medical supplies to Hubei, the center of the outbreak.

As of Tuesday, 219,000 sets of medical protective gowns and 233,000 safety goggles have been dispatched to the province.

A special team assigned by the State Council to support supplies has unified the management and distribution of medical supplies, including medical protective gowns and safety goggles, in accordance with the virus control measures in the Hubei provincial capital of Wuhan, she said.

She also said the ministry has dispatched officials to key medical supply companies to ensure their products arrive in Wuhan and are distributed in a timely manner.