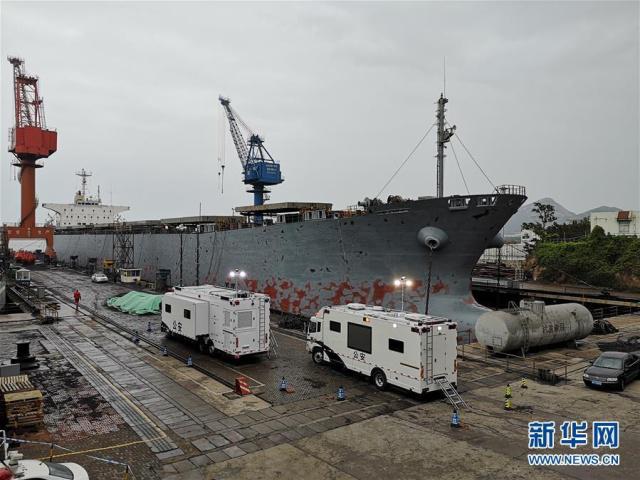 The leak occurred at around 4 pm at Longyan Port in Rongcheng, Weihai. (Photo:Xinhua)

A carbon dioxide leak on a ship that killed 10 people in Shandong province was likely caused by improper repair procedures, local authorities said on Sunday.

The gas leaked as work was being done on the fire prevention system of a cargo ship on Saturday, the emergency management team said.

The leak occurred at around 4 pm at Longyan Port in Rongcheng, Weihai.

Nineteen people who were injured were being treated in local hospitals, according to the information office of Weihai. All are in stable condition.

Those suspected of being responsible for the accident are in police custody.

Vice-Premier Sun Chunlan, State Councilor Wang Yong and Huang Ming, Party chief of the Ministry of Emergency Management, have all instructed local authorities to properly handle the aftermath of the incident.

The cargo ship, Jinhaixiang, is owned by Fujian Shipping Co. The company sent staff to Weihai to handle the aftermath of the accident.