BEIJING, Feb. 19 (Xinhua) -- A Chinese law expert has spoken of the need to improve Hong Kong's electoral system to ensure Hong Kong is governed by patriots. 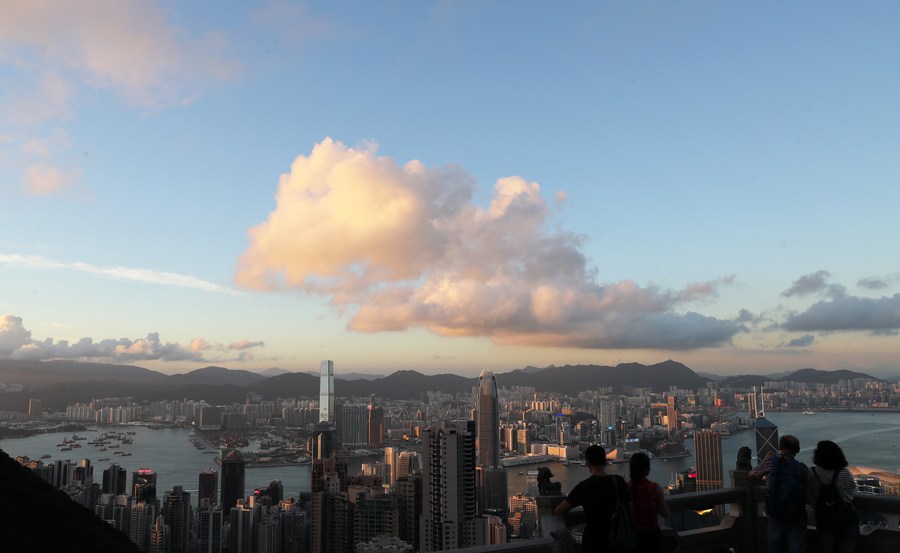 Hong Kong's electoral system aims for "upholding national unity and territorial integrity, maintaining the prosperity and stability of Hong Kong," a principle inscribed in the preamble of the Basic Law of the Hong Kong Special Administrative Region (HKSAR), said Han, who is also a member of the HKSAR Basic Law Committee under the National People's Congress Standing Committee.

The electoral system must stick to the fundamental principle of "patriots governing Hong Kong," Han said, adding that the root cause of the chaos afflicting Hong Kong that started in 2019 is the failure to effectively implement this principle.

Noting that Hong Kong's democratic and electoral systems have some loopholes, the expert called for plugging them at the earliest.

Some of these flaws were highlighted by Han, including the failure to ensure all candidates meet the patriotic ethos -- which led to some candidates advocating "Hong Kong independence" winning the elections.

Han also noted the inability of the existing electoral system to effectively represent the overall interests of Hong Kong society, and the inadequacy of the elections in reflecting the will of the people.

He further pointed out that Hong Kong's electoral system lacks a proper mechanism to guard against external interference, giving foreign anti-China forces a chance to destabilize Hong Kong and interfere with its democratic development, thus posing a serious latent threat to national security.

Stressing election security as an important foundation for national security, Han said Hong Kong's electoral system concerns the security of both the HKSAR and the entire country, and it is necessary to ensure patriots enter the governing team through the elections.

If the electoral system is not improved, the national security risks can not be forestalled, posing various risks to Hong Kong's constitutional order, Han said.

The fundamental purpose of improving the electoral system is to help improve the institutions for "one country, two systems," maintain Hong Kong's long-term stability and protect the rights and freedoms of Hong Kong residents, he said.