CHINA Improving the quality of life of elderly residents of Gulangyu

Improving the quality of life of elderly residents of Gulangyu

In 2005, Gulangyu, an island under the administration of Xiamen, was introduced to tourists as the most beautiful town in China. It gradually became one of the country's most popular resorts. 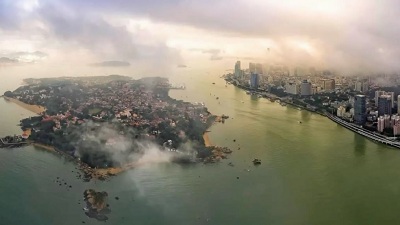 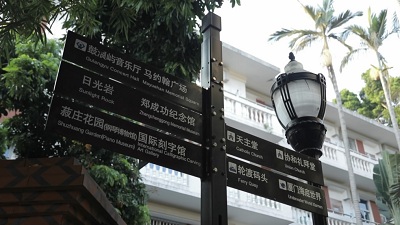 Road signs on Gulangyu . /By CGTN

After years of development, the island is packed with shops, hotels, pubs and cafes. Young people feel the warmth of the breeze and waves while enjoying the convenience of a modern tourist industry.

The voices of local people are, however, overwhelmed by those of the visitors. On this island of 1.78 square kilometers, "there are about 4,000 households, which means more than 13,000 permanent residents," says Yang Caihong, a doctor in the Gulangyu Branch of The First Affiliated Hospital of Xiamen University.

More than 30 percent of the permanent residents are over 60 years old, including some centenarians. Yang Caihong, a doctor at the Gulangyu Branch of The First Affiliated Hospital of Xiamen University. /By CGTN 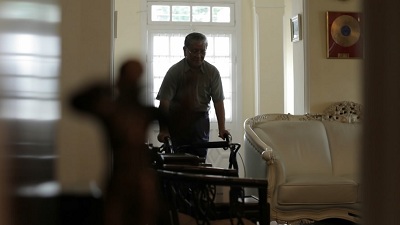 Infirm people  are most at risk. CGTN Photo

There are no vehicles on the island. Though having to walk through the town pleases many tourists and young people, it presents an immediate obstacle for the elderly, not to mention when they fall ill.

"When the old people got sick, they'd have to go to Xiamen by ferry, which normally takes more than half the day," Yang said. "Some medical examinations may need at least three round trips. That's too hard for them. I've been living here for 7 years, and I've got relatives here. It's my duty to help them." 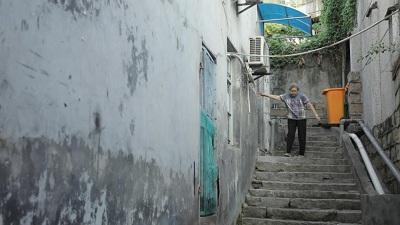 As a result a pilot healthcare reform  project is underway in Xiamen, under the direction of three doctors. The Gulangyu Branch Hospital has set up a health record for every chronic patient and carries out treatment according to the type and degree of ailments. Each patient is taken care of by a specialist physician, a general practitioner and a health manager. They would keep tracking the patient's medical history. A physician and a health manager on the way to register a patient. /By CGTN

Due to limited medical resources and transportation, the residents had little trust in the town's medical system.

"They would not open the door and were very distant," said Yang. "They were thinking: what problems can you solve? Would the examinations be accurate really? They were full of distrust. They wouldn't come even though the health checks were free of charge. I was very upset. I doubted myself, but had to adjust my own mindset."

To help change mindsets,  GPs and health managers visited over 4,900 households in more than 100 days.

"We collect the information of the patients and label them with red, yellow and green tags. We visit them every week, making sure they get the diagnosis and undergo the treatments. Then we follow the observation and monitor the health education." 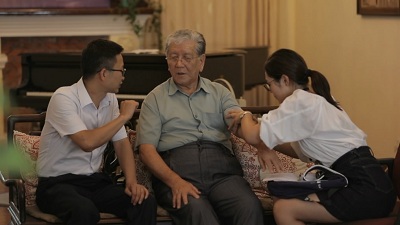 The elderly are a focus of the reform project. CGTN Photo

Most of the measurements aim to help the elderly who cannot travel far and patients with chronic diseases. They are carried out by the "three doctors" who visit once in a while. Vehicles are deployed for picking up elderly people to take them to the hospital.

Gradually, Yang saw the fruits of her endeavors. Yang Caihong in the hospital. /By CGTN

"An old lady has to stay in bed and take medicine after a stroke. The prescription, however, was only for one week. The son of the couple was not with them. Every time the husband went out, he'd worry that bad things could happen at home. He felt so helpless. After signing the contract with us, he was greatly relieved. The doctors and the health manager would go to his place with medicine. And he would call us with medical issues."

Yang and her colleagues are like the barefoot doctors in the old days, going from one household to another. Modern technologies bring more efficiency: data from the blood pressure monitors and glucometers that they set up at the patients' houses would be synchronized with the doctors' phone apps. Today, the residents don't have to ferry across the strait for medical services. Patients with chronic diseases and the elderly can be treated at their homes. Gulangyu as "an island of the elderly," is becoming a comfortable place for people to enjoy their twilight years. 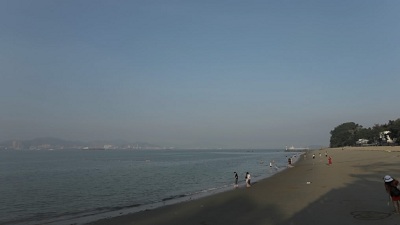 The story is one in The 1.3 Billion series exploring the diverse lives that make up China.