CHINA In a Chinese border town, forgetting and remembering a family history

In a Chinese border town, forgetting and remembering a family history 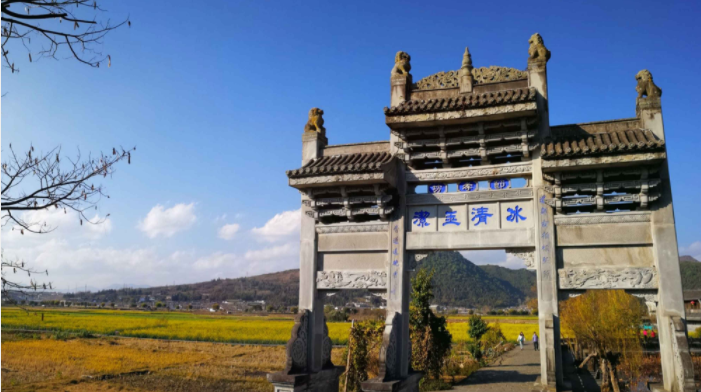 Less than 100 kilometers from the Chinese-Myanmar border is the ancient Chinese village of Heshun. Picturesque and seemingly untouched by time, the village remains a popular tourist destination for those wanting to see what life looked like during the Qing and Ming Dynasties. Living among the stone alleyways and traditional houses is Li Kunba or Grandma Li, who remains the lone guardian of her ancestral home.

Her centuries-old home now doubles as a museum. Guarding the entrance are officials ready to hand you a ticket in exchange for a small fee. Instead of family members, Grandma Li interacts with tourists when she isn’t taking care of herself. The family’s history is laid bare on the walls for visitors to see – and hopefully preserve – in bearing witness to a family that lives everywhere but there.

In many ways, the Li family embodies the typical experience for those living in Heshun – in that most family members don’t actually live there. The village counts almost 6,300 people as its residents, with approximately 6,000 of those working overseas, scattering themselves in outposts as far as the US and Canada, and as near as Laos and Myanmar.

Travel has always been a part of the village’s lifeblood. A former stop on the Southern Silk Road, Heshun was home to merchants who made their fortunes trading goods between China, Myanmar and India. Grandma Li’s ancestors traded everything from Chinese silk to paper and tea, to the profitable jade business, which helped make her family one of the most affluent in Yunnan Province in the 19th century.

But the wealth was not what originally brought her family to Heshun. Grandma Li traces her family back to a Mongolian general named Li Heishibo in the 14th century. During the Ming Dynasty, the general marched from what is today called Inner Mongolia to the southwest corner of China – an area that was at the time populated by the Wa ethnic group.

Grandma Li recounts that his task was to help guard the border areas, and in doing so was part of the movement of Han Chinese to Heshun. Historian Yi Li in her book “Chinese in Colonial Burma” writes that during the first years of the Ming Dynasty, “Han Chinese came to this region in large numbers with military campaigns and later settled down, taking part in a centralization process that brought this southwestern periphery under the direct control of Beijing”.

These are the types of stories Grandma Li guards. In the same way that the family’s history is inseparable from the town, parts of the Li family can be found in the larger history of China. The general had three sons – a farmer, a businessman and a scholar. Descended from the scholar was Ai Siqi, a philosopher whose most famous work, “Popular Philosophy” was deemed a “valuable book” by Mao Zedong.

Published in 1936, “Popular Philosophy” was arguably one of the most influential texts on Marxist thought at the time, helping spread the ideas that some people argue ultimately led to the founding of the People’s Republic of China in 1949. Today, Heshun has a memorial dedicated to Ai Siqi’s work at his former residence.

Part of the reason why Grandma Li stays in her ancestral home is to remember the people who lived there – something even more pertinent given that many family artifacts and photos were deliberately forgotten during the Cultural Revolution, when people were encouraged to relinquish the past for a better future. All the photos hanging on the walls are reconstructions of photos that once existed, she explained to us, with her memory and presence functioning as the binding agent between a past that was once forgotten, and a family that continues to move throughout the world.

What will happen to the home when she passes? With no expectation that the kids will return, she said she will likely pass the preservation of the Li family estate to the government.