In Hangzhou, 2 detained over COVID spread

Two people were detained for investigation on Tuesday after authorities said they may have caused the spread of COVID-19 in Hangzhou, Zhejiang province, on Wednesday. 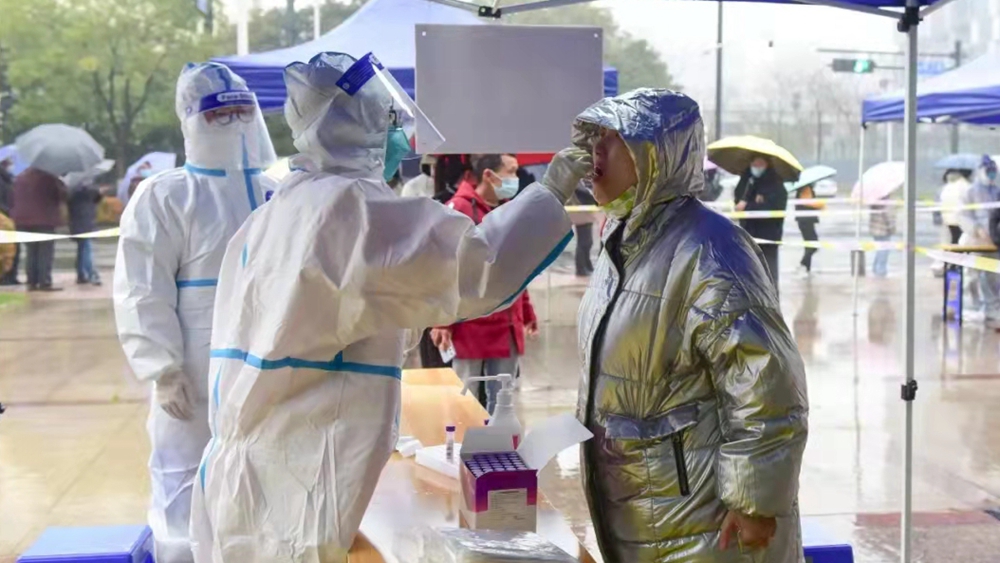 The two, a mother and a daughter, traveled from outside the province to Hangzhou on Tuesday morning. The two knowingly concealed the fact that they had been in medium- and high-risk areas, an official statement said.

Upon their arrival, they took the subway and visited two shopping malls until local authorities were alerted. More than 2,000 people were temporarily isolated on Tuesday at Raffles City, one of the busiest shopping malls in Hangzhou. They will be tested and self-quarantined for seven days, with health monitoring for another seven days.

Zhejiang reported 32 locally transmitted cases of COVID-19, with 20 asymptomatic carriers, in the first 15 hours on Wednesday, provincial health authorities said at a news conference, adding that closed-loop management will be put in place for people from medium- and high-risk areas.