WUHAN, Jan. 23 (Xinhua) -- China locked down Wuhan, a megacity with a population of over 10 million, Thursday in an unprecedented effort to curb the spread of a deadly novel coronavirus.

From 10 a.m. Thursday, all public transportation, including city buses, subways, ferries and long-distance coaches in Wuhan in central China have been suspended, and outbound channels at airports and railway stations have also been closed until further notice.

Citizens should not leave the megacity without specific reasons, according to a notice issued in the wee hours of Thursday by Wuhan's headquarters for the control and treatment of pneumonia caused by the novel coronavirus. 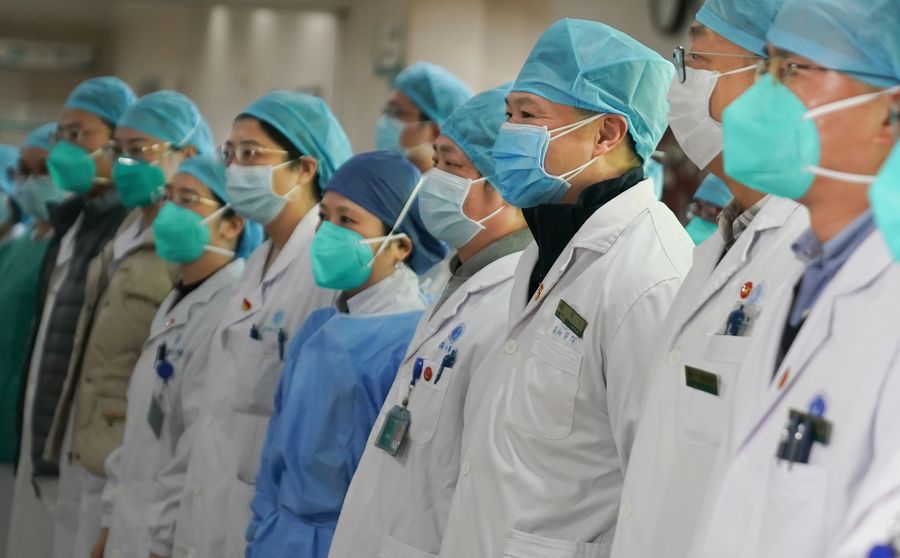 Medical staff of Union Hospital affiliated to Tongji Medical College of Huazhong University of Science and Technology attend a ceremony to form a "assault team" in the fight against the pneumonia caused by the novel coronavirus in Wuhan, Jan. 22, 2019. (Photos: Xinhua)

At about 10:15 a.m. Thursday, all metro stations in the city have been closed. A Xinhua reporter went to a public transport hub and was told all buses "returned to the parking lot by 11:00 a.m."

All the entrances at the Wuhan Railway Station and many expressway entrances in Hubei Province, where Wuhan is located, have been closed. Some passengers are stranded at the stations or airports.

Since there will be no buses operating when he gets off work, Yan said he will "just walk back home as exercise." 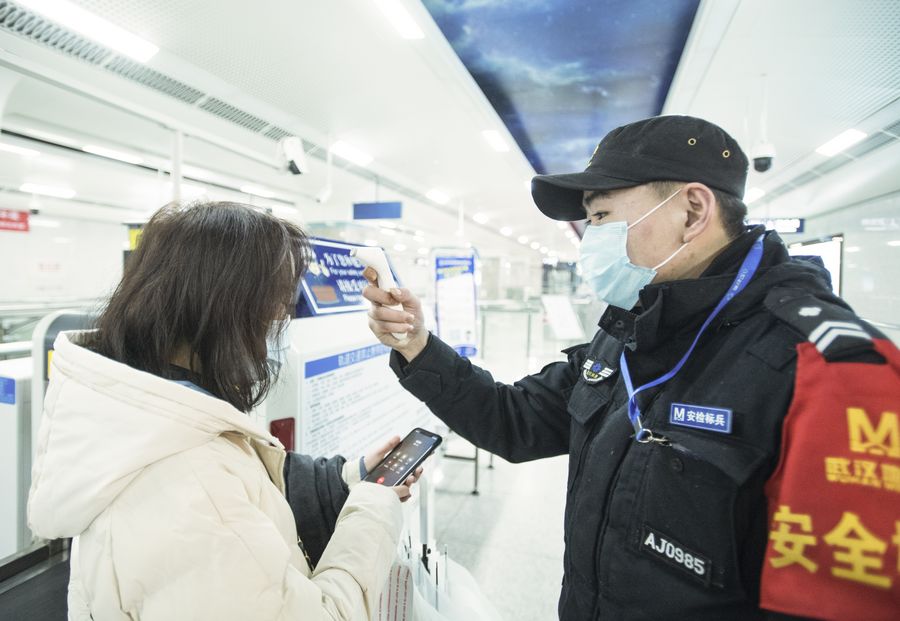 Wearing a proper mask is an effective way to avoid infection, according to medical experts. The authorities in Wuhan, therefore, have demanded that all residents in Wuhan wear masks in public places.

"Staff of state organs, enterprises and institutions shall wear masks at work, and operators of public venues should set up eye-catching signs to request residents to put on masks before entering," said a notice issued by the Wuhan municipal government. "Those who disregard the warning will be punished according to relevant laws and regulations," it added.

Many local residents are busy purchasing food and daily necessities for the upcoming Spring Festival. According to the provincial commerce department, the province will strengthen the monitoring of grain, oil, meat, eggs and vegetables, increase stocks during the Spring Festival holiday to ensure stable supply, and intensify environmental sanitation control.

"About 70 percent of the vegetables in Wuhan come from other provinces and regions. The price has gone up slightly, but there has been no panic-buying," said a local vendor in Wuchang District of the city. 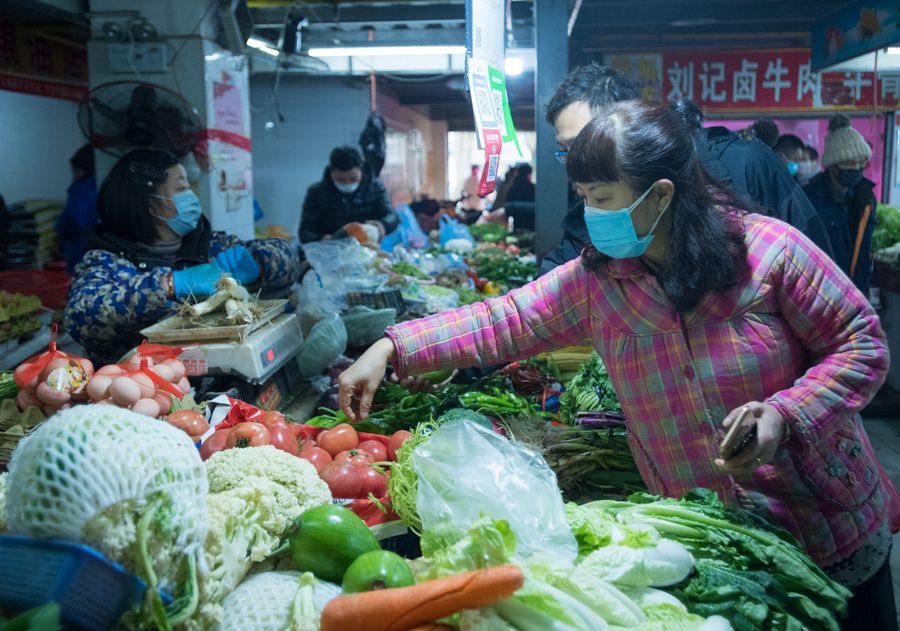 The Wuhan municipal department of culture and tourism Wednesday suspended group tours through all local agencies from Jan. 22 to Feb. 8 and ordered agencies to cancel all group tours planned after Jan. 30. For trips before the date, travel agencies are required to grant refunds to all customers.

The measures will be taken in a bid to "effectively cut off the virus spread, resolutely curb the outbreak and guarantee people's health and safety," said the headquarters' notice.

Affected by the outbreak, all seven Chinese movies set to be aired during the Spring Festival holiday have been canceled or postponed. The total Chinese box office during the holiday exceeded 5 billion yuan (724.6 million U.S. dollars) during last year's Lunar New Year holiday.

As of 8 p.m. Wednesday, a total of 444 cases of novel coronavirus-related pneumonia and 17 deaths had been reported in Hubei Province, according to local authorities.

Among the confirmed cases, 399 patients are receiving treatment in hospitals, with 71 in severe condition and 24 in critical condition, said Yang Yunyan, vice governor of the province, at a local press conference.

Nationwide, a total of 17 people had died and 571 cases were confirmed in 25 provincial-level regions in the country by the end of Wednesday. The deaths, all in Hubei, were aged between 48 and 89, according to the commission.

Confirmed cases have also been reported in the regions of Hong Kong, Macao and Taiwan, as well as in the United States, Japan, the Republic of Korea and Thailand.

The World Health Organization (WHO) on Wednesday night local time extended to Thursday its emergency talks on whether the novel coronavirus outbreak in China constitutes a Public Health Emergency of International Concern.

Lauding China's immediate detecting and sharing of the sequencing of the virus, WHO Director-General Tedros Adhanom Ghebreyesus believed that those actions will "minimize the chances of this outbreak spreading internationally."