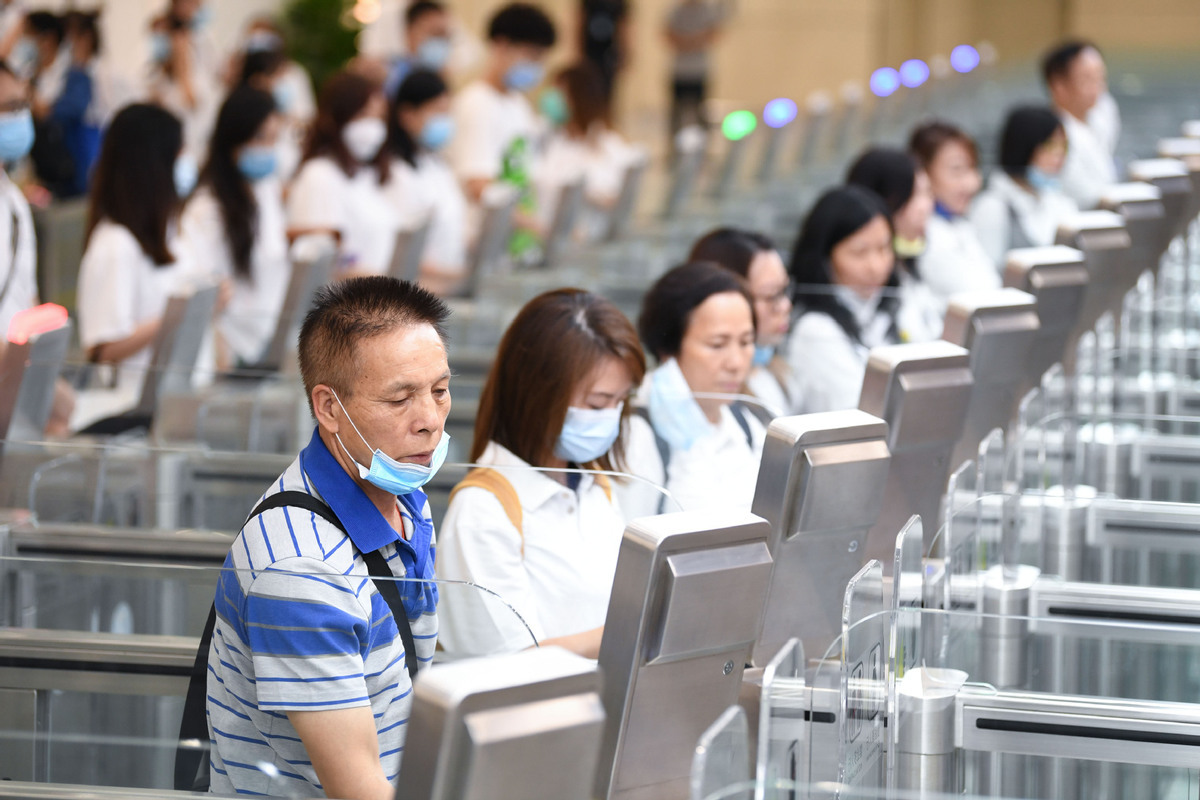 All passengers inbound for China are being required to undergo an additional week of quarantine at home after completing two weeks of quarantine at designated hotels in Guangzhou, Guangdong province, a health official said. The rule takes effect on Friday.

The passengers will not be allowed to leave home during the second quarantine, said Chen Bin, deputy director of Guangzhou's health commission.

Previously, inbound passengers were required to stay at home for a week of monitoring after having completed two weeks of quarantine in designated hotels, but they were allowed to leave home as needed.

The new measure was introduced after a returning student tested positive for the coronavirus again after having completed two weeks of isolation in an isolate hotel on Thursday.

The student surnamed Zheng, 24, flew back to Guangzhou from Britain on July 24 and received a negative test result during quarantine. But he developed fever and walked to a local hospital to seek medical help on Wednesday night.

Zheng's follow-up test result came back positive early on Thursday morning and he was later found to be infected with the Delta variant.

He has now been sent to Guangzhou No. 8 People's Hospital, a designated hotel for COVID-19 patients, for treatment and is reported in stable condition, Chen said.

Departments in the Tianhe district, where Zheng lives, immediately launched an epidemiological investigation and began to disinfect venues that Zheng had visited. Zheng had left home for a walk in his housing estate, went shopping at a local supermarket and a hardware store and visited a canteen during his home monitoring.

All residents along 11 streets in Guangzhou and all of Zheng's close contacts must be tested to prevent the coronavirus from spreading.

As of 8 am on Friday, all test results had come back negative, Chen said.