Chief executive of the Hong Kong Special Administrative Region (HKSAR) Carrie Lam has called the attention to the incorporation of the city’s vision into the national five-year plan running through 2025, an enabler of infinite opportunities. This happens at a time when there’s immense media spotlight on an overhaul of the city’s electoral system amid the ongoing two sessions. 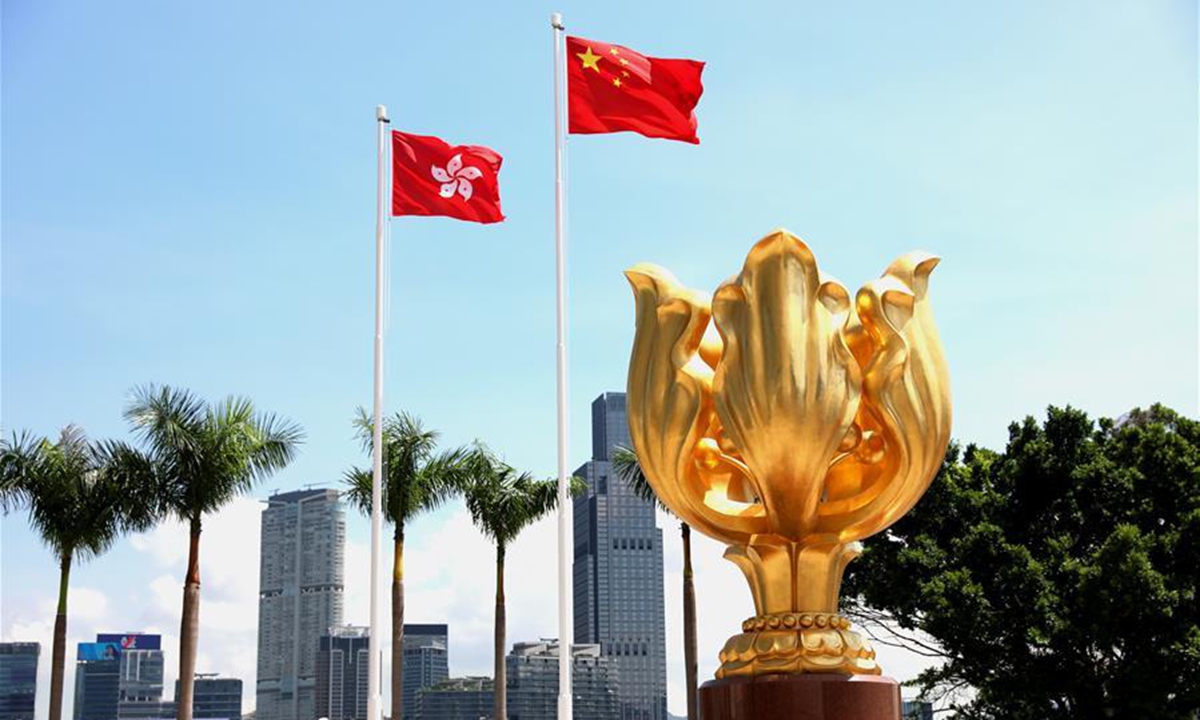 In a late-evening post on her Facebook account on Friday, Carrie Lam wrote that as the last item on the agenda for the opening meeting of the fourth session of the 13th National People's Congress (NPC), Wang Chen, vice-chairman of the NPC Standing Committee, illustrated an improvement of the HKSAR’s electoral system.
In a statement on the same day on the national legislature’s deliberation on improving the electoral system to implement "patriots governing Hong Kong, Lam said she welcomes the central government to take the lead in improving the electoral system and vows to fully cooperate.
Lam, however, noted that the Hong Kong-related part in the 14th Five-Year Plan (2021-25) generated little mention in the Hong Kong media.
The five-year plan mentioned the HKSAR in its chapters about holding onto the “one country, two systems” principle, pushing for national unification, and maintaining the long-term prosperity and stability of the HKSAR and Macao SAR.
NPC deputies, grouped into delegations, held a plenum on Saturday to deliberate the draft outline of the 14th Five-Year Plan and the long-range objectives through the year 2035. Members of the Chinese People's Political Consultative Conference (CPPCC), also hosted panel discussions about the draft outline on Saturday.
“On one hand the central government focuses on the electoral system reform to ensure only patriots govern Hong Kong, staying true to the aspirations of ‘one country, two systems,’ on the other hand it develops a framework for Hong Kong’s development in the 14th five-year plan,” Tian Feilong, an associate professor at Beihang University's law faculty and a member of the Chinese Association of Hong Kong and Macao Studies, told the Global Times on Saturday.
The current HKSAR government attaches substantial importance to incorporating the city into the country’s overall development plan. The HKSAR government also researched and contributed suggestions for the Hong Kong-related part in the five-year plan more than one year ago, according to Lam. She also said she was glad to see the central government adopt the majority of the suggestions the HKSAR government had proposed.
Compared with the 13th Five-Year Plan (2016-20), the new five-year plan adds the support for Hong Kong’s plans to build an international innovation and sci-tech center, establish itself as a global aviation hub, and develop a Chinese-foreign cultural and art exchange center.
“Officials from the Chinese mainland once told me that to write visions of government departments or provinces and cities into the national five-year plan would be ‘one word worth of one thousand pieces of gold,’” Lam said in her post. The 500-plus-word support for Hong Kong in the new five-year plan will bring infinite opportunities for the city.
She revealed that the HKSAR government will elaborate on its work after the national legislature passes the draft for the 14th FYP.
Wide-ranging motions and proposals to make Hong Kong an increasingly integral part of the Chinese economy are one of the highlights of this year’s two sessions.
Witman Hung Wai-man, a Hong Kong-based deputy to the NPC, suggested cooperative pilot tests of the digital currency in Shenzhen, South China's Guangdong Province and the HKSAR, which are part of the Guangdong-Hong Kong-Macao Greater Bay Area (GBA).
More research on cross-border businesses involving digital currency could be done and Hong Kong-invested companies on the Chinese mainland could be the first to benefit from such opportunities, the NPC deputy told the Global Times.
Additionally, lawmakers and political advisors are proposing the creation of an EU-style "passport" mechanism for financial services in the GBA.
Bai Hexiang, an NPC deputy and head of the People's Bank of China's Guangdong branch, in his proposal urged the exploration of what he called a "single pass" mechanism and other reforms to bolster financial connectivity in the GBA.
Peter Wong Tung Shun, a CPPCC National Committee member and HSBC’s Asia-Pacific chief executive, also proposed that a "single pass mechanism" should be created for licenses and qualifications for financial institutions in the GBA region.