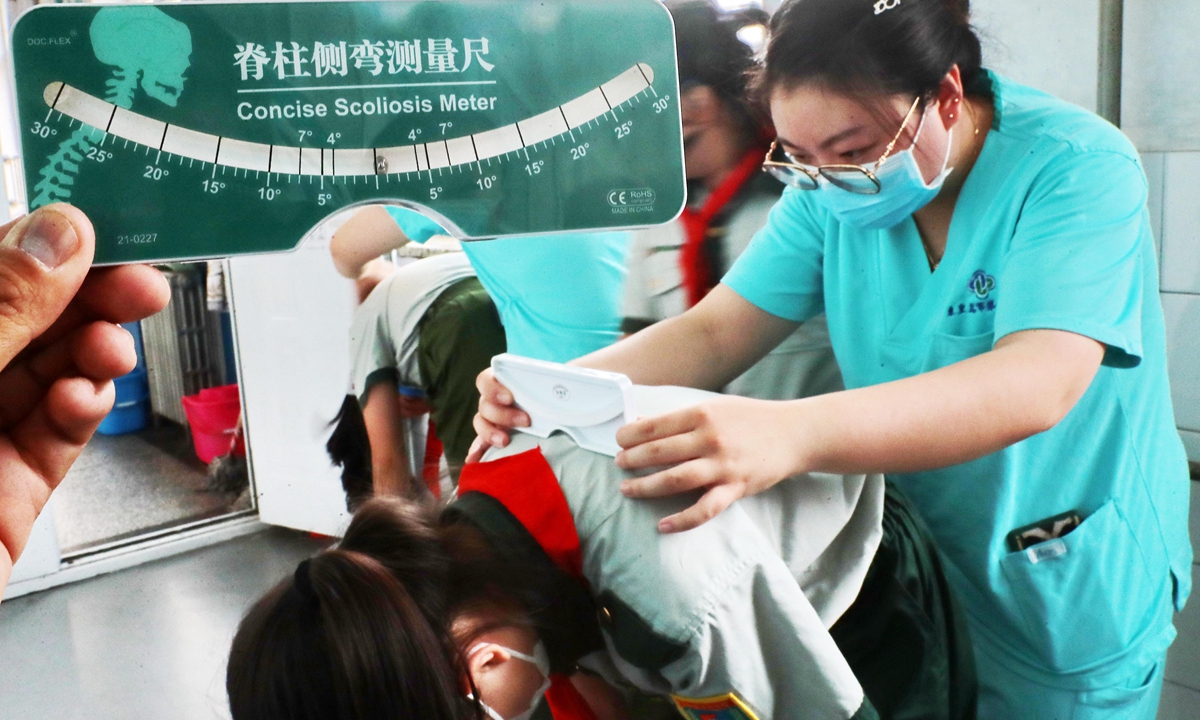 Spinal deformity has become the third most harmful disease for Chinese children and adolescents after obesity and myopia, with over 5 million primary and high school students currently expected to suffer from scoliosis, with an annual increase in cases of about 300,000. Experts attribute the problem to incorrect sitting and dancing postures.

A spinal deformity screening conducted by Hangzhou Fuyang Traditional Chinese Medicine Orthopedics Hospital since last year among all grade five and grade eight students in Fuyang district in Hangzhou city, East China's Zhejiang Province, shows that as many as 9.2 percent of them were suspected of or diagnosed with having scoliosis, and the ratio of female and male students with the students was 4 to 1, according to a CCTV report.

Generally speaking, posture is considered one of the reasons for the spinal deformity, according to He Xiaodan, a doctor from Hangzhou Fuyang Traditional Chinese Medicine Orthopedics Hospital, who noted that sitting for too long with improper posture can cause scoliosis.

Furthermore, data from the screening shows a higher proportion of scoliosis among junior high school female students. Apart from their incorrect sitting and sleeping postures, more than 80 percent of the patients have practiced dancing.

Experts consider scoliosis as muscle-originated, He said, explaining that the unbalanced exertion of muscular strength can gradually cause progressive scoliosis.

China's National Health Commission released technical guidelines on the prevention of spinal deformity in children and adolescents last year, requiring the inclusion of scoliosis screening into students' routine physical examinations and for the results to be recorded.

Spinal deformity is often neglected in its early stages as there are no obvious symptoms or apparent body deformities.

But the condition will get worse as the patient ages and further affect the balance between body, breathing and heart functions, and could even lead to paralysis.

According to Xiao Bin, a doctor from the Spinal Surgery Department of Beijing Jishuitan Hospital, incorrect sitting postures can cause spinal deformity but this kind of scoliosis can be adjusted.