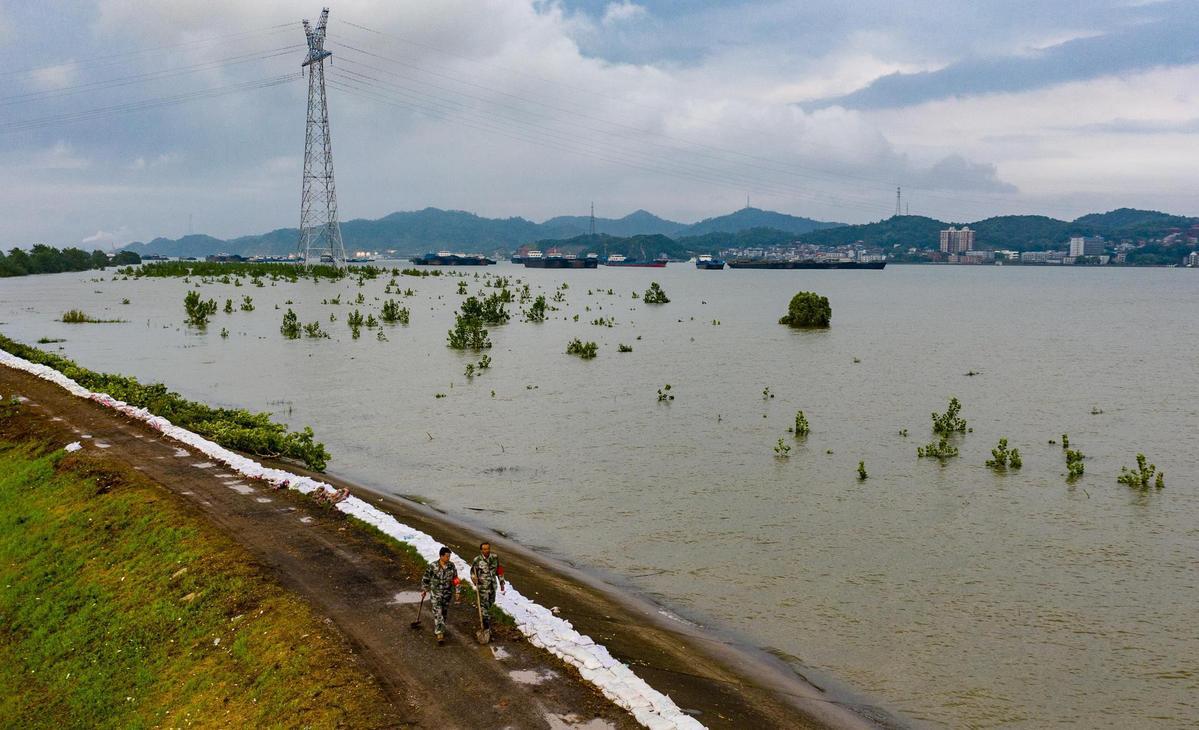 The floods that have wreaked havoc in many parts of the country since May have unavoidably affected agricultural production, which was already under pressure because of the measures introduced to prevent and control the spread of the novel coronavirus since January. So the question is to what extent has this summer's grain output been affected.

Last week, the National Bureau of Statistics said the grain output this summer hit 142.8 billion kilograms, up 0.9 percent year-on-year. Which should dispel people's concerns. How has the country been able to increase its grain output when floods were shown submerging large swaths of farmlands in its grain-production areas?

As Xinhua News Agency reported, the answer lies in the increase in grain output per unit of the land, thanks to the improvement of the agricultural production efficiency that has come from the increased inputs into agricultural science, water conservancy projects and mechanized farming.

The improvement of the agricultural production efficiency in recent years has effectively offset the negative influences cast by the decline in the number of villagers doing farming.

Over the past decade, the number of migrant workers in China has increased from 242 million to 291 million, many of them have rented their farmland to professional agricultural producers cooperatives, stitching small patches of farmland that used to be cultivated by different families into large professional farms that are now managed in accordance with modern agricultural production methods.

The scale of production has greatly increased the output per unit of land while reducing the input of manpower and funds. In other words, were it not for the floods, the increase of grain output this summer could have been even larger.

Despite this, the floods indicate that the country should continue to increase its inputs in agricultural water conservancy projects, as well as other infrastructure related to the rural areas, and into research and development of agricultural science and technology, while giving full play to big-data technology and e-commerce to further improve the production efficiency of agriculture.

Such inputs are a strategic investment to guarantee the country's food security and social stability.