CHINA India boasts winter war supplies, but its logistics are not as good as it claims

India boasts winter war supplies, but its logistics are not as good as it claims 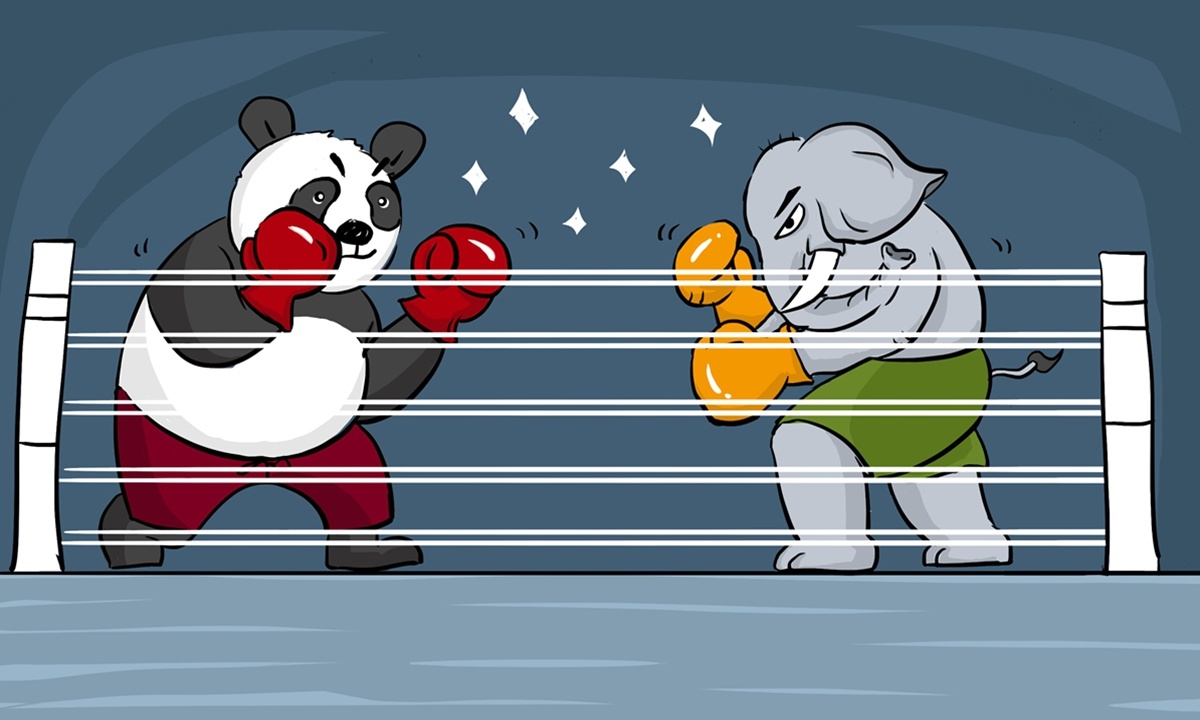 India is engaging in psychological warfare by claiming that its army is preparing for winter as tensions between China and India rise, observers said, noting that neither the transportation nor the supplies of the Indian army in the glacier-covered region is as good as India claims.

The Indian army is ready to be deployed in the harsh winter months as its has stocked up all essential supplies, including food, clothing and fuel for soldiers in Ladakh, Indian Major Gen. Arvind Kapoor was cited by ANI as saying on Tuesday.

Kapoor also said that India's logistics infrastructure is so smartly built that any formation coming from the outside can join the units seamlessly and be effective.

"India is engaging in psychological warfare and wants to portray itself as tough to pacify its people. However, its infrastructure construction to the Ladakh area and ability to conduct large-scale operations in winter, and to supply frontline soldiers are not as good as it claims," Qian Feng, director of the research department at the National Strategy Institute of Tsinghua University in Beijing, told the Global Times on Wednesday.

Although the Indian army has gained rich experience in stationing or having very small operation in high, cold glacier covered regions, its non-combat death rate in these areas remains high, Qian said.

"Weather and terrain in Ladakh are the major challenges for large-scale military operations in winter, which requires smooth and quick logistical support and medical supplies," Qian said, noting that India is short in these areas.

Transportation infrastructure is another factor that limits the Indian army. There are no complete railways to the Ladakh area, and the roads are not enough or good to swiftly transfer soldiers. The Indian army uses military transport planes to fortify the number of soldiers and tanks to the border areas.

Hindustan Times has reported since 2019 that India has sharpened its focus on scaling up infrastructure along the border, and set a target of three years to complete all 61 strategic road projects along its northern frontier.

After the skirmish in Galwan Valley, two Indian soldiers died in accidents in "constructing a bridge" in the area, the India Express reported.

China has an advantage in logistical support, transportation and infrastructure construction in its northwest region, observers said, noting that the Chinese People's Liberation Army (PLA) has organized a large-scale operation featuring thousands of paratroopers and armored vehicles to the Tibet Autonomous Region from Central China's Hubei Province. The entire process was completed in just a few hours, demonstrating China's capability to rapidly reinforce border defenses when necessary.