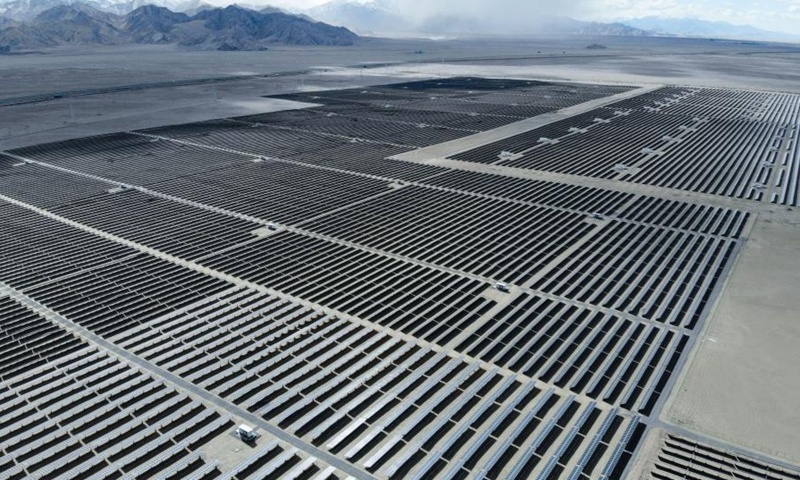 India ranked as the third-largest buyer of China’s solar modules in the first five months this year, showing that India’s efforts to decouple its solar industry from China are failing, industry observers said.

According to statistics released by the China Photovoltaic Industry Association on Thursday, India accounted for 9.1 percent of China’s solar module export value, equal to $7.46 billion, rising from 4.9 percent during the same period in 2020.

However, as Indian Prime Minister Narendra Modi hopes to push forward his goal to develop clean and green energy, the country is ramping up efforts to create a solar revolution and shake off its dependence on solar products from China.

“The main aim is to attract more solar companies to invest in India and protect Indian solar products,” Liu explained, warning that once the customs duty rise comes into effect, it will affect China’s solar product exports to India.

An article by The Diplomat in March said that as of 2020, India produced 36GW of solar energy out of 90GW of renewables, and nearly 85 percent of its solar equipment was imported from China.

The top five exporters to India in terms of module volume during 2020 were Chinese enterprises including LONGi Green Energy Technology and JinkoSolar.

Two decades ago, China and India were both at the bottom in the global solar industry. However, by lowering costs and developing technologies, China now leads the global industry in terms of solar module capacity.

In the first five months, the export value of Chinese solar modules soared by 34.4 percent, the solar association said.