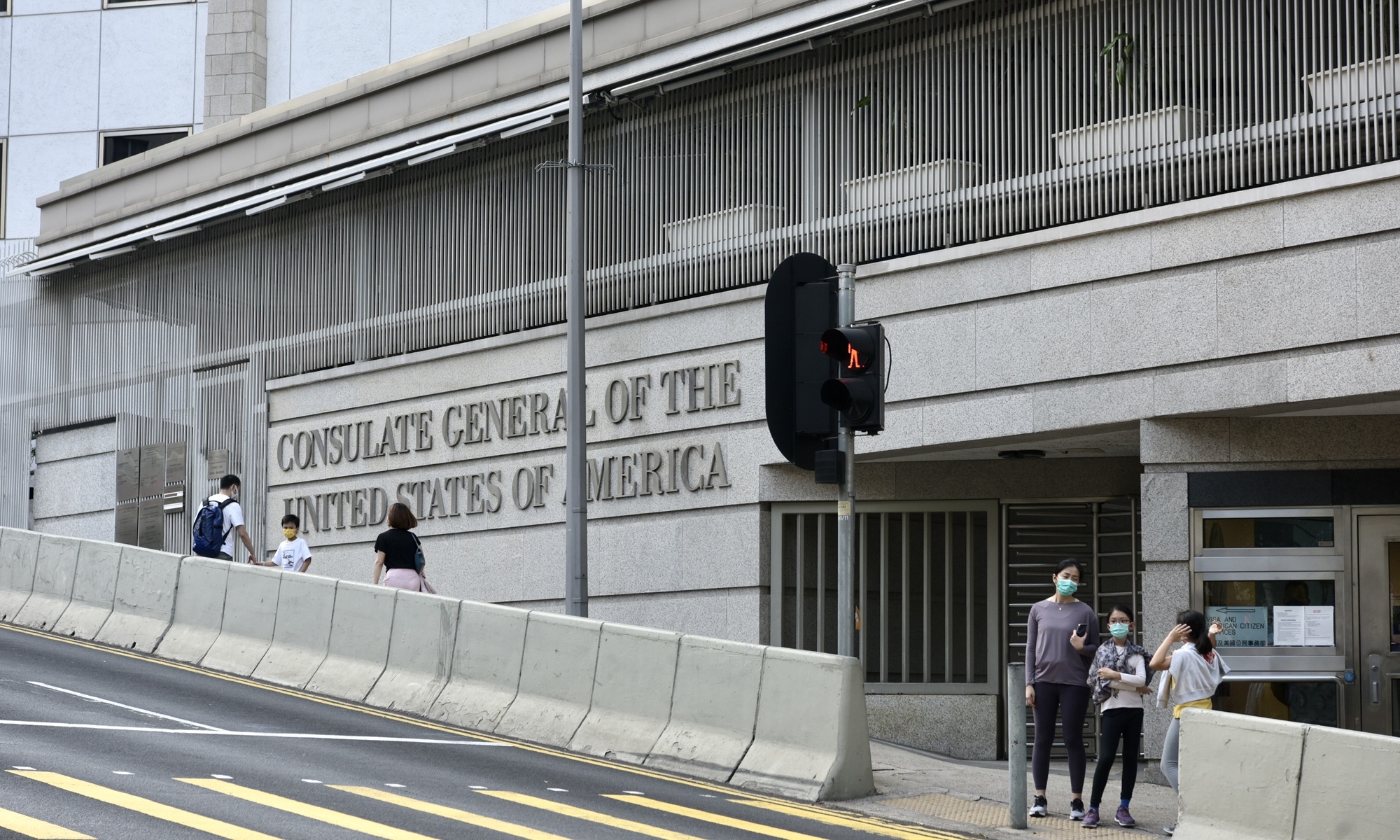 The US consulate in Hong Kong. (Photo: cnsphoto)

Two employees of the US consulate in Hong Kong have tested positive for COVID-19 but refused to be quarantined, local Hong Kong media reported Monday. Their behavior has drawn public outcry as of Monday afternoon.

"We have been informed that two Consulate General employees have tested positive for COVID-19. Due to privacy concerns, we are not able to share additional information," according to an official announcement published by the consulate on its website on Monday, confirming the situation.

According to local media Dot News, both employees refused to accept the quarantine arrangement on the grounds of diplomatic immunity. They are still roaming the community after the preliminary diagnosis and working in the consulate, posing a huge potential hazard to the prevention and fight against the epidemic, Dot News reported on Monday, quoting government sources.

While notifying the consulate's indefinite temporary closure, the consulate did not respond to earlier news that two employees had refused to be quarantined.

" We can confirm that the employees in question do not work in offices that interact with the public," said the consulate. "We have closed the Consulate General to perform a deep disinfection and cleaning, while appropriate contact tracing is completed."

Hong Kong's Secretary for Food and Health Sophia Chan Siu-chee said on Monday that the two cases will be handled seriously.

"Those who tested positive in initial tests also need to be isolated as soon as possible. We must find their close contacts and do more tests," Chan said.

"They can do whatever they want to do in the US, but they must obey local rules as long as they are in the Chinese territory," a netizen wrote on China's Twitter-like platform Sina Weibo, slamming their irresponsible behavior.

"The Chinese government should evict them from the country," another said.

Chan said that government authorities have contacted the US consulate regarding the issue. The government will announce any update on the issue as soon as possible.

The US consulate in Hong Kong could not be reached for comment as of press time.