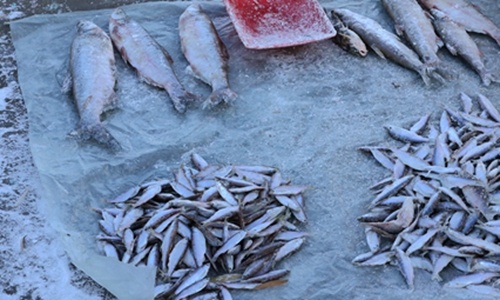 The new transmission route of the virus sparked discussions on the unexplained Wuhan outbreak. Some experts said it is possible that the source of the virus in Wuhan's Huanan seafood market was also linked to the cold-chain industry, although there is not yet any evidence to point to that. Others believed it was not possible that transmission through imported frozen food could result in such large infection numbers in Wuhan.

According to guidelines on COVID-19 prevention in the production and operation of cold-chain food issued by the National Health Commission on Tuesday, once a person working in the cold-chain food industry is infected with the coronavirus and is not immediately removed from the post, the virus may contaminate the surface of food and its packaging through the infected person and spread further.

The guidelines offered advice on COVID-19 prevention measures in each cold-chain link - production, loading, transportation, storage and selling - and recommendations for emergency response in suspected COVID-19 cases and positive samples.

This means that in addition to general personal hygiene requirements, loading and unloading workers should wear protective clothes and hats before handling goods, use disposable medical masks or surgical masks and gloves, and wear goggles when necessary to avoid frequent contact with the surface of goods.

The guidelines were issued after several Beijing institutions jointly announced in a paper that the source of the Beijing Xinfadi outbreak in June was most likely food imported from countries with the pandemic. Transmitting through cold chain transportation could be the new means of coronavirus transmission, the paper said.

Previously at a press conference in Qingdao, East China's Shandong Province, the deputy mayor of Qingdao said that sufficient evidence has been found to show that coronavirus could stay alive for long periods under freezing conditions and infect people from goods.

He said that we used to think more about wild animals as the source of the virus, but new epidemiological data and laboratory data suggested that we need to open our minds further and think about seafood as a possibility. Of course, we need scientific research before jumping to conclusions, he told the official newspaper of the Communist Party of China (CPC) Central Commission for Discipline Inspection (CCDI) last week. 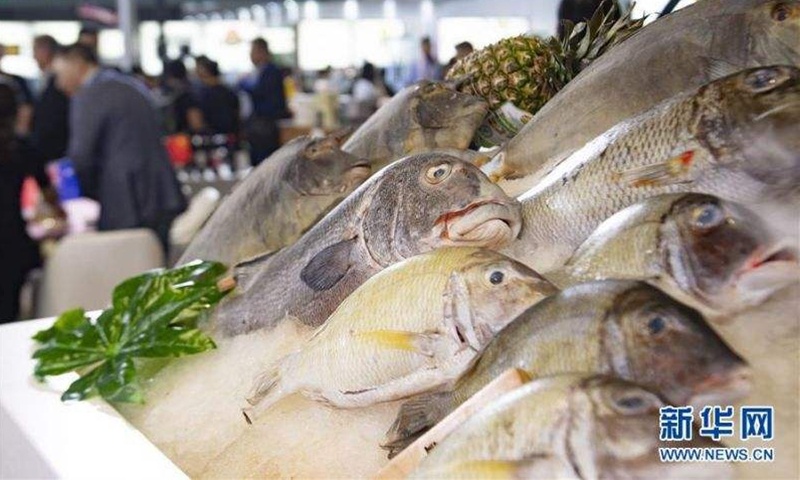 The confirmation of the new transmission route also triggered speculation over whether it was wildlife that first passed the virus to humans.

As early as the Xinfadi market outbreak in June, Wu Guizhen, chief biosafety expert at CDC said both Beijing and Wuhan's outbreak were linked to wholesale markets, but unlike Wuhan, the chances that wild animals caused the Beijing outbreak was very small, indicating that the source of the virus was actually a person infected with the virus or contaminated food, according to the CCDI newspaper.

However, Jin Dongyan, a biomedical professor at the University of Hong Kong, told the Global Times on Wednesday that so far, the outbreaks linked to the cold-chain industry have not resulted in massive outbreaks, and the possibility of the industry causing large outbreaks like the one in Wuhan was very small.

He believed that the viral load on food packaging was relatively low and will probably not result in infections of large numbers of people.

According to statistics released by CDC, as of September 15, 24 provinces in China reported 3 million test results of samples from the frozen food industry, and only 22 of the samples from food and its packages were found to have coronavirus, and they all had low viral loads.

"If we assume imported frozen food packages caused the Wuhan outbreak in December 2019, then there has to be evidence of the COVID-19 outbreak in countries or regions where we imported the contaminated food from at that time, and the viral sequences of the country's outbreak should share many similarities with sequences in Wuhan outbreak," Jin said, noting that so far we have no evidence pointing to that.