CHINA Infections in Baoshan confirmed as BA.5 sub-lineage of Omicron

Infections in Baoshan confirmed as BA.5 sub-lineage of Omicron 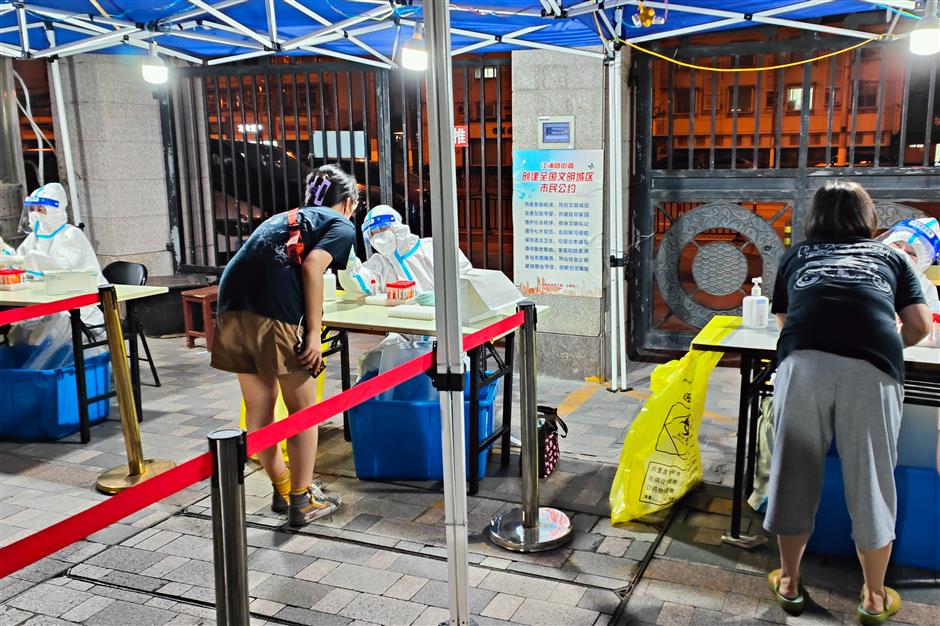 Infections from a quarantine site in north Shanghai have been confirmed as the highly-contagious Omicron BA.5 sub-variant, the city's center for disease control and prevention said on Monday.

An employee working at a quarantine hotel in suburban Baoshan District and two of her family members have tested positive for the BA.5.2.1 coronavirus strain, which is fueling a new wave of infections globally.

However, no other related infections have been detected so far apart from the three cases, Sun Xiaodong, deputy director of the CDC, told the city's COVID-19 press briefing.

The 32-year-old quarantine hotel worker has been held by police for allegedly spreading COVID-19 by breaking pandemic control rules. She went back home without permission though she was subject to closed-loop management and banned from leaving the hotel.

After testing positive, she lied about her whereabouts during the epidemiological survey, causing the further infections of her family members. Her community has been designated as a high-risk area and put under lockdown.

Shanghai detected its first Omicron BA.5 community infection in the Pudong New Area in early July, which was tracked back to an imported case.

The more-infectious sub-lineage BA.5 is characterized by its faster transmission and higher ability to evade immune protection than the previously dominant BA.2 sub-variant

An increasing number of infections have been reported in Baoshan and Yangpu districts recently, mainly designated drivers, delivery and logistics staff as well as wholesalers at local markets, said Sun.

"They had wide social contacts and complex movements, posing high risks of transmission once infected," he explained.

A clear epidemiological link has been detected between the key infections at a warehouse in Baoshan and a grocery market in Yangpu, the official added. 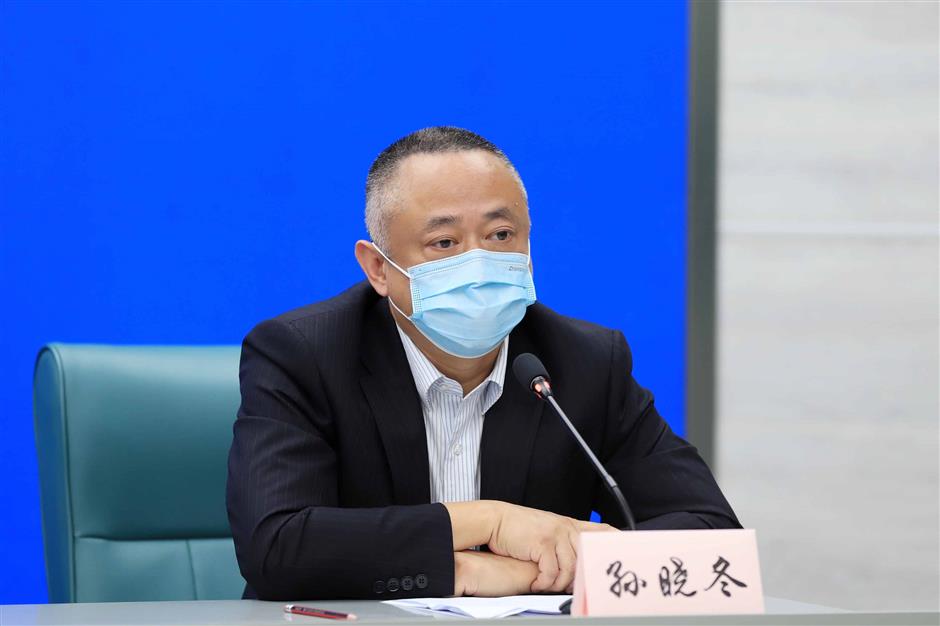 Sun Xiaodong, deputy director of the Shanghai Center for Disease Control and Prevention. 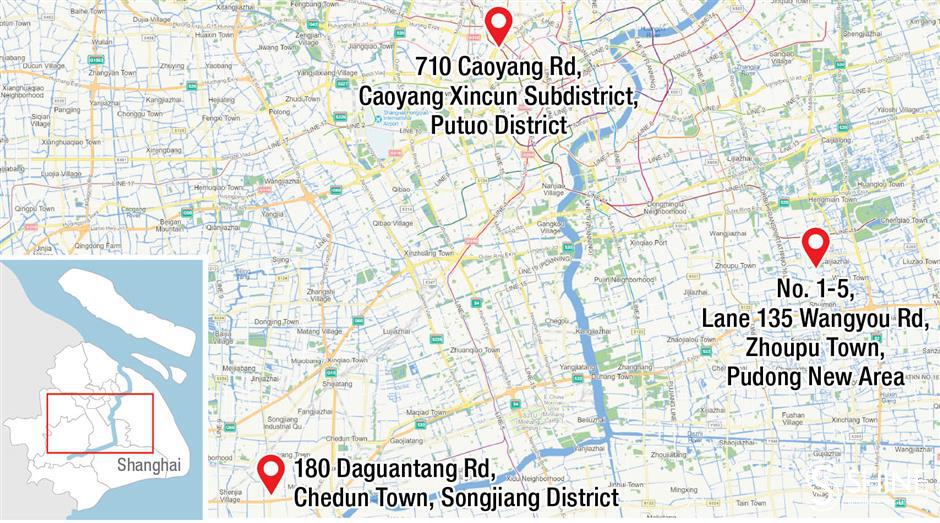 Three high-risk areas were designated on Monday in Putuo and Songjiang districts as well as the Pudong New Area. (Photo: Shine)

A wide range of screening and control measures were launched in the two districts over the weekend to contain the spread of the coronavirus.

Several blocks in Yangpu's Wujiaochang, Daqiao and Dinghai Road subdistricts have been put under lockdown for a week as medium-risk areas.

Every resident in the two districts are subject to three-day nucleic acid testing from Sunday. Neighborhood compounds and villages are put under lockdown when testing begins and until the results come out. Employees are also required to show their 24-hour polymerase chain reaction (PCR) report at workplaces and avoid going to public places

The Baoshan government has asked residents to reduce dining at restaurants or gathering in public places. Some eateries, cinemas and enclosed venues will be closed temporarily.

Companies, office parks and office buildings in the suburban district are encouraged to stagger working hours or let employees work from home.

Amid the pandemic, Sun reiterated the importance of COVID-19 vaccination to local seniors, who were likely to get infected by their family members, caregivers or friends.

A full two courses of COVID-19 vaccines can reduce the risk of severe symptoms to the elderly by 60 percent, while a third booster shot can further lower the risk by 90 percent, he pointed out.

Meanwhile, the city's health commission stipulated on Monday that everyone entering local tourism spots or hotels must have a 48-hour PCR test report, while their employees must receive daily PCR tests, according to Zhao Dandan, deputy director of the commission.