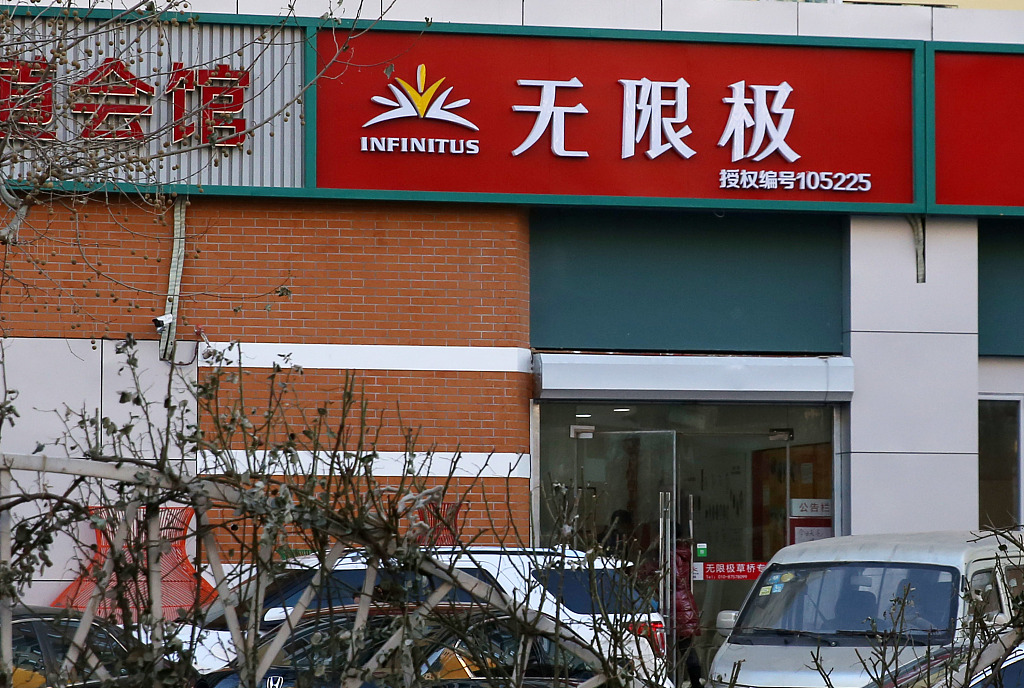 Market regulators in Xi'an, Shaanxi province, have launched an investigation into the local branch of Infinitus, a multibillion-yuan health products company based in Guangzhou, Guangdong province, following allegations that its products damaged a toddler's heart.

The probe aims to discover if the branch of the direct-selling giant, and employee Fan Le, exaggerated the products' effectiveness to sell them to the girl's family and other consumers, Xinhua News Agency reported on Saturday. The article cited the Xi'an administration of industry and commerce.

Market regulators in Guangdong also urged Infinitus and 31 other major health products companies in the province－including Amway and Perfect－to abide by the law and protect consumers' rights, the article said.

It was put in the spotlight after Tian Shuping, from Shangluo, Shaanxi, posted her daughter's health records online on Wednesday, along with details of a conversation with Infinitus salesman Fan on WeChat.

Tian was introduced to Fan by a friend in July 2017, after her daughter, who was 3 years old at the time, became infected with Helicobacter pylori－a digestive tract bacterium that can cause stomach cancer－ThePaper, a news website, reported.

Fan persuaded Tian to choose Infinitus products for treatment and suspend the use of drugs prescribed by hospital doctors between July and November 2017. During that period, Tian spent nearly 80,000 yuan ($11,805) on Infinitus products.

The WeChat conversation shows Fan continued to try to persuade Tian to stick with the company's products in January last year after there was no noticeable improvement in her daughter's health. Instead, the girl developed conditions including low blood sugar and a heart problem attributed to the buildup of medicines in her body.

ThePaper reported that Infinitus offered compensation of 600,000 yuan on condition that Tian withdraw all the complaints she had lodged and eliminate the negative influence of her whistleblowing, which she refused to do.

Another whistleblower spoke up against the company on Thursday. Liang Qichao, from Xinmi, Henan province, told ThePaper that his son, Liang Hong, had been using Infinitus products for more than a year before he died in February last year.

A victim of toxic milk powder containing melamine as a child, Liang Hong developed renal problems and kidney stones in 2014 at age 14.

In July 2015, the Liang family was introduced to an Infinitus instructor and went on to spend more than 46,000 yuan on the company's products over the next year. Liang Hong was diagnosed with renal failure in July 2017 and died seven months later.

The company released a statement on Friday saying it had launched an internal investigation and welcomed the participation of the justice and medical authorities to uncover the truth.

Founded in 1992, Infinitus mainly develops health products using Chinese herbal medicines. It has 30 branch companies and more than 7,000 franchised stores across the country, according to its website.

In December, authorities in Tianjin launched a probe into Quanjian, which is based in the city, over allegations that it made exaggerated claims in advertisements and was involved in a pyramid scheme.

A healthcare information-sharing platform, Dingxiang Doctor, had earlier accused the company of making huge profits by misleading consumers. The chairman and founder of Quanjian has been detained, along with 16 employees.

The State Administration for Market Regulation and 12 other central government departments launched a nationwide crackdown on wrongdoing in the health products market on Jan 8.