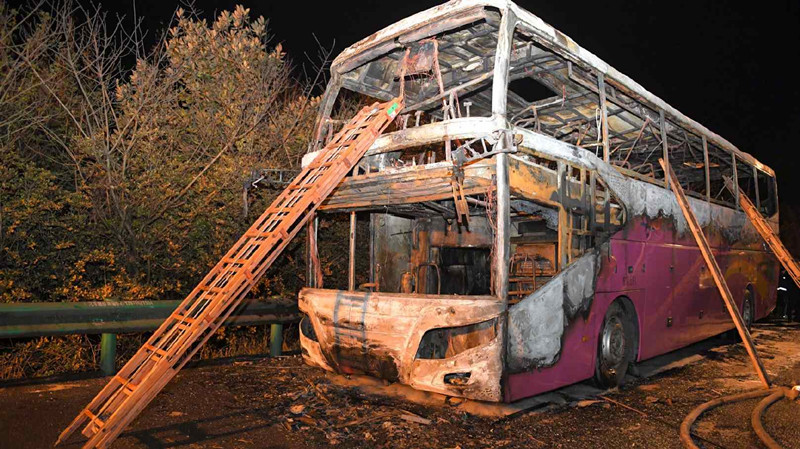 The wreckage of a tour coach bus which caught fire last Friday on a highway in central China’s Hunan Province. (Photo: Xinhua)

Chen Jiansen, a 51-year-old passenger from Henan Province, took highly inflammable pyrotechnic substances with him to board the coach in Kaifeng, Henan Province, heading to Guilin, Guangxi Zhuang Autonomous Region. He was to negotiate a business dispute with a seller in Guilin face to face after a consultation via phone failed and, if the negotiation came to nothing, to threaten the seller and seek revenge, according to the Hunan provincial public security department.

Chen was killed in the coach fire triggered accidentally by the inflammables on the way, the department said.

The 59-seater bus caught fire on a highway in Hanshou County in the city of Changde, Hunan Province. There were 56 people on board, including 53 passengers, two drivers and a tour guide.

It is illegal in China to carry inflammable or explosive substances on public transportation vehicles.