Infrastructure picks up speed in Xinjiang 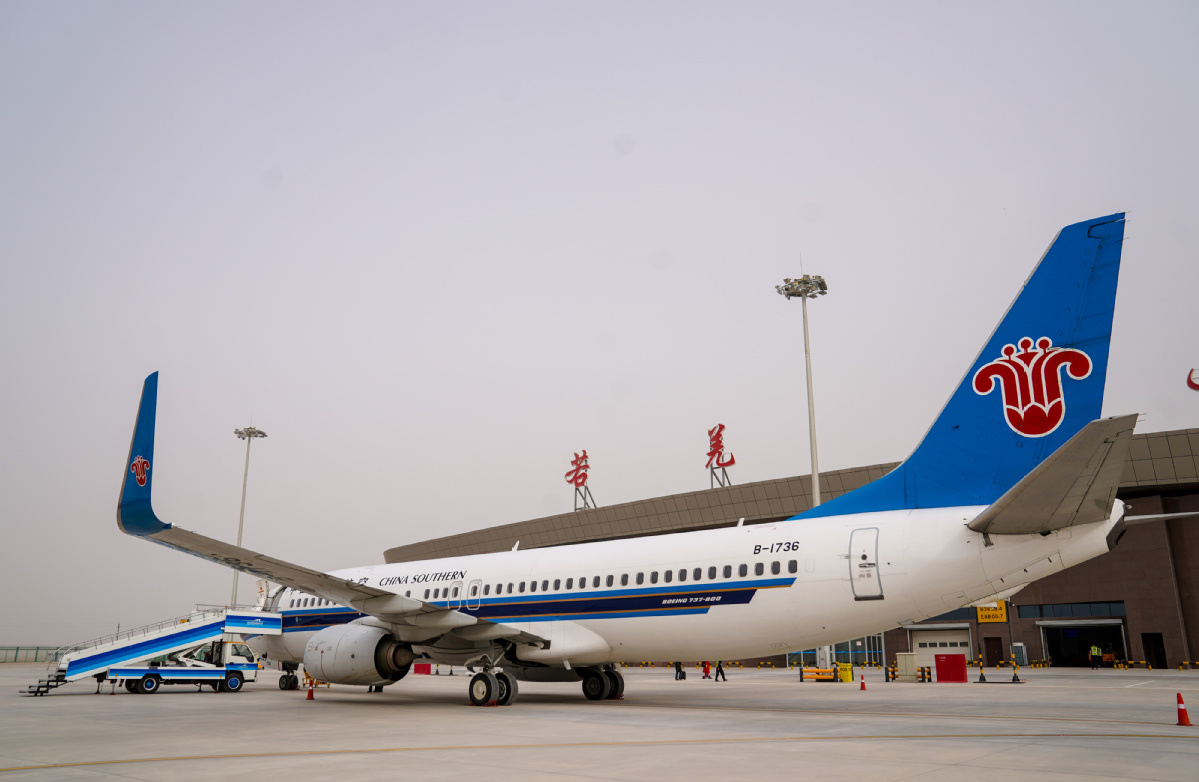 The Xinjiang Uygur autonomous region accelerated infrastructure construction in 2019, including starting a record number of airports to boost economic development, the chairman of the regional government said.

"The construction of nine airports kicked off in 2019, which is unprecedented. Now, 56 regional air routes have opened, which is a great step forward in achieving the goal of connecting northern and southern Xinjiang as well as making travel inside and outside the region faster," Shohrat Zakir, chairman of the regional government, said on Monday while delivering the government work report during the opening ceremony of the annual session of the Xinjiang regional People's Congress.

Of the nine airports under construction, four are in less-developed southern Xinjiang, including Tashkurgan county in Kashgar prefecture and Yutian county in Hotan prefecture.

Covering one-sixth of Chinese territory, Xinjiang currently has 21 airports-the most among all provinces and regions.

What's more, all prefectures and cities in Xinjiang were connected with highways by 2019. Meanwhile, the power transmission network around the Tarim Basin was put into operation in 2019, solving the problem of shortages in Kashgar and Hotan, he said.

The region plans to further invest in infrastructure construction and boost connectivity by improving rail and highway networks this year, making it a key corridor on the Silk Road Economic Belt. The highway connecting Kashgar city with Pakistan is expected to be completed this year and will support the development of the China-Pakistan Economic Corridor, Shohrat said.

Meanwhile, the region's annual GDP achieved growth of 6 percent in 2019 as the implementation of measures to root out religious extremism and fight terrorism in accordance with the law continues.

The measures have kept the region-which had experienced frequent terrorist attacks in the past-stable for more than three years. As a result, tourism in the region has boomed and significantly contributed to economic growth, he added.

Tourists visited the region, which is famous for its natural scenery and ethnic cultures, more than 200 million times in 2019, an increase of 41.6 percent year-on-year, according to the government work report.